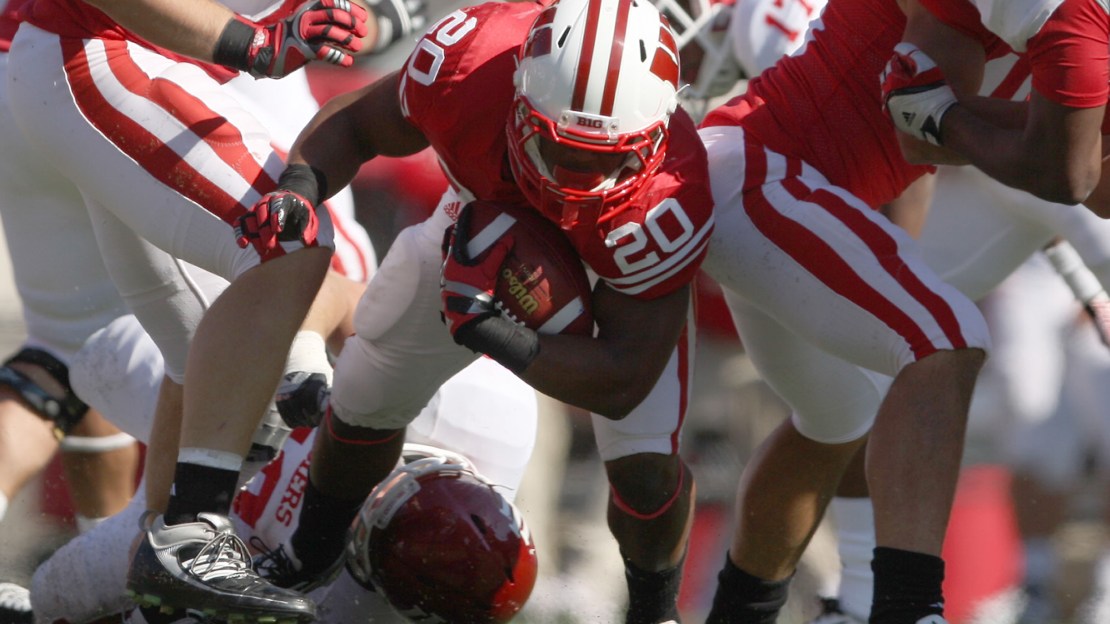 A look at some top Big Ten football news as the dust settles on spring football at seven schools.

GET TO KNOW THESE GUYS: A lot of questions envelop Penn State as it continues to find its way under new coach Bill O?Brien. Will the offensive line come together? Is there a quarterback in the house? How will the secondary look? Who will rush the passer? It?s an exhausting exercise for Nittany Lion fans. Take a moment to relax and purvey this list of five young, promising Penn State players courtesy of Stefanie Loh of the Harrisburg Patriot-News.

It?s a classic battle of Glass Half Full vs. Glass Half Empty. Among the topics: Iowa should be grateful to have the dean of Big Ten coaches in Kirk Ferentz, who is beginning his 14th season in Iowa City. But the Hawkeyes haven?t won the Big Ten since 2004. See a similar pattern to Hayden Fry, who won his three league crowns in his first 12 seasons and then only finished as high as second in his final eight seasons?

GETTING TOUGHER: Brady Hoke says his 2012 Michigan team is tougher-which is nice. The 2011 Wolverines were pretty gritty to grind out an 11-2 season that no one saw coming.  And quarterback Denard Robinson? He?s improving too.

"The two things that had gone away in Denard's game - falling off throws, or throwing off your back foot, and indiscriminate decision-making," offensive coordinator Al Borges said in a story by Angelique Chengelis of the Detroit News. "He made very few interceptions this spring. His awareness of the passing game is enhanced immeasurably."

"That might be one of the bright spots of the spring. Craig Roh showed to me he has a chance to be a pretty good football player - he plays with such a motor and is so prideful of his technique. Jibreel Black - the key to him is how strong he's going to get this summer."

BADGER OBSERVATIONS: Wisconsin still is in the midst of spring drills, coming off a scrimmage this weekend. Tom Oates of the Wisconsin State Journal offers observations.

Among them: The offensive line has an alarming lack of depth; the secondary has more size that it has had in some time; running backs James White and Melvin Gordon are going to push Montee Ball. Really; the receivers weren?t getting much separation.

?To say they?ve answered the call, I would say they haven?t yet,? receivers coach Zach Smith told Bill Rabinowitz of the Columbus Dispatch. ?Have they improved and made more plays? Yeah, but not to the level we want them to and need them to.?

The gnawing need for pass catchers on the perimeter of the offense is well-documented. Last year?s leading receiver had a scant 14 catches. Among the players trying to be the ?wow? guy in Urban Meyer?s new spread scheme are sophomores Devin Smith and Evan Spencer. Others in the mix are Philly Brown, Tyrone Williams and Chris Fields. A surprise has been early-enrollee Michael Thomas, who has a passion to get better.

?You guys will see,? Spencer said. ?Trust me. We?re very, very explosive. The offense we?re in is tailored to us. You?ll see next week and next fall.?

Spencer better be correct. If not, this could a sluggish Ohio State offense-again.

HUSKER HEISMAN: Should Nebraska running back Rex Burkhead be a Heisman contender? Lee Barfknecht of the Omaha World-Herald thinks so, regardless of what other pundits believe. And I agree.

Within the Big Ten, you have to say Wisconsin running back Montee Ball and Michigan quarterback Denard Robinson are more viable Heisman contenders entering the season. But Burkhead deserves props.

One Heisman forecaster puts the odds on Burkhead taking home the Heisman at 25-1. Those are the same odds are Kansas quarterback Dayne Crist, who just transferred to KU from Notre Dame.

I?m as miffed as Barfknecht on that. How can you even mention Crist?s name in the same breath as Burkhead?s?

To review: Burkhead ran for 1,357 yards and scored 17 touchdowns in 2011. Crist? He lost his job after one game last season and brings a 4-6 career record to Lawrence.

Just more of the Charlie Weis-Notre Dame factor at work.

Among other things, the secondary needs works. And are there any pass rushers in the house?

?That group was very grateful for the negative comments," NU coach Pat Fitzgerald told Teddy Greenstein of the Chicago Tribune. "They said, 'We deserved it' and have used that as fuel."

The maligned unit was the star in Northwestern?s spring game last Saturday, offering hope for another bowl trip in 2012, with Nick VanHoose emerging as the top corner in the aforementioned work-in-progress secondary.

?The last couple of weeks we have come together and dominated the offense," end Tyler Scott said.

My take: Brace yourselves for the unveiling of another new jersey. How crazy will Northwestern?s new togs look?

My take: Rawls? emergence this spring only makes an already-deep collection of Wolverine running backs even deeper. There?s Fitz Toussaint-a 1,000-yard rusher in 2011; Vincent Smith-a guy Brady Hoke calls pound for pound the toughest player on the team; Justice Hayes, a speed demon; and Rawls, who adds a power element.