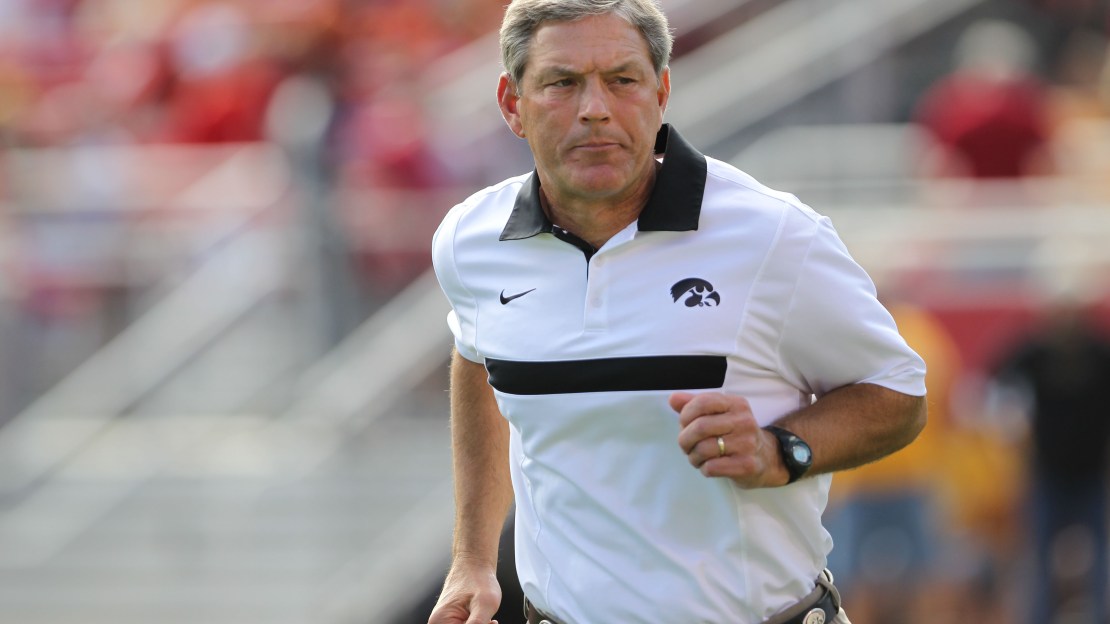 The Iowa football team held its controlled spring practice Saturday afternoon at Kinnick Stadium. Right now, watch Nico Law's bone-crushing hit, one that was so powerful it dislodged running back Damon Bullock's helmet. Good stuff. Also, in this post, watch highlights from Iowa's spring practice, see tweets from the festivities and get all of your Iowa spring coverage.

Iowa fans boo refs after reception ruled out of bounds – at practice. Not a game. We talkin bout practice. #aiforever

Jordan Cotton looks like the No. 3 WR. Explosive and making some tough grabs. #Hawkeyes

Don Shumpert drops both passes thrown his way in 9 on 7. No indication he's improved in that department. #Hawkeyes

Fullback Brad Rogers is the only RB with red jersey on. #hawkeyes WR Steve Staggs also in red.

LT Brandon Scherff looks to have slimmed down a bit. Matt Tobin working with OTs.