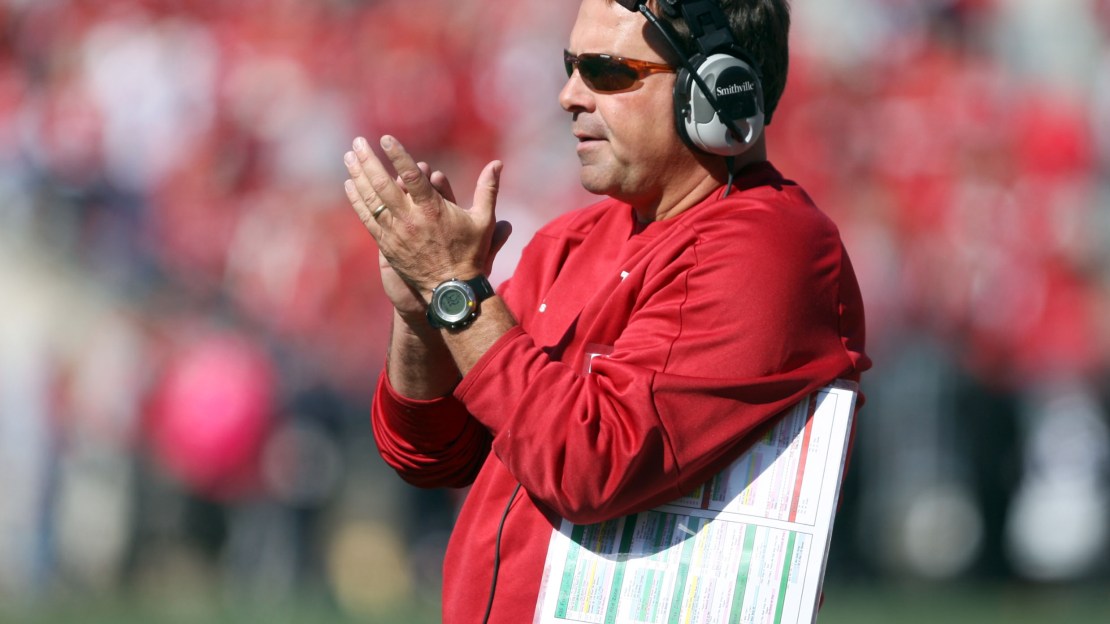 Indiana had its spring game canceled due to weather Saturday afternoon, so it adjusted on the fly and scrimmaged indoors. As a result, BTN's live steam of the event also was canceled. See tweets and Indiana spring coverage in this post, plus watch our interview with Indiana head coach Kevin Wilson now.

Mitch Ewald hits a field goal from 51 yards. Makes it 16-12 Cream. Basically, this game is Ewald kicking field goals against himself.

Coffman is a great hard-counter. I mentioned this earlier, he's really strong in that area. Decent passer, too.

Good day for Isaiah Roundtree, the running back from Lawrence Central. Good runs on the second unit at IU spring game.

The Indiana spring game was moved indoors because of RUN Y'ALL. http://t.co/KvpFDBW8 (via @zwilk7)

Lots of fans on the west end of Mellencamp #iufb pic.twitter.com/i0z5spHx

Stephen Houston just broke loose for a 40 yard run, stiff armed Ryan Thompson and made what is by far the best offensive play of the day.