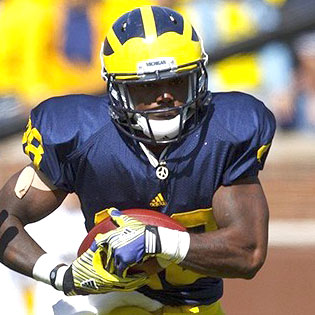 Spring games offer fans that first opportunity to sneak a peek at their team. What are the key areas of concern? And are they being filled? Or will a lot of work remain in the fall? Don?t expect any big resolutions, as coaches typically play things very pedestrian and vanilla so as not to show opponents anything new they are working on that could be compromising down the road.

Nonetheless, in no particular order I present ten things to watch for during the seven Big Ten spring games taking place his Saturday at Michigan, Nebraska, Iowa, Illinois, Northwestern, Indiana and Purdue. (Also, full details on how to watch them live.)

1. Michigan?s defensive line. In fact, keep an eye on both lines. Brady Hoke hasn?t been shy about talking about a lack of depth in the trenches on both sides of the ball. But the d-line is the biggest issue with three starters gone. William Campbell needs to show he can be a force inside. Jibreel Black has been moved from end to tackle and needs to show the transition is progressing smoothly. And can Craig Roh be a force after moving from weak- to strong-side end?

2. Nebraska passing game. It ranked 10th in the Big Ten last year (162.7 ypg). All eyes will be on quarterback Taylor Martinez, who needs to show a better command in the pocket, decision-making ability and accuracy. He?ll have a deep collection of options to throw to in Jamal Turner, Kenny Bell, Quincy Enunwa, Tim Marlowe and Kyler Reed. An improved passing attack would lessen the workload of often-overburdened running back Rex Burkhead.

3. The Iowa offense. The arrival of new coordinator Greg Davis has been analyzed, dissected and scrutinized ad nauseam this spring. Now, we?ll get to see the offense up close. There is talk of more passing and a quicker tempo that will feature some no-huddle at times. It?s all exciting for a Hawkeye attack that has grown stale in recent years.

4. Illinois? pass rush. Tim Beckman has been very secretive, limiting access to his team. And the first-year coach from Toledo also has said he will keep things very vanilla in the spring game. Still, check out the defensive line. We know Akeem Spence is a potential star inside. But can anyone fill the shoes of Whitney Mercilus and be a playmaker off the edge? Michael Buchanan?

5. Purdue?s defense. The unit is working in three new coaches, including coordinator Tim Tibesar. Last year, the Boilermakers ranked ninth in the Big Ten in total defense in 2011 (395.9 ypg); the pass defense was 10th (221.0 ypg); the run defense was ninth (174.9 ypg). Tibesar has a background of playing a 3-4. Will that alignment be featured? Or, will Purdue remain largely a 4-3 team-or a mix of both? Also, keep an eye on a linebacking corps that has been lackluster for several seasons.

6. Northwestern pass rush. Who is gonna bring the heat off the edge? The Wildcats had just 17 sacks last season, the lowest total in the conference. Tyler Scott? Brian Arnfelt? The Wildcat Nation is watching.

7. Nebraska defense. Are there any playmakers with guys like tackle Jared Crick, linebacker Lavonte David and cornerback Alfonzo Dennard gone? The jury is out. Look at the unit now and tell me who even merits preseason All-Big Ten mention. Hard to do, isn?t it? Safety Daimion Stafford is the closest thing to a star-at least for now.

8. The Indiana JC transfers. All six of them who have gone through spring practice. Five are on defense. Reports have been positive, especially about the two linebackers: David Cooper and Jacarri Alexander. The duo has increased the intensity and competition level, while also injecting some needed speed into a porous unit. And watch JC quarterback Cameron Coffman, who is pushing Tre Roberson. Kevin Wilson wants to throw it more and better. And Coffman has had his moments.

9. Michigan?s receivers. Who is gonna catch passes? Junior Hemingway is gone. Roy Roundtree looks primed to be the No. 1 option, but he?s coming off a poor season. Jeremy Gallon and Jerald Robinson need to make a move. And there has been talk of backup quarterback Devin Gardner perhaps playing some receiver. Will we see that tomorrow?

10. Iowa defensive line. This is conditional critical, Herky. The unit wasn?t that good last year. And questions persist, as offensive line coach Reese Morgan has moved over to coach the group. Youth dominates the depth chart for Saturday?s game, as two of the better players (Dominic Alvis; Carl Davis) have been out with injury. Will any of the youngsters shine in the spring game? Morgan sure hopes so, because if this unit struggles, the Hawkeye defense figures to struggle, too.