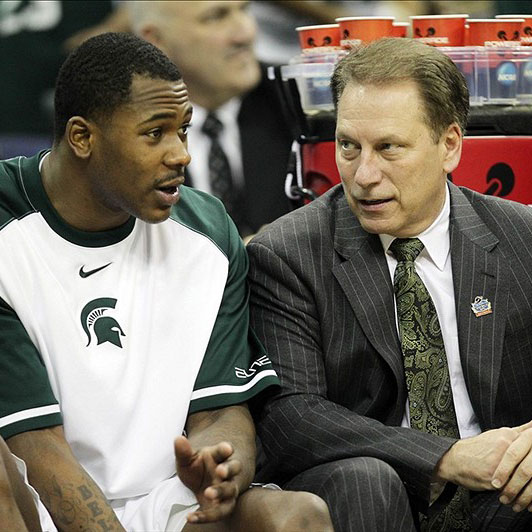 Michigan State center Derrick Nix announced he will stay with the team during an emotional news conference on Thursday. Earlier Thursday, Nix pleaded guilty to a reduced misdemeanor charge of impaired driving. Nix had been suspended after his arrest but on Thursday Michigan State coach Tom Izzo reinstated him to the team with certain conditions.

Read the latest story here. You can find the audio of the press conference at SpartanSportsNetwork. And if you're on Twitter, you must follow @BTNStatsGuy, who is fountain of Big Ten statistical information. If you don't use Twitter, check out these gems from Thursday.

Derrick Nix scored in double figures in 14 of 37 games last season. He only made one start. #MichiganState #Spartans #MSU #B1G