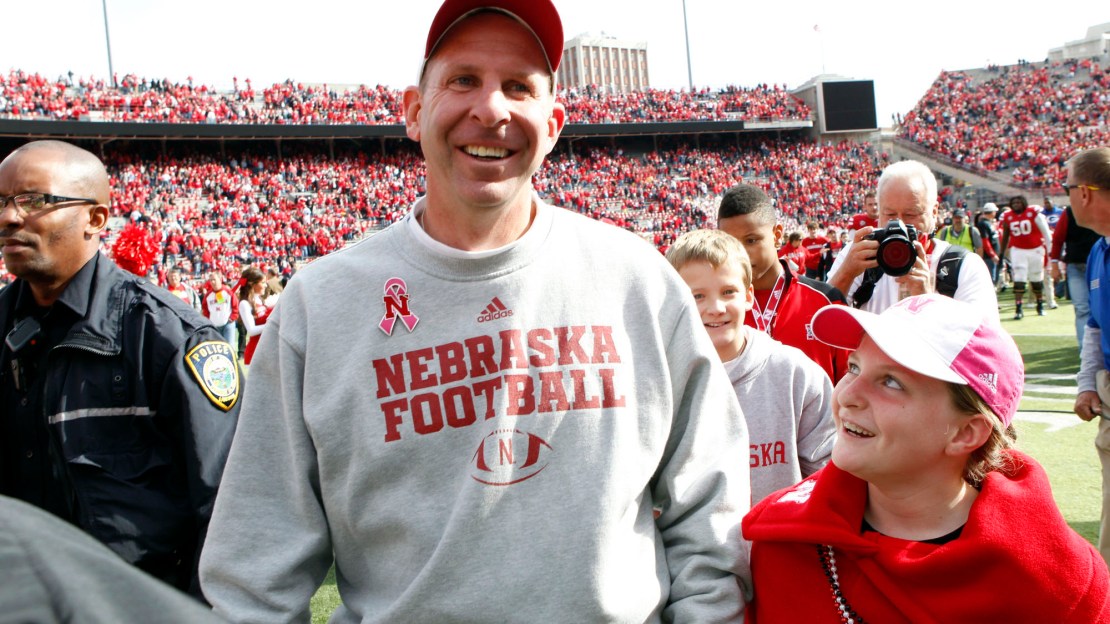 You have questions, I have answers in this week?s mail bag. A lot of football queries, as April is the month of the spring football game. As always, thanks for the questions. Great ones, as usual. Keep them coming! In addition to filing regular football fix posts, writer roundtables, and one-on-one interviews, I'm monitoring the news around Big Ten practices. And I'll be going to a few Spring Football games, too. Stay in touch with me on Twitter (@BTNTomDienhart) and Facebook page (www.facebook.com/BTNTomDienhart), too.

Will Nebraska have any chance to win the Big Ten? And can Rex Burkhead win the Heisman? – Jeff

Two good queries. I think there is a chance both things could happen. In fact, if the Cornhuskers win the Big Ten, there?s probably a good chance for Burkhead to win the Heisman. Many times, winning big as a team and winning big as an individual sorta go hand-in-hand. But it will be difficult. Nebraska plays in a difficult division with the likes of Michigan, Michigan State and Iowa-to a lesser degree. I think the Wolverines and Spartans have to be favored over Nebraska at this point. And Burkhead?s numbers don?t figure to grow unless defenses have to respect the Cornhusker passing game, which would create more room for Burkhead to operate.

I?m sure Herman and Warinner won?t ask the personnel to do anything it can?t perform. The ol? round peg in a square hole analogy. I think it?s safe to say Ohio State won?t have a pro style. The attack will be a spread, for the most part. Know this: Meyer wants to run the football and be physical. And playing at a quick pace gives the attack an edge. So, yes, if the Buckeyes could mimic what?s arguably the best attack in college football at Oregon, it will. A problem: There aren?t many LaMichael James running backs!

But also know this: Meyer didn?t leave the Florida offense humming. In 2010, the Gators ranked 10th in the SEC (350.9 ypg). So, again, personnel is key to making any offense go. It?s not just scheme. Does Ohio State have the receivers and running backs to make this go? And is quarterback Braxton Miller equipped to pull the trigger on such an offense? Lots to watch and learn in Columbus this year.

What are the chances for the Minnesota football to be competitive in 2012? – Ben

It could be a good season. In fact, some of the writers I talk to who cover the Gophers think they could go to a bowl this season. Really. But issues must be resolved. And it begins with a defense that has been abysmal. Stopping the run? Stopping the pass? Generating turnovers? Registering sacks? No. No. No. No. The Gophers could do none of it. And on offense, Minnesota needs quarterback MarQueis Gray to take the proverbial next step in his development as a passer. Oh, and Gray needs a go-to receiver to emerge. Still, despite all of that, I love Jerry Kill and think he?s one of the most underrated coaches in the nation. He?ll get it done in the Twin Cities. Give him time.

Without a doubt, I think he did. The kid has little left to prove in college. Yes, he didn?t win a national title-as he had hoped-but Sully got the Buckeyes to the Final Four with a team that honestly I don?t think was as good as his freshman season team. Sullinger?s legacy is cemented as an all-time great in Columbus after just two seasons. Now, it?s on to the NBA, where Sullinger figures to be a lottery pick and often is compared to former Duke star Elton Brand. Sullinger will be a solid pro who could be special if he continues to refine his game facing the basket. His departure leaves a massive void at Ohio State that youngster Amir Williams needs to help fill next season for Thad Matt?s crew.

What did you think of the postseason proposal reported by USA Today that called for a special exemption for the Rose Bowl? – Joe

Yes, strange. To review: ?The four-highest ranked teams meet in two games except that the Big Ten and Pac-12 champions will always play in the Rose Bowl. If the Big Ten champion, the Pac-12 champion, or both are in the top four, that team (or those two teams) would play in the Rose Bowl and the other two games would be filled by the other four highest-ranked teams. Select two teams for the championship game after those three games are played.?

It just doesn?t seem like a logical way to decide which teams will play in the BCS title game. Three ?semifinal? games? What? It would see funny for the winner of a semifinal game to not then advance to the title game. Maybe it?s just me, but I don?t even know how an idea like this emerges.

Look, I love the Rose Bowl as much as the next guy. I have been lucky to attend seven of them. But I just don?t think any bowl should receive special status in this process. Just have the four highest ranked teams meet in two national semifinal games-then in the title game.

Use the form below to send questions and comments to Dienhart. Note: If you have an unrelated  question or comment for BTN customer service, please check out our FAQ page or click over to our BTN Contact Us page and send us your note there. We read all of our customer's letters and respond when needed.