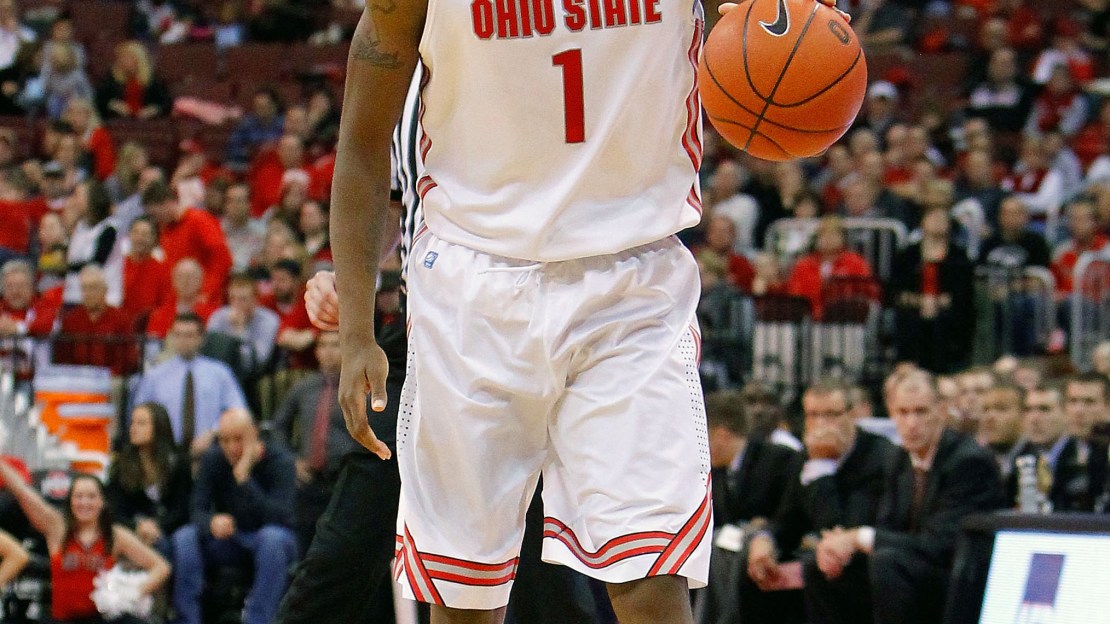 Ohio State saw star center Jared Sullinger turn pro earlier this week after his sophomore season. But the Buckeyes got good news today with Deshaun Thomas? announcement that he would return for his junior season. ?Deshaun, his family and our coaching staff have spent the last week evaluating his future,? Ohio State coach Matta said. ?Deshaun determined he wants to remain a Buckeye. We are looking forward to building on the success our team enjoyed in 2011-12 with Deshaun playing a significant role next year.?

Sullinger?s decision wasn?t a shock, but no one was sure what Thomas would do after having his stock evaluated by the NBA. In the end, he has opted to return and will be one of the top players in the Big Ten and nation in 2012-13 for an Ohio State team that figures to be ranked in every preseason Top 25. Thomas just isn't big enough to be a power forward in the NBA, and he's not quick enough to be small forward or two-guard. He needs to work on speed, defense and his game off the dribble.

While Indiana will be considered to be a consensus favorite in the Big Ten next season, Thomas? return enhances the Buckeyes chances for a fourth consecutive Big Ten title.

?We have a great team returning next season and I want to be a part of another championship run,? Thomas said. ?My family, my coaches and I looked at my future as a professional but I love being a Buckeye and want to continue my education and development as a player and as a person at Ohio State.

?If I do have an opportunity to play basketball professionally, I want to have an immediate impact. Working with my teammates and coaches at Ohio State will help me achieve my future goals.?

In addition to losing Sullinger, Ohio State also bids adieu to William Buford–the lone senior on the team. But the Buckeyes will welcome back the likes of guards Aaron Craft, Lenzelle Smith, Jr., Sam Thompson and Shannon Scott, along with big men Amir Williams and Even Ravenel.