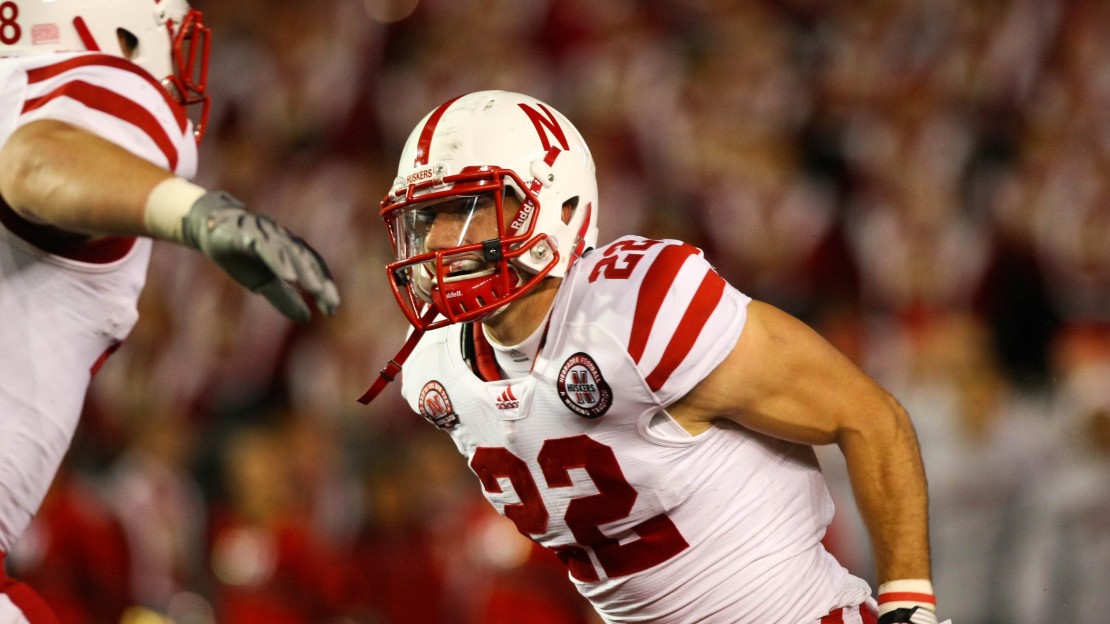 How is strength training going at Penn State? What does Nebraska's Rex Burkhead say he needs to do better? And what is Illinois coach Tim Beckman looking for this spring? It?s that time of day-time for a dose of Big Ten grid bits. What are scribes across the Midwest banging their keyboards about? Check it out.

Getting stronger: David Jones of the Harrisburg Patriot-News has a nice Q&A with Penn State center Matt Stankiewitch. Among the key topics is discussing the impact of new strength and conditioning coach Craig Fitzgerald.

Q: Describe in general the contrasts between the John Thomas regime and that of Craig Fitzgerald regarding lifting sessions and how have players reacted to the changes?
MS: It's kinda like night and day. It's very different philosophies and methods. With the new program, we've really embraced it. A lot of guys could say they've really bought into the program. We're all on the same bus and all have the same goals. So, when we go in [to the weight room], it's high energy. We wanna get excited to get ourselves better. We're gonna get the blood pumping and the adrenaline running. Coach Fitz makes us realize we need energy and enthusiasm to accomplish anything. That's the big thing they're trying to establish.

?Just making one cut and going, at times I could have worked on that," Burkhead told Jon Nyatawa of the Omaha World-Herald. "Just seeing things faster, that's a big thing.?

Even with that flaw, Burkhead still was a first-team All-Big Ten pick and unquestioned star of the Cornhusker offense last year. Other alterations Burkhead is making, according to Nyatawa: He's making slight alterations to the way he runs routes and pass protects. He's always working to enhance his durability, even though he ranked 13th among the nation's top 100 rushers with 21.8 carries per contest last season. He wants to efficiently manage his energy at all times, too - never overworking himself without purpose. Brown's talked to him about that a lot.

One guy Beckman is looking to inject some juice into the Illini attack is Terry Hawthorne, a cornerback by trade who will get some looks at receiver for a corps that has lost star A.J. Jenkins. Fellow defensive back Jack Ramsey also is taking reps at receiver this spring for a corps that is highlighted by Darius Millines, Ryan Lankford and Spencer Harris. For now.

Tall task: Is there an assistant coach in the Big Ten with a bigger task than Iowa defensive line coach Reese Morgan? Maybe not.

The sage assistant has flipped from offensive to defensive line to accommodate the arrival of Brian Ferentz. (Did I mention that Morgan is a company man?) And what has Morgan found? A defensive line in need of major work.

?We?ve got a group of guys that nobody knows about,? Morgan told Ryan Suchomel of the Iowa City Press-Citizen. ?But I?m excited to work with them.?

Check out the spring depth chart that Morgan is dealing with: two redshirt freshmen and four true freshmen fill six of the eight spots.
Gulp. Compounding matters this spring is the fact sophomore Dominic Alvis - who started eight games last fall - and redshirt freshman Carl Davis are sitting out recovering from injuries.

?It?s upsetting,? said Steve Bigach, the lone veteran on the field this spring. ?The elephant in the room ? we?re young. You?d like to have everyone in the spring working to get better.?

Multi-tasking:Nice read from Mike Carmin of the Lafayette Journal & Courier on Purdue defensive back Frankie Williams. Now, the redshirt freshman-who Purdue coach Danny Hope called one of the team?s better players at the end of last season–is working at safety and cornerback. Williams also is returning punts.

?He stepped into a role and he's doing a great job," cornerback Josh Johnson told Carmin. "He's learning the system and he's starting to mature as a guy. Now he understands what role he has and what it takes to be able to start on the field."

This is a Boilermaker secondary that has a chance to be good, with Johnson and fellow corner Ricardo Allen serving as anchors. And that?s good, because this is a Purdue defense that needs to improve if the program wants to return to the postseason for a second year in a row.

Tinkering in Ann Arbor: Yes, the experimentation of Michigan quarterback Devin Gardner at receiver this spring is well-documented. But offensive coordinator Al Borges has made it apparent that Gardner remains the No. 2 quarterback-first and foremost-says Kyle Meinke of AnnArbor.com.

"He's going to be (the) No. 2 quarterback, and then see how things go," Borges said, when asked about Gardner?s role. "Our approach with Devin hasn't changed too much. We got to find a way to get him on the field, because he's got skills that go over and above your average quarterback."

Last year, Borges had a ?deuce? formation that featured Gardner under center and D-Rob split out or in the backfield, so we know Borges likes funky schemes. But, for now, Denard Robinson remains the top signal-caller, followed by Gardner and Russell Bellomy. Oh, and it?s worth noting that Bellomy is turning heads this spring.
Stay tuned.

My take: Yes, you read that correctly: forty-five thousand, six-hundred ducats ? to a spring ? football ? game. Find me a better football school. You can?t. So don?t try.

When Taver Johnson left OSU in Jan. for Ark asst HC job he told me he was excited by new responsibilities. Now he's in the deep end.

My take: No doubt, the former Ohio State assistant had NO inkling he?d be sitting in the captain?s chair in April when he left for Fayetteville. Life sure is funny. And, who knows: Johnson could end up coaching the Hogs in the fall, pending the outcome of the sordid Bobby Petrino motorcyclegate. Speaking of which, I have a funny feeling Petrino won?t be fired. Twenty-one wins and trips to Sugar and Cotton Bowls the last two years will trump his indiscretions.