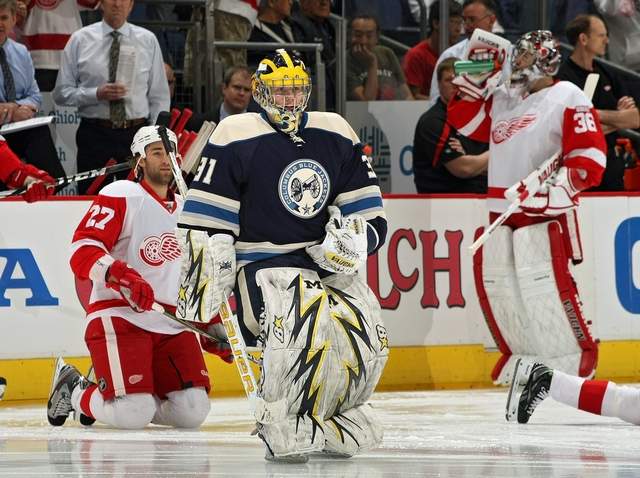 Talk about a whirlwind day. Waiting to attend his Astronomy 101 class Wednesday, former Michigan goalie Shawn Hunwick received a phone call he'll never forget. It was from Michigan assistant Brian Wiseman, who told him to get down to Yost Arena right away. The reason: The Columbus Blue Jackets needed a backup goalie for Wednesday's game against the Detroit Red Wings, of all teams.

Hunwick, who went undrafted and was thinking the call was about heading to the AHL, immediately got in his car and headed to Columbus, Ohio. The Blue Jackets were in dire need of a goalie because, already without backup Curtis Sanford (leg injury), starter Steve Mason took a puck to the head during the morning skate.

So Columbus searched for a goaltender nearby, and with Ann Arbor a three-hour drive away, it summoned Hunwick. The former Wolverine didn't see any action in Columbus' 4-2 win over Detroit. He did look familiar, though, with his Michigan helmet and pads (see the picture above).

Read the full story at DetroitNews.com.