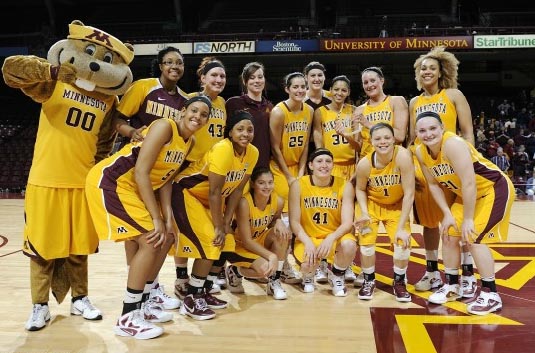 No. 2 seed Minnesota rallied past Northern Iowa, 88-74, to win the 2012 Women's Basketball Invitational Championship on Sunday at Williams Arena (box). Kiara Buford contributed 14 points, six assists and four steals on her way to earning  WBI Most Valuable Player, while freshman Rachel Banham poured in a game-high 26 points and was named to the all-tournament team.

With the win, Minnesota (19-17) finished the season on a four-game winning streak and tallied its first winning season since 2008-09, when it recorded a 20-12 record and made an appearance in the NCAA Tournament.

Read the full recap at GopherSports.com.