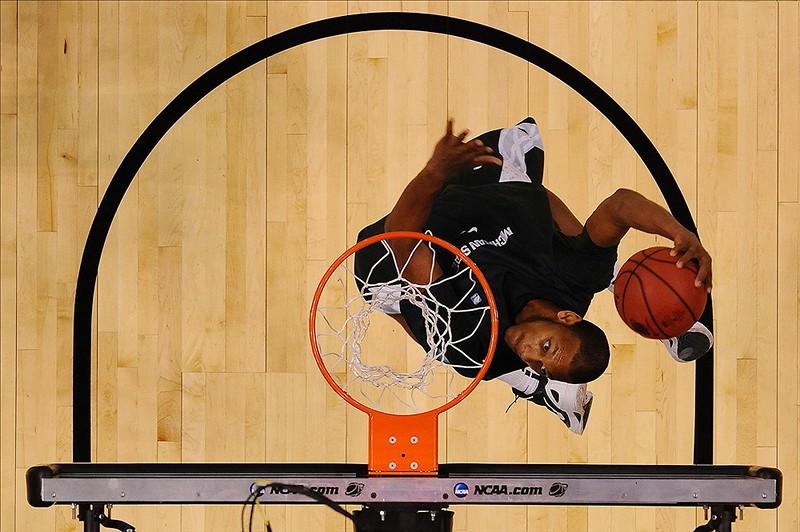 You have questions, I have answers in my weekly mailbag. There is a lot going on, with the NCAA tourney at the Sweet 16 stage and spring football in full swing across Big Ten territory. Which of the four Big Ten teams has the best shot to reach the Final Four? What will Wisconsin do at quarterback? I address those questions-and more-in this week?s mailbag.

Got a question? I'm adding a new inbox all the time. You can email me here, come talk to me on Twitter, drop a comment on my BTN Facebook page, or type in a question and get a video answer via over here. My middle name is "Interactive."

And now, the questions and answers.

Of the Big Ten teams in the Sweet 16, who do you like best to get to the Final Four? – Ben

Well, you have to like No. 1 Michigan State in the West Region. The Spartans will play No. 4 Louisville in the Sweet 16. Beat the Cardinals, and a game with No. 3 Marquette in the regional final may be next. And with the way Draymond Green is playing, MSU will be very difficult to beat as Tom Izzo aims for his seventh Final Four. But I may like No. 2 Ohio State?s chances even better.

The Buckeyes are in an East Region with a No. 1 Syracuse squad that is playing without star big man Fab Melo, who was declared ineligible just prior to the start of the Big Dance. His absence hasn?t been huge in the first two games. But should Syracuse meet Ohio State in the regional final, Melo?s absence could be huge vs. Jared Sullinger. But before the Buckeyes can think of a regional final matchup with the Orange, they have a game with Cincinnati in the Sweet 16 in an intrastate matchup that is a rematch of the teams? meetings in the 1960 and 1961 national title games.

What?s going on with the Illinois coaching search? -Dan

Who do you like for the Nebraska job? – Steve

Well, Wichita State?s Gregg Marshall isn?t the guy. I hear the No. 1 target is Ohio?s John Groce. If Nebraska fails to land him, it will look at Colorado State?s Tim Miles, Oral Robert?s Scott Sutton and Wisconsin-Milwaukee?s Rob Jeter.

What about the future of Iowa hoops under Fran McCaffrey? I think it looks pretty bright after the NIT loss at Oregon over the weekend. This team showed a lot down the stretch and kept getting better. – Joe

I agree whole-heartedly. The Hawkeyes finished with an 18-17 mark, but they take lots of mojo and hope into next year. Fran McCaffrey?s crew went 5-4 in its last nine games to finish with a head of steam after a slow start that included a home loss to Campbell. Guards Matt Gatens and Bryce Cartwright will be gone, but every other key player will be back. The headliners: Melsahn Basabe, Roy Devyn Marble, Josh Oglesby, Aaron White and Zach McCabe. And McCaffrey?s team will welcome a very good recruiting class headed by point guard Mike Gesell and 7-footer Adam Woodbury, who are among the top recruits in the country according to most pundits. Bottom line: The future is bright in Iowa City.

It was so sad to see Robbie Hummel?s career end vs. Kansas. He played such a great game and the Boilers came so close to knocking off the Jayhawks. Now, he?s gone. How will Purdue look next season? – Kelly

The Boilermakers close the season 22-13. Next year could be a rebuilding effort with Robbie Hummel, Lewis Jackson and Ryne Smith gone. But Terone Johnson, D.J. Byrd and Anthony Johnson will provide a foundation for 2012-13. And Matt Painter will welcome a strong four-man recruiting class led by point guard Ronnie Johnson (brother of Terone) and 6-9 Jay Simpson.

What do you think Wisconsin will do at quarterback with Russell Wilson gone? -Josiah

Replacing Wilson will be very difficult. The guy was the best signal-caller in Madison in the last 25 years. Jon Budmayr and Curt Phillips are coming off surgeries, so there capabilities remain cloudy. Joel Stave and Joe Brennan figure to get long looks. In fact, Stave-a walk-on who had some MAC offers-could end up being the guy. Former offensive coordinator Paul Chryst liked Stave?s potential and skills. Also, keep an eye on incoming freshman Bart Houston, but he recently underwent shoulder surgery and may not be full go when he arrives in August. Stay tuned.