PSU advances, four others bounced in Round 1 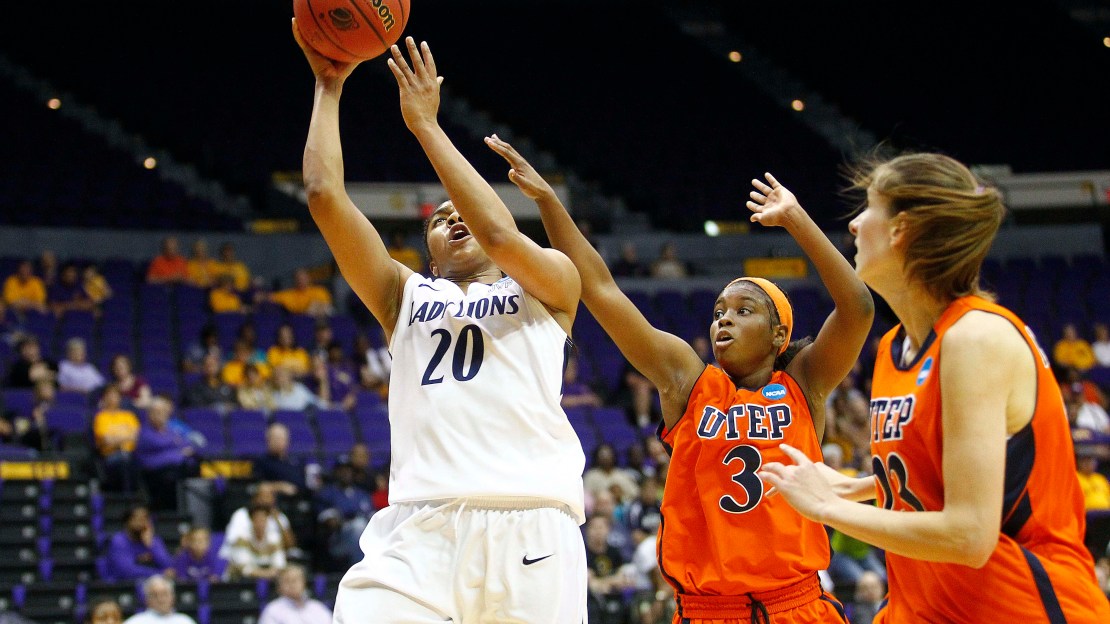 It was a rough day Sunday for Big Ten women's basketball teams as the conference went 1-4 in NCAA first-round games. Big Ten regular season champ Penn State was the lone victor, ousting UTEP, and joins Big Ten tourney champ Purdue, which won Saturday, in Round 2. Meanwhile, Iowa, Michigan, Nebraska and Ohio State all fell Sunday. Catch up all the action on our BTN.com scoreboard and get stats and recaps in this post. And don't forget to bookmark the interactive NCAA bracket.

(AP) Cal was plenty awake and ready to play Sunday. The Golden Bears hit the boards hard and came up with 13 steals, holding on to beat Iowa in the first round of the NCAA tournament. Playing a noon game in the Eastern time zone – which would have felt like 9 a.m. – the Golden Bears built up a 16-point lead in the second half and fought off a late rally for an 84-74 victory. Layshia Clarendon scored 16 points and hit a pair of free throws with 41 seconds left for Cal (25-9), whose lead dwindled to six when Iowa's Kamille Wahlin and Kelly Krei hit late 3-pointers.

(AP) Quick on the perimeter and relentless on the boards, Lanita Bartley, Jennifer George and the rest of the Florida Gators were a step ahead of Ohio State from the very start. George had 16 points and six rebounds and Bartley added 15 points to lead ninth-seeded Florida to a 70-65 win over eighth-seeded Ohio State in the Des Moines Regional on Sunday. The Gators scored the game's first nine points and held on in front of a crowd packed with fans of the in-state Buckeyes. Tayler Hill scored 23 points for Ohio State.

(AP) Maggie Lucas scored 23 points and fourth-seeded Penn State defeated No. 13 seed UTEP 85-77 in the opening round of the NCAA tournament Sunday. Alex Bentley scored 21 and Zhaque Gray 15 for the Lady Lions (25-6), who trailed for much of the first half but led nearly all of the second en route to their second straight appearance in the second round.

Aaryn Ellenberg poured in 21 of her 28 points in the second half and Morgan Hook added 13 points as Oklahoma defeated Michigan 88-67 Sunday night to move on in the Fresno Regional. Ellenberg was limited to only 7 minutes in the first half because of foul trouble, then made up for lost time by scoring 13 of Oklahoma's first 14 points in the second half. Her jumper off an inbounds pass extended the Sooners' lead to 57-38 with 14:33 remaining. Michigan (20-12), making its first tournament appearance in 11 years, never got any closer than eight after that.

(AP) Angel Goodrich scored 20 points to lead 11th-seeded Kansas to a 57-49 win over former Big 12 rival and sixth-seeded Nebraska in the Little Rock Regional on Sunday. The Jayhawks (20-12) led by as many as 10 points in the first half and held on in the second for their first NCAA tournament win since 1999. The appearance was the school's first since 2000 and the first in eight seasons under coach Bonnie Henrickson. Kaitlyn Burke led the Nebraska, which was just 20 of 61 (33 percent) from the field, with 14 points.