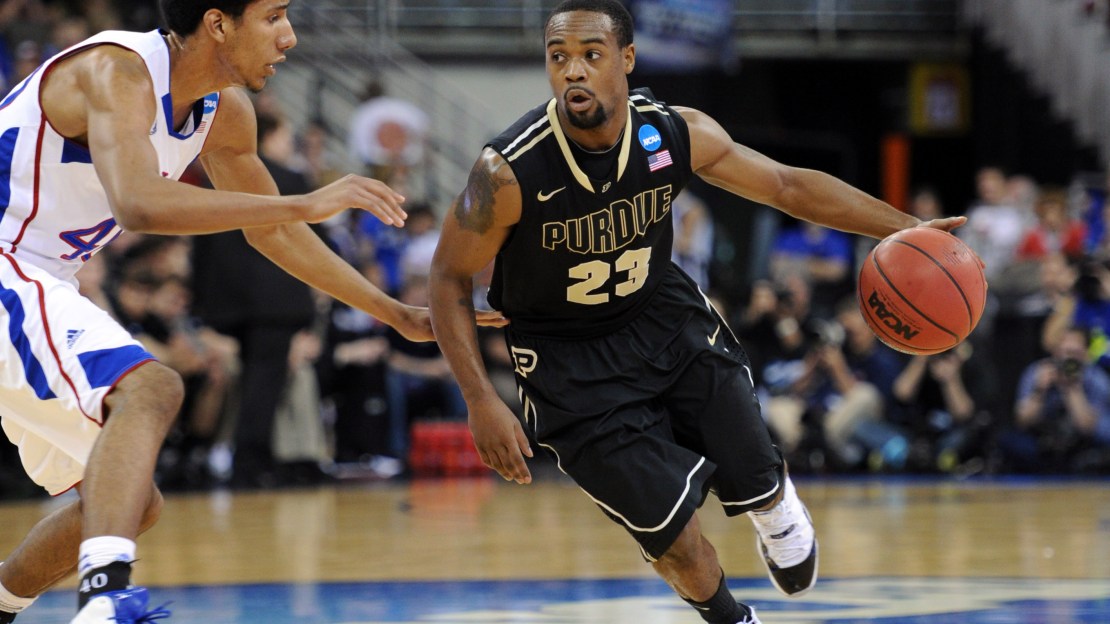 (AP) Elijah Johnson scored 18 points, including the go-ahead basket in the final minute, and No. 2 seed Kansas rallied to beat Robbie Hummel and No. 10 seed Purdue 63-60 on Sunday night. Thomas Robinson managed 11 points and 13 rebounds for the Jayhawks (29-6), who trailed nearly the entire game. Purdue was clinging to a 60-59 lead and had the ball and under a minute remaining when Lewis Jackson, the shot clock winding down, lost control at the top of the key. Johnson picked it up and went the other way for the go-ahead layup with 23.3 seconds left. Robbie Hummel scored a game-high 26 points. Read the full AP recap and check out the box score.

Final: No. 6 Kansas trailed in the waning moments of Sunday?s game, but took the lead for good on a field goal by Elijah Johnson with with 23 seconds remaining and hung on for a 63-60 triumph over Purdue at the CenturyLink Center Omaha in Omaha in the third round of the NCAA Tournament. Robbie Hummel was a positive for Purdue (22-13), with 26 points, nine rebounds and three assists. Purdue shot 39 percent from the field (20-of-51) and hit free throws at a 63 percent clip (12-of-19). Johnson sparked Kansas (29-6), as he contributed 18 points, corralled four rebounds, and handed out three assists. Thomas Robinson stuffed the statsheet for the Jayhawks with a double-double (11 points, 13 rebounds). Terone Johnson and D.J. Byrd each scored 10 points.

Halftime: Robbie Hummel scored 22 points for Purdue as the Boilermakers lead No. 6 Kansas 36-30 at the half. The Boilermakers never trailed in the first half and led by as many as 11 points. The game was knotted up when the Jayhawks went 1:56 without scoring, allowing Purdue to take a 8-0 lead with 17:32 left in the first half. Purdue has limited Kansas star Thomas Robinson to three points, well below his season average of 17.9. The Jayhawks had 10 offensive rebounds in the first half, leading to second-chance opportunities. Purdue made it rain from long range, shooting 70 percent (7-of-10) from three-point land, and had eight assists on 12 field goals.