Wisconsin Beats Vanderbilt to Move On 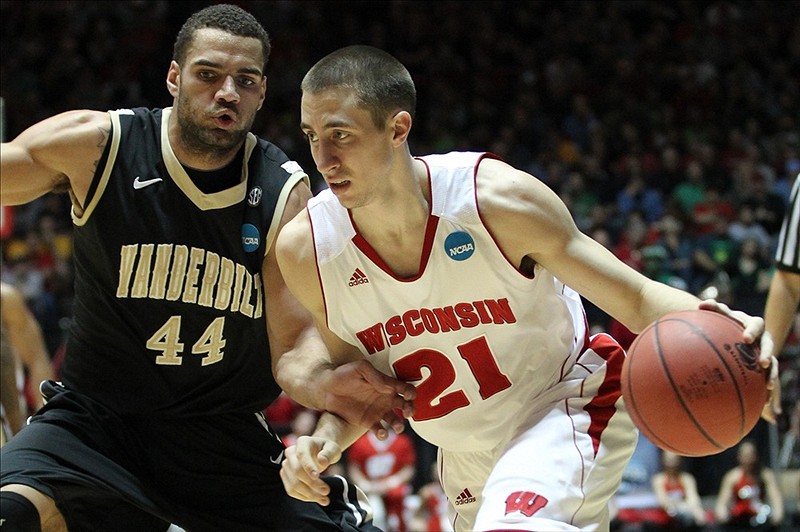 (AP) Wisconsin riding the nation's stingiest defense – and admittedly a bit of luck – back to the round of 16. The Badgers held the Southeastern Conference's two leading scorers in check Saturday night and Ryan Evans grabbed a crucial rebound with 2.1 seconds left to help Wisconsin fend off Vanderbilt 60-57 in the NCAA tournament. Wisconsin held John Jenkins (20.1) and Jeffery Taylor (16.3) to 13 and 9 points, respectively in advancing to face top-seeded Syracuse in the East Regional in Boston.

FINAL RECAP: Wisconsin trailed in the crunch time on Saturday, but took the lead for good on a field goal with 1:41 remaining by Jordan Taylor and hung on for a 60-57 win over  Vanderbilt at University Arena in Albuquerque in the third round of the NCAA Tournament.

There were five players in double figures for Wisconsin (26-9), including Taylor, whose 14 points led the charge to victory. The Badgers also got double-digit contributions from Mike Bruesewitz, who scored 10, Jared Berggren, who scored 12, and Ryan Evans and Ben Brust, who each scored 11.

Festus Ezeli scored 14 points, hauled in 11 rebounds, and went 5-of-7 from the field for Vanderbilt (25-11) in the loss. Brad Tinsley shot 4-of-6 from the field and scored 10 points for the Commodores. More Vanderbilt scoring came from John Jenkins, who scored 13.

The Badgers led from the start and led by as many as eight points.

The Commodores put the clamps on Wisconsin's three-point game (4-of-14, 29 percent from long range), while the Badgers shot 69 percent in the first half on two-point field goals.