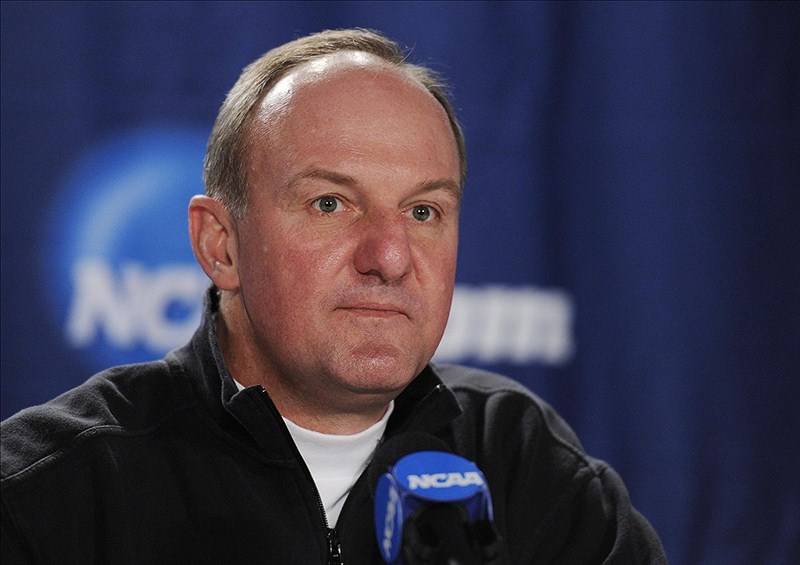 You have questions, I have answers in this week?s mail bag. A lot of March Madness queries, as you would suspect. But spring football also is in the air.

How far do you think Michigan State will go? – Stan

I think the Spartans could make a march all the way to Tom Izzo?s seventh Final Four. Yes, I know Branden Dawson is out with a knee injury. But if Brandon Wood plays like he did in the Big Ten title game-and Derrick Nix and Adreian Payne continue to take the next step in their development as interior forces–the No. 1 Spartans could go a long way in the West Region. The biggest threat is No.2 Missouri, a team with a contrasting style. The Tigers are a collection of quick, athletic players with several who can beat defenses off the dribble. MSU may be wise to play a zone and make Mizzou try to shoot over it instead of letting the Tigers dribble-drive through it. And MSU must slow the game down on offense and not rush shots.

Do you think Ohio State can avoid another early exit from the NCAA tourney? – Pete

Well, it sure helps that the No. 1 seed in the Buckeyes? East Region-Syracuse-will be without its top player in big man Fab Melo. The No. 2 Buckeyes played well in the Big Ten tourney, so they will bring some momentum to the Big Dance. The concerns are the same: Can Ohio State shoot well? At times, the Buckeyes have gone into funks, unable to shoot well. William Buford has been especially streaky. But if Buford, Deshaun Thomas, Lenzelle Smith, Jr., and Aaron Craft are hitting their shots, it will make the Buckeyes very difficult to beat. Good shooting will open more room for Jared Sullinger to dominate inside. And that?s a scary proposition for foes, as OSU is motivated to make amends for that Sweet 16 exit to Kentucky last season after being the No. 1 overall seed in the Big Dance.

What does Illinois need to do in spring drills? – Joe

Keep an eye on the offense. The unit struggled much of last season trying to protect and run block. And the departure of tackle Jeff Allen only hampers a situation for an offense that ranked ninth in the Big Ten in rushing (355.7 ypg). Who will run the ball? Donovonn Young is the top returning back and needs to build on the promise he showed as a freshman in 2011, when he ran for 451 yards. Also, keep an eye on the receiver spot. A.J. Jenkins is gone after pacing the Big Ten with 90 catches for 1,276 yards. The next leading pass catcher was Spencer Harris, who had 26. And depth is needed at receiver if the new staff wants to run the same type of spread attack new coach Tim Beckman executed at Toledo.

Who is gonna catch passes for Ohio State? – Phillip

The wideout slot is a big concern with DeVier Posey-who missed 10 games last season–gone. The Buckeyes will spend the spring looking at some veteran options like Corey Brown, Verlon Reed Chris Fields and Devin Smith-among others. It?s vital for some of these guys to step up to open up the offense for what looks like a promising ground game and give quarterback Braxton Miller some down-field targets. And maybe some newcomers will help when they arrive in August. This could be a very good offense if the receivers develop.

Who do you think Nebraska will hire as basketball coach? – Quinton

First, know this: The Cornhusker basketball job has gotten better for several reasons.

1. It?s a Big Ten job.
2. School administrators have said they will "open the checkbook" to pay the new coach.
3. The practice facility and locker room are among the best-if not, the best-in the nation.
4. The program will move into a new arena in 2013-14.

What do you think of the NIT teams? – Terry

Iowa, Northwestern and Minnesota have great opportunities for send their seniors out on an up note while getting experience for their players. Of the three, Northwestern obviously is the most disappointed to be in the NIT. But NU can send John Shurna out on a high, while developing players like JerShon Cobb and Dave Sobolewski. And Minnesota and Iowa have even younger rosters with players like Dre Hollins, Austin Hollins, Julian Welch, Elliott Eliason at Minnesota and Aaron White, Zach McCabe, Roy Devyn Marble and Melsahn Basabe at Iowa. By the way: All three teams won their first NIT game.