Calling All Big Ten Pets: Send In Your Photos 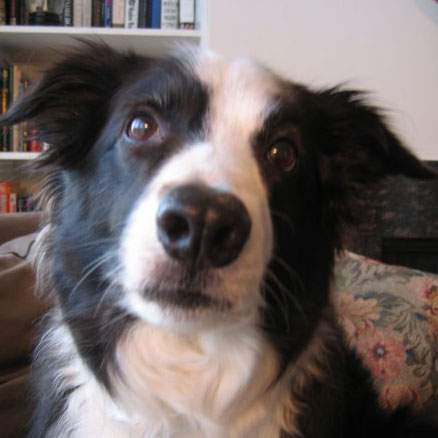 Before Facebook and Twitter became mainstream, BTN.com asked readers to send in photos of their pets wearing Big Ten school gear. Our Big Ten Pets section featured hundreds of photos and they all made us smile – OK, maybe not the snake one. Today, in a world where social media is everywhere, we're resurrecting the feature. How can you participate and get the BTN.com spotlight to shine on your pet? There are several ways and they're all easy.

What kind of photos are you looking for?
The creative kind, of course. The goal is to show your pet wearing something related to your Big Ten school or in a Big Ten environment. For example, last time we got photos of two greyhounds wearing Northwestern blankets. But then we also got a great photo of a pet iguana sitting on top of green and white Michigan State basketball. The possibilities are really endless.

How long will this go on?
For as long as people keep posting great photos. So get us your shots when you can. We'll be here waiting.

OK, I have a great photo! How did I get it to BTN.com?
Two very easy ways:

We can't take photos via email right now, but maybe in the future. It's easier for you to use the first two ways.

I want to see these pictures. Where will these all live?
Well, first of all they'll live wherever they get posted. But BTN.com will scour the submissions on Twitter and BTN's Facebook page and re-post the best photos in our new B1G pets section. If a photo is posted to us via Twitter, it'll look like this on BTN.com:

Can't see the Illini logo but this was a blanket Wallace slept in. Why is he reading a book? Smart dog. #B1Gpets pic.twitter.com/YHPrSwLA

If it's a photo uploaded to us on our Facebook page, we'll just add to a post like a regular photo. If someone sends us a YouTube video, we'll just embed the video on BTN.com, too. Very simple and straightforward.

I already sent a photo many years ago. Can't you just use that one?
For several reasons, we're asking people to start fresh and send new ones. So go ahead and do that and we'll add them to what we hope becomes an even bigger collection in 2012 and beyond.

Who is the dog in the tweet above? He's kind of cute.
Whoa, he's also spoken for. Now go send your best photos to Big Ten Pets. We'll be looking for them.