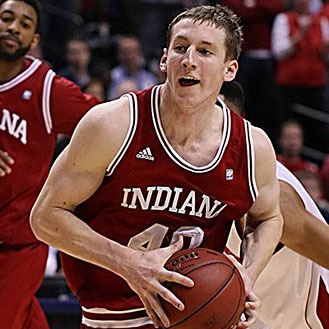 With the "second round" of the NCAA tournament about to begin, let's take a look at the matchups and potential matchups for Big Ten teams. First, we'll look at the Thursday/Saturday pods.

Montana stormed through the Big Sky Conference, losing just one game and taking the conference tournament rather easily. The Grizzlies did this primarily at the defensive end, where they not only held conference opponents to 41 percent shooting on twos but also forced bundles of turnovers. In overall efficiency terms, Montana is something like Illinois but with an even worse offense. Wisconsin should have no trouble defending the Grizzlies, so the final margin will depend on just how well the Badgers are shooting it from outside. I expect Wisconsin to win this game, but it might be a bit more grind-it-out than Badgers fans would like.

Fun fact – the Grizzlies faced the second-easiest defensive schedule in the entire nation, so their offensive numbers should be taken with a sizable grain of salt. In other words, Will Cherry is a good player, but he is nowhere near as good as Jordan Taylor.

This Geek says: Wisconsin by 8

If they win, on Saturday the Badgers will face one of:

Vanderbilt – If this matchup comes to pass, get ready to see lots of threes. Like Wisconsin, Vanderbilt takes over 40 percent of its shots from behind the arc, which has proven to be a sound strategy with an accuracy rate of nearly 39 percent. Unlike the Badgers, the Commodores aren't able to coax a low turnover rate out of all that perimeter action, which is one of the only things that can hold this high-powered offense back. At the other end, Vanderbilt's defense has been a bit lucky–SEC opponents shot just 29 percent from three against the Commodores, and as we've seen lately, opponent three-point percentage doesn't appear to be something the defense has all that much control over. Consequently, Vandy's defense probably isn't as good as their number 31 efficiency ranking, even with shotblocker Festus Ezeli roaming the paint.

Harvard – The Crimson aren't your typical Ivy League champs–they aren't particularly perimeter-focused, and they win more with defense than offense. They do, however, operate at a snail's pace, so a hypothetical matchup with Wisconsin could be quite ugly by meathead standards. Harvard is one of the nation's better teams at limiting three-point attempts, so it will be quite interesting to see how it fares against the free-hoisting ways of Vanderbilt and potentially Wisconsin.

Of the Big Ten teams, Indiana got shipped the farthest from home, to the city where the dream of the 1890s is alive. Fortunately for the Hoosiers, their three potential opponents are also over a thousand miles from their respective campuses, so the site should maintain its neutrality. New Mexico State won the WAC tournament in convincing fashion and seems to be playing its best ball of the season, but they haven't faced a team as good as Indiana since a late December loss to New Mexico. The Aggies are a very good rebounding team, especially at the offensive end, and they like to get out and run. Like the Hoosiers, they're outstanding at getting to the foul line, but the Aggies don't take advantage as well, shooting just 66 percent for the season. New Mexico State actually has some competent big bodies to throw at Cody Zeller, but those big bodies aren't great at avoiding fouls. If Zeller is making frequent trips to the foul line, I like Indiana's chances. This should be a fun game to watch, with the winner scoring in the 80s.

This Geek says: Indiana by 15

If they win, on Saturday the Hoosiers will face one of:

Wichita State – Gregg Marshall's team stormed through the Missouri Valley and is a darling of the computers, but the Shockers have yet to face a KenPom top-25 team all season. This is a balanced squad that can score both inside and out, and the defense thrives on making you miss and limiting second chances. Wichita State has bundles of experience, with a rotation of five seniors and two juniors, but it's been six years since the program was in the NCAA tournament.

Virginia Commonwealth – After last season's surprise Final Four run, Shaka Smart has managed to replace four senior starters and possibly have a better team. The Rams create havoc on the defensive end, forcing the nation's highest turnover rate. That havoc does come at a cost, as VCU fouls a lot and gives up a lot of offensive rebounds. Still, this is a legit defense that has carried the team back to the NCAA tournament. On the offensive end, VCU can't shoot a lick, which actually makes their 91st ranked offense more impressive. The Rams take good care of the basketball and maximize their looks at the hoop. If they manage to get hot from outside like last March, look out.

"Kathy," I said as we boarded a Greyhound in Pittsburgh, "Michigan seems like a dream to me now." – Simon & Garfunkel, "America"

I'm quite sure that a 26-year-old Paul Simon wrote that line about this very NCAA tournament game, in which Ohio State will take on the Greyhounds in Pittsburgh. And the Buckeyes could be forgiven for having dreams (or perhaps nightmares) about Michigan, as five of their last ten games have been against teams from that rival state (Ohio State went just 2-3). Sadly, I've so far been unable to divine the final point spread from the rest of the song's lyrics.

Much of the talk on the Loyola Greyhounds centers on their quotable coach Jimmy Patsos, who is famous both for coaching a game from the stands and for relentlessly double-teaming Stephen Curry away from the ball in the process of losing by 30. If Patsos justified the latter tactic by saying, "We had to play against an NBA player tonight," what will he do when faced with the talent-laden Buckeyes? Can you double-team three guys?

Loyola's biggest strength is relentless offensive rebounding, but the Buckeyes are the best defensive rebounding team in the field. The Greyhounds rely heavily on free throws to score their points, but Ohio State is quite good at defending without fouling. The few angles Patsos' team could take to keep this game close are cut off by the Buckeyes' strengths. Look for Loyola to get Garfunkeled off the floor.

This Geek says: Ohio State by 24

If they win, on Saturday the Buckeyes will face one of:

Gonzaga – The Bulldogs, like the Greyhounds, get a steady diet of free throws from their offense, but they've got a more diverse game to fall back on. The most obvious thing to watch in this hypothetical matchup would be how Ohio State would handle Gonzaga's interior size, as the trio of Robert Sacre, Elias Harris, and Sam Dower all pack some serious muscle.

West Virginia – Bob Huggins' team stumbled into the field, as its last win against a KenPom top-50 team came back in mid-January. West Virginia's problem was usually one of defense, as it allowed Big East opponents to shoot 52 percent on twos and rarely forced turnovers. At the other end, the task would be fairly simple for Ohio State–keep the Mountaineers off the offensive glass and they won't score. That has been easier said than done against West Virginia this season. If the Mountaineers are in fact the opponent, Ohio State may be dealing with a semi-hostile environment–Pittsburgh is only 56 miles from Morgantown.