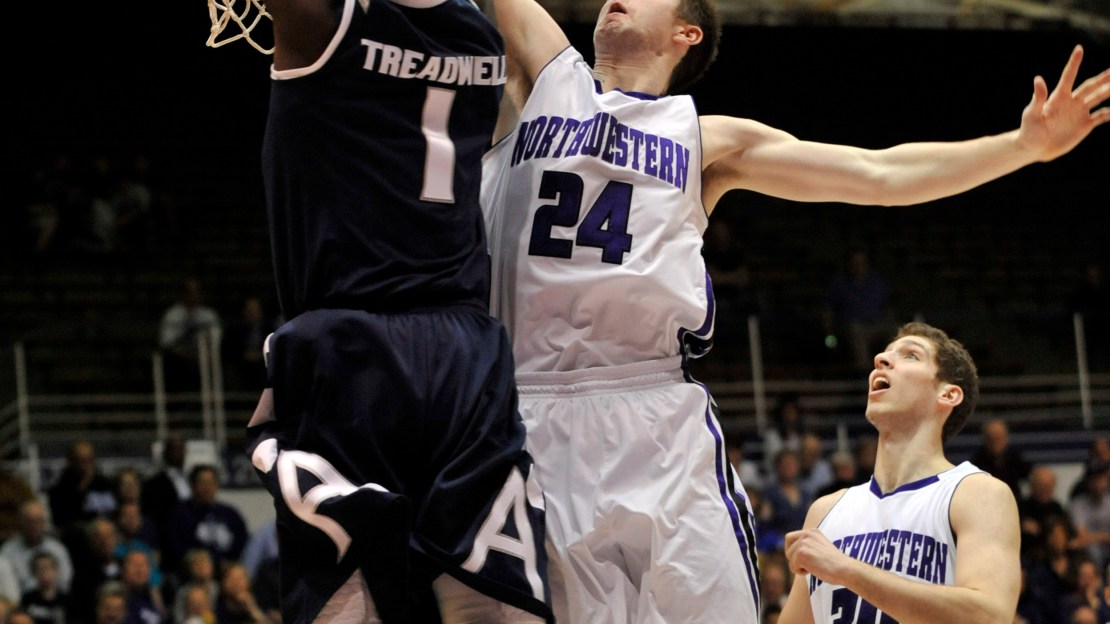 Iowa ran past Dayton (recap) and Northwestern survived a potential buzzer-beating defeat against Akron (recap) in first-round NIT action Tuesday night. Catch up on both games on our BTN.com scoreboard and get stats, recaps and BTN.com Tom Dienhart's analysis in this post. Also, don't forget to bookmark the NIT bracket.

Key player: Aaron White showed why he was one of the top freshmen in the Big Ten this season, scoring a career-high 25 points to help the Hawkeyes take down Dayton in the opening round of the NIT. Iowa had a diverse attack that overwhelmed the Flyers. Sophomore Zach McCabe tied his career-high with 20 points and fellow sophomore Melsahn Basabe notched 15 for an Iowa program that was playing its first postseason game in six seasons.

Key number: 56.9, Iowa?s field-goal percentage. The good shooting helped the Hawkeyes overcome being out rebounded (35-34) and losing the turnover battle (11-9).

What?s next for Iowa: The Hawkeyes (18-16) will play at No. 3 Oregon in the next round. Iowa has won five of its last eight, continuing good play in the second half of the season as it looks to continue to get this young roster experience.

Halftime: Zach McCabe scored 16 points and Aaron White added 10 for Iowa in the first half to carry the Hawkeyes to a 44-41 lead over Dayton. Neither team has been able to take control of the game, as there have been eight lead changes. The Hawkeyes trailed 7-6 when they broke out for a 7-0 run to overtake Dayton and seize a six-point lead. Iowa's leading scorer, Matt Gatens, has been limited to three points. Seven Iowa players have scored. Seven Dayton players scored in the half. Dayton's Kevin Dillard had a big first half, with 13 points.

Key player: Drew Crawford came up big, pacing the Wildcats with 27 points, as the junior hit 10-of-15 shots. But John Shurna was the man, again. The senior played a great all-around game, notching 23 points, 11 rebounds, seven assists and two blocks. Oh, and he also played all 40 minutes. Let?s just call him ?Mr. Northwestern.?

Key number: 6, turnovers for the Wildcats. That was key, as Northwestern was out-rebounded, 45-31, and was outscored by six points in the second half, as the Wildcats hung on for victory.

What?s next for Northwestern: The Wildcats were crestfallen to not make the NCAA tourney for the first time following an unceremonious first-round ouster from the Big Ten tourney. But NU is trying to make the best of it in the NIT, opening with a win over Akron. Next up, the Wildcats will play at No. 1 Washington.

Final: Northwestern took the lead with 1:34 to go on a field goal by John Shurna and hung on for a 76-74 win over Akron in the NIT on Tuesday at Welsh-Ryan Arena. Drew Crawford contributed 25 points and knocked down 10-of-15 shot attempts, while John Shurna scored 23 points, grabbed 11 rebounds and dished out seven assists to lead the Wildcats. JerShon Cobb posted his second consecutive strong game, with 19 points on 8-of-10 from the floor. The lead changed hands nine times in a back-and-forth affair. Quincy Diggs had 18 points and went 3-of-5 from beyond the arc for Akron (22-12) and Chauncey Gilliam shot 5-of-5 from the field and scored 12 points.

Halftime: Drew Crawford scored 19 points for Northwestern in the first half to carry the Wildcats to a 42-34 lead over Akron. Crawford and JerShon Cobb are leading the way for Northwestern. Crawford shot 8-of-10 from the field. Cobb scored 11 points and shot 4-of-5 from the field. The Zips were trailing 42-27 before Akron went on a 7-0 run to close the gap late in the half. Akron got points from seven different players. Quincy Diggs is putting together a nice game so far for the Zips. The junior has nine points.