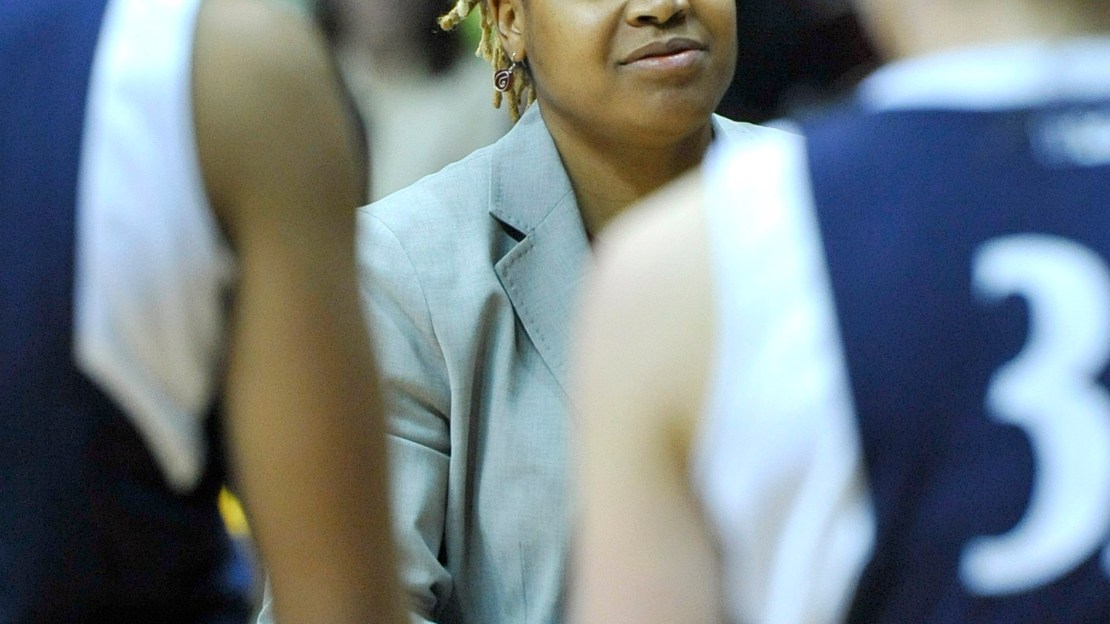 A Big Ten-record seven teams were selected to the 2012 NCAA Division I Women?s Basketball Championship field of 64, it was announced on Monday night. Iowa, Michigan, Michigan State, Nebraska, Ohio State, Penn State and Purdue will represent the conference in the tournament, marking the first time seven Big Ten teams have advanced to the tourney, one more than the previous record of six (1996, 2002, 2003, 2004). Check out the interactive NCAA bracket.

Big Ten Champion Penn State was selected as the No. 4 seed in the Kingston Regional and will take on No. 13 UTEP on Sunday in Baton Rouge, La. A win in the opening round would send Penn State into a second-round matchup against the LSU-San Diego State winner. The Lady Lions are making their 13th appearance in the field as a member of the Big Ten, and 23rd overall. It marks the second year in a row Penn State has gained entry to the field, the first time that has happened for the program since 2004 and 2005.
Big Ten Tournament winner Purdue was chosen as the No. 4 seed in the Fresno Regional and will host first-and second-round contests. Purdue opens the tournament against No. 13 South Dakota State on Saturday. A win in the opening round would send Purdue into a second-round showdown against the South Carolina-Eastern Michigan winner. The Boilermakers advance to the NCAA Championship for the 22nd time in 24 seasons and are the winningest Big Ten team in the tournament field with 43 victories in program history.
Nebraska will make its first appearance in the NCAA Championship as a member of the Big Ten. The Huskers, part of the Des Moines Regional, enter the field as a No. 6 seed and will take on No. 11 Kansas on Sunday in Little Rock, Ark. A victory against the Jayhawks will pit the Huskers against the Delaware-Arkansas Little-Rock winner in the second round. Nebraska is making its 10th tournament appearance, returning to the field for the second time in three years coming on the heels of earning a No. 1 seed in 2010.
Ohio State will be the No. 8 seed in the Des Moines Regional and will face No. 9 Florida on Sunday in Bowling Green, Ky. A win in the first round would send Ohio State into a second-round showdown against the winner of Baylor-UC Santa Barbara. The Buckeyes advance to their 10th straight NCAA Championship, the second-longest streak by any Big Ten team behind only Purdue?s 16 straight berths between 1994-2009. The Buckeyes, with 21 NCAA berths in their history, have advanced to the regional semifinal round in two of the last three tournaments.
Entering the field as the No. 9 seed in the Raleigh Regional, Iowa will take on No. 8 California in opening round-play on Sunday in South Bend, Ind. An Iowa victory in opening-round action would pit the Hawkeyes against the Notre Dame-Liberty winner in second-round play. The Hawkeyes return to the NCAA field for the fifth straight season and make their 21st appearance overall. It is the ninth time the team has been selected to the postseason field in coach Lisa Bluder?s 12 seasons in Iowa City.
Michigan State appears in this year?s NCAA Championship field as the No. 10 seed in the Raleigh Regional. The Spartans open the tournament against No. 7 Louisville on Saturday in College Park, Md. An opening round triumph would send Michigan State to the second round to face the Maryland-Navy winner. Michigan State makes its 12th NCAA appearance and will play in the event for the fourth consecutive year. The Spartans have advanced to at least the second round in each of the last three seasons.
Michigan was selected to the field for the fifth time in program history, but the first since 2001. The Wolverines appear in the field for the first time under fifth-year coach Kevin Borseth, a veteran of 14 previous NCAA Tournaments. Michigan enters the field as a No. 11 seed in the Fresno Regional, facing first- and second-round host Oklahoma, the No. 6 seed, in Norman on Sunday. A win would send the Wolverines into a second-round matchup against the St. John?s-Creighton winner.
The 2012 NCAA Championship will culminate at the Women?s Final Four, held April 1 and 3, at the Pepsi Center in Denver.