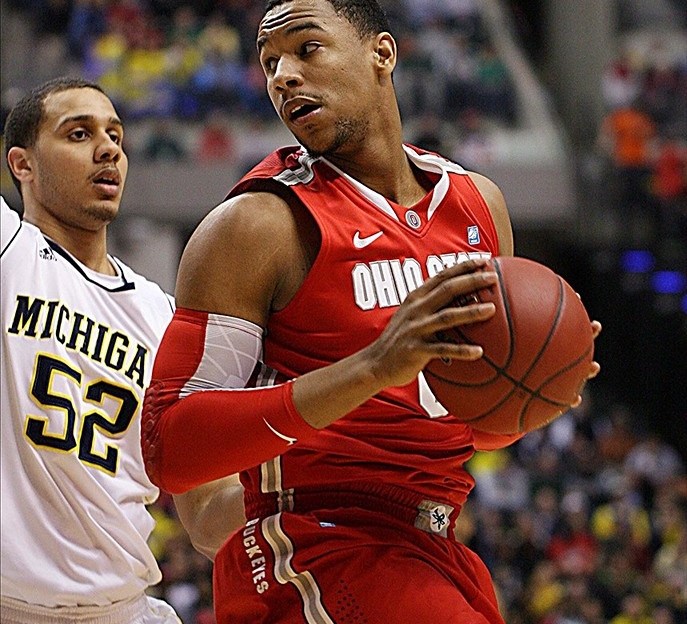 So after Michigan State handled Wisconsin  and Ohio State dominated Michigan, it's the Spartans and the Buckeyes battling for the Big Ten Men's Basketball Tournament Championship live on CBS (box). It's been a fun tourney and we've been following it with a live bracket and video highlights. Find all of our tourney coverage over here and boxscores for each game over here. On Sunday we invite you to join the final day of our live blog as our team of BTN.com experts track the championship but also discuss the upcoming NCAA tournament.

Dive into this post specifically as BTN.com zenior writer Tom Dienhart looks ahead to Sunday's championship game. Also, once this Big Ten tournament concludes be sure to watch BTN TV on Sunday for "Big Ten Basketball & Beyond: Selection Sunday Special" at 7 p.m. ET. Our Big Ten experts will break down all of the news around Big Ten teams better than any other network.

Here's what Dienhart writes looking ahead to Sunday.

Key matchup: Ohio State?s Jared Sullinger vs. Michigan State big men Adreain Payne and Derrick Nix. In two games vs. the Spartans, Sullinger tallied 31 points and 26 rebounds; the Payne Nix tandem combined for 40 points and 12 boards. Whoever wins this Titanic battle in the paint figures to lead their team to victory.

This season?s meetings: Ohio State and Michigan State split their two meetings, with each team winning on the other?s home court. Behind Adreian Payne?s 15 points and Draymond Green?s 12, the Spartans took a 58-48 win on February 11 in Columbus that ended Ohio State?s 39-game home winning skein. The Buckeyes responded with a 72-70 victory on Senior Day in East Lansing on March 4, as William Buford drained a jumper with one second left in the game to lift the Buckeyes to victory. The win allowed Ohio State to claim a share of its third Big Ten crown in a row and fifth in seven years. Michigan also got a piece of the title by virtue of the OSU victory.

My pick: Each team has some mojo. Ohio State has won four in a row after a 2-3 funk as it aims for its third tourney crown in succession. Michigan State has won two in a row after losing two in a row as it looks for its first tourney crown since 2000. And not only will the Big Ten tourney championship be on the line, but so might a possible No. 1 seed in the NCAA tourney. I?m going with Ohio State. I think the Buckeyes have more scoring options, as Michigan State finally will feel the absence of Branden Dawson in this game. Sullinger, Williams Buford, Deshaun Thomas, Aaron Craft, Lenzelle Smith, Jr., will be too much for the Spartans.