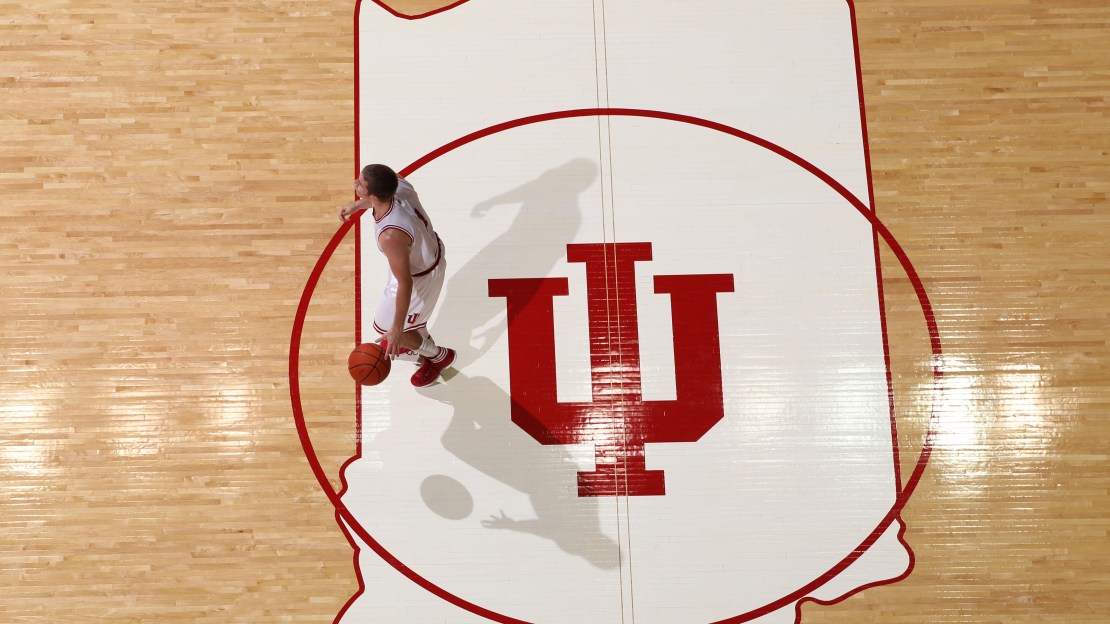 Indiana has 20 wins for the first time since 2007-08 and are NCAA tourney bound for the first time since that same season. Add it all up, and some think the program is ahead of schedule in its rebuilding project under fourth-year Indiana coach Tom Crean, who has done a great job cleaning up the mess left by Kelvin Sampson. This is why Jordan Hulls decided to stay home. He wanted to be part of something special. He wanted to be part of rebuilding the school he grew up loving and worshiping.

The 6-0, 181-pound junior point guard enters the final regular-season game of the season averaging 11.1 points, 2.5 rebounds and 3.3 assists for an Indiana team that?s 23-7 overall and 10-7 in conference action.

The Bloomington, Ind., native has been a steadying force all season and is a reason why the fortunes of the storied program that has won five national championships are beginning to turn.

Indiana won 10 games when Hulls was a freshman in 2009-10; 12 last season and has 23 victories in 2011-12 with Purdue coming to town for the regular-season finale on Sunday. Indiana whipped the Boilers, 78-61, in West Lafayette on February 4. Hulls, who scored 10 points in the first meeting with the Boilers, knows Purdue will be motivated. But so are the Hoosiers, who are in a tie for fifth place with Purdue.

I caught up with Hulls on Friday as he prepped for the Boilermakers? visit. Read all my Q&As here.

Q: What does the Purdue rivalry mean to you as a native son of Bloomington?
A: It?s definitely a big-time game having grown up here in Bloomington. But we approach it like any other game, the way we prepare and watch film. But there is that rivalry aspect to it, which always makes it fun.

Q: Why did Indiana have so much success when you last played Purdue?
A: I just think we played really aggressive and played like we want to play. We didn?t let them dictate how we wanted to play. We were aggressive and knocking down our shots and playing defense. It was really good for us and we were able to get a win.

Q: Did you ever get an inkling earlier this year that this team could be special?
A: I knew after we finished the season last year, we were pretty upset with our record and how we played in several games. We knew we had a lot of room to improve. And this summer and in the offseason workouts, I really felt like the chemistry was there and liked the work ethic of everyone. We all wanted to get better and were sick of losing. As we got into the preseason workouts, I could tell things were special and that we could do some pretty good things.

Q: What are some of the things you felt that you have done well this season?
A: I feel like I?m being a better leader and am more vocal on the court and off the court, in practices, lifting weights. I think that?s where I have improved the most. On the court, I feel like I?m being more aggressive this year, too. There have been a couple games where I haven?t been as aggressive, but I keep working on it. I?m also working on my defense, which is something I need to continue to work on. But I think I?ve come along.

Q: You guys beat No. 1 Kentucky, No. 2 Ohio State and No. 5 Michigan State. This is the first Indiana team to beat three top-five teams in the same season in the regular season. Was one of those wins more special than the other?
A: They all are great wins. But I?d have to say the Kentucky game was pretty special, considering they were No. 1 and we weren?t ranked at the time. The game was at our place, and Kentucky is another big rival for us. And winning the way that we did on a last-second shot (by Christian Watford), that was pretty special.

Q: Being a local product, do you feel more pressure?
A: A little bit more pressure, but I don?t let it get to me or anything. I just listen to my coaches and family. And I don?t let anything affect me too much. But there is a different kind of pressure being from Bloomington and living here my whole life. But there haven?t been too many negatives coming from it.

Q: What has made Cody Zeller so good?
A: Just the way he plays. He plays so hard and is really smart. He doesn?t let anything really get to him. He doesn?t get flustered too much, which is really rare to see for a freshman. He is playing really well for us and is a big key why we have had success. He?s a pretty special kid. I?ve known him and his family for a long time now. He?s a kid we love having. What makes him so good is he?s himself all the time and doesn?t let anything get to him.

Q: You were No. 2 in the Big Ten in three-point field-goal percentage (48.3 percent) entering the week. How many shots do you take a day to stay sharp?
A: It depends if I?m in the offseason or in-season. I try to make 200, 300 shots a day during the offseason if I can.

Q: Is Indiana back?
A: I definitely think we are back. We have made an impact nationally and locally. Being from Indiana, I know what it can get like and how this town can be when we start winning ball games. I still feel like we have a lot of room to grow, and still a lot of things we can improve upon. But I definitely feel we have made an impact and people know that Indiana is back.