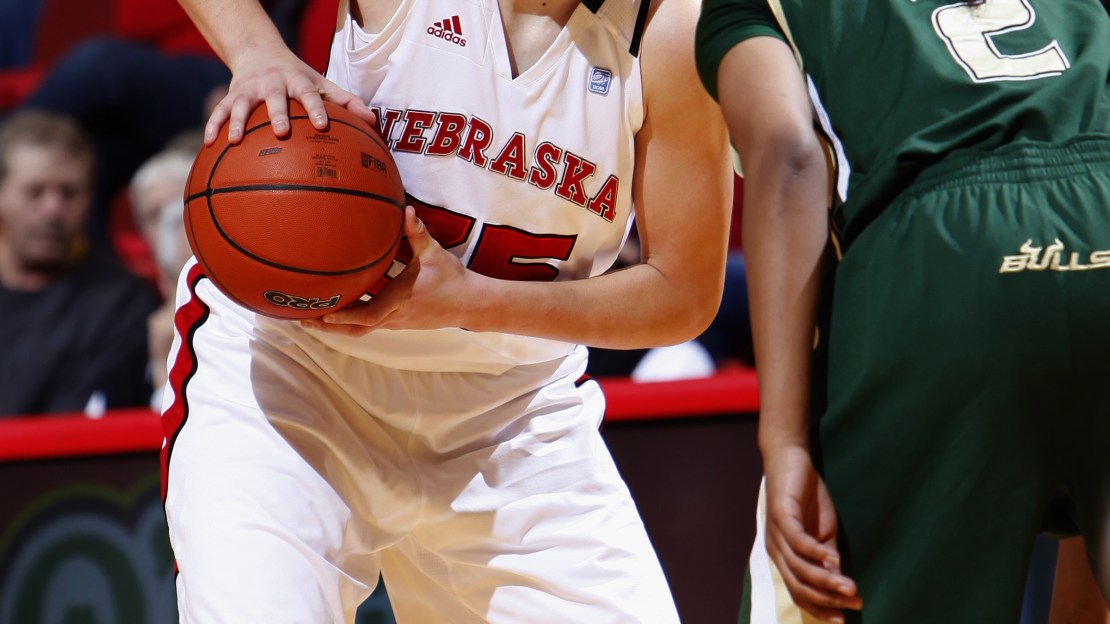 The first day of the 2012 Big Ten Women's Basketball Tournament featured four games on BTN/BTN2Go as Michigan beat Illinois, Nebraska handled Northwestern, Minnesota beat Wisconsin, and Michigan State eliminated Indiana. Get caught up on all of Thursday's action on the interactive bracket or the scoreboard and get video highlights, interviews and recaps in this post.

Also, on BTN TV we'll be displaying the best tweets using the hashtag #B1Gtourney throughout the tournament. Want to track tweets from Indy? We set up a tweet tracker on our Facebook page you can check all tournament long.

Use this interactive bracket for the entire tournament.

Michigan's women's basketball team shot 47.9 for the game to pull out a 68-53 win over Illinois to open play at the 2012 Big Ten Tournament on Thursday at the Bankers Life Fieldhouse. Courtney Boylan scored 17 points, connecting 6-of-8 from the field to lead U-M in scoring. Kate Thompson connected 5-of-8, including 3-of-4 from behind the arc, to score 13 points off the bench. Rachel Sheffer chipped in 12 points and Jenny Ryan Saginaw, Mich./Nouvel Catholic Central) pulled in a team-high six rebounds to go with eight points. Both finished with three steals. Read the full MGoBlue.com recap

Illinois' women's basketball team faltered against Michigan in the opening contest of the 2012 Big Ten Tournament, 68-53, on Thursday morning. Junior Karisma Penn earned her ninth double-double of the season, with 10 points and 11 rebounds to lead the Illini. Junior Adrienne GodBold scored 12 points while redshirt-senior Lydia McCully also reached double figures, with 10 points, in her final contest with the Orange and Blue. Read the full FightingIllini.com recap.

The No. 24 Nebraska women's basketball team went on the attack and overpowered Northwestern in an 88-56 victory in the opening round of the Big Ten Tournament at Bankers Life Fieldhouse on Thursday afternoon. With the victory, Nebraska improved to 22-7 overall, including a 10-6 regular-season Big Ten mark. The sixth-seeded Huskers advance to take on third-seeded Iowa in the second round on Friday at approximately 1 p.m. Northwestern, which defeated the Huskers 63-51 just two weeks ago, slipped to 14-16 overall, including a 4-12 Big Ten regular-season mark. Read the full Huskers.com recap.

Three Wildcats reached double digits, but No. 24 Nebraska prevailed, 88-56, Thursday afternoon in the opening round of the Big Ten Tournament in Indianapolis. Dannielle Diamant paced Northwestern with 14 points, while Kendall Hackney and Karly Roser each added 11 in the Wildcats' final game of the season. Read the full NUsports.com recap.

Behind a 19-point performance from senior Kiara Buford, the University of Minnesota women's basketball team thumped Wisconsin, 81-49, Thursday night in the opening round of the Big Ten Conference Women's Basketball Tournament at Bankers Life Fieldhouse in Indianapolis, Ind. Read the full Gophersports.com recap.

Wisconsin's women?s basketball season came to an end with an 81-49 loss to Minnesota in the first round of the Big Ten Conference Tournament at Bankers Life Fieldhouse. The Badgers end their first season under head coach Bobbie Kelsey 9-20. Read the full UWBadgers.com recap.

Fuind more info on this game at MSUSpartans.com and IUHoosiers.com.