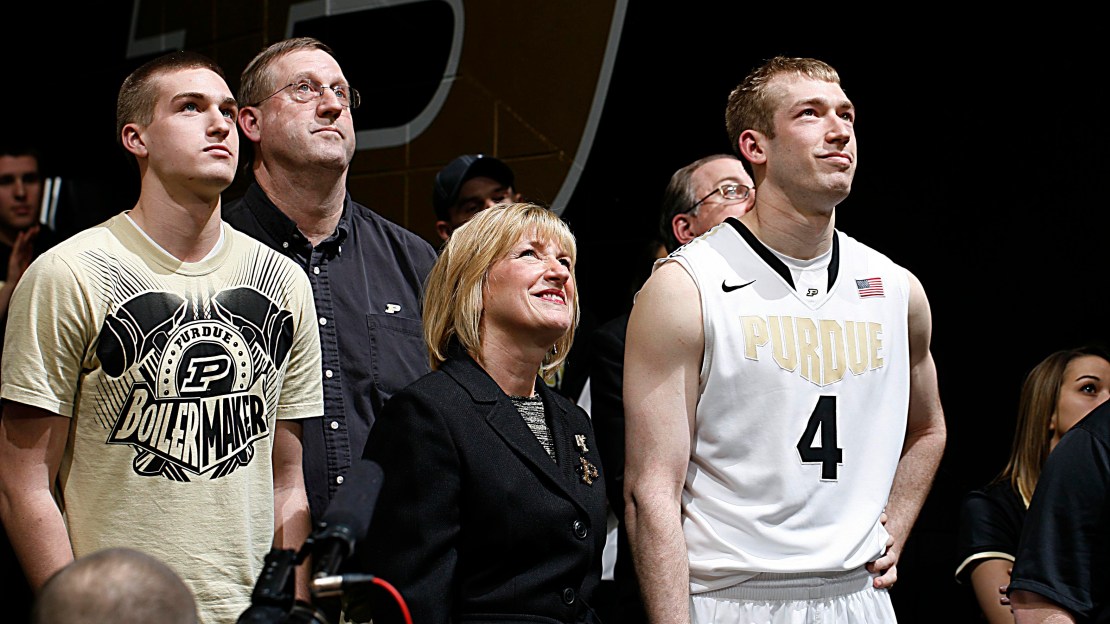 Wednesday was Senior Night at Mackey Arena, and that meant it was Purdue fans' final chance to say goodbye to Robbie Hummel, as well as Lewis Jackson and Ryne Smith. As great as Jackson and Smith are, Hummel was the star of the festivities. The forward, of course, came to Purdue along with JaJuan Johnson and E'Twaun Moore, and the trio put Purdue back on the national map. Unfortunately, injuries plagued Hummel throughout his career and kept him off the court for a year and a half. I went to Twitter to ask Purdue fans for their favorite Hummel moment or memory. See the responses in this post.

My moment: The incredible one-on-one battle with Ohio State's Evan Turner. Come to think of it, tonight's performance (26 points, 8 rebounds, 6 assists) wasn't all that bad, either. Read the AP recap.

@BTNBrentYarina at MN his Soph year when he took multiple charges and dove on lose balls with a broken back because his shot wouldn't fall.

@BTNBrentYarina most memorable, Feb. 24, 2010… Favorite, every single game Rob Hummel has worn the Purdue jersey in over the last 5 years!

@BTNBrentYarina the save then run back inbounds to hit a 3 against MSU. All his best assets in one play.