Did You See This? MLB star dons Robinson jersey 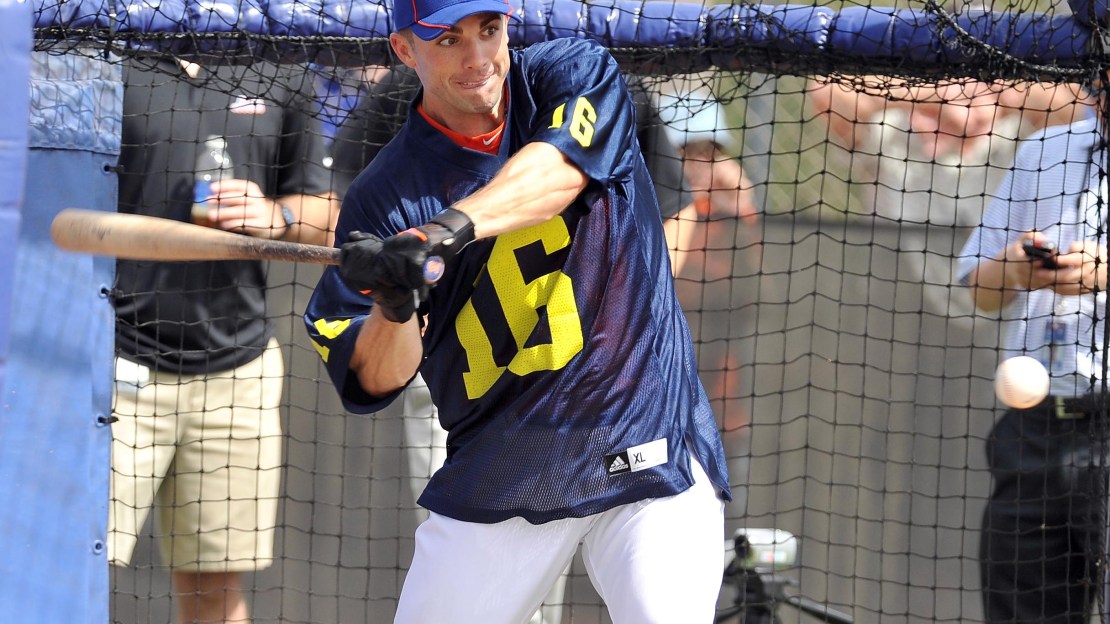 A couple weeks ago, there was a love song dedicated to Michigan quarterback Denard Robinson. On Monday, David Wright, one of the biggest stars in the MLB, donned a Robinson jersey during New York Mets' practice. See a couple photos of Wright in the Robinson jersey in this post.

Why did Wright don the Robinson jersey, you ask? Here's why, according Detroit SB Nation:

"As it turns out, Wright was paying off a bet, believed to be made with Mets CEO Jeff Wilpon. Wright is a Virginia native and Virginia Tech fan, while Wilpon presumably roots for his father's alma mater, so the two decided to make the result of the Sugar Bowl between the Hokies and Wolverines a bit more interesting.

Almost two months after Michigan's 23-20 overtime victory over Virginia Tech in New Orleans, Wright finally paid off his wager with Wilpon. No word on whether or not Wright had to buy the customized jersey. (We assume he wore a No. 16 jersey because of Robinson's popularity.)"

Mets owner Fred Wilpon is a Michigan graduate – his name is on the Michigan baseball and softball complexes – and he's the reason the Wolverines come to Port St. Lucie, the Mets' spring training home, every spring.