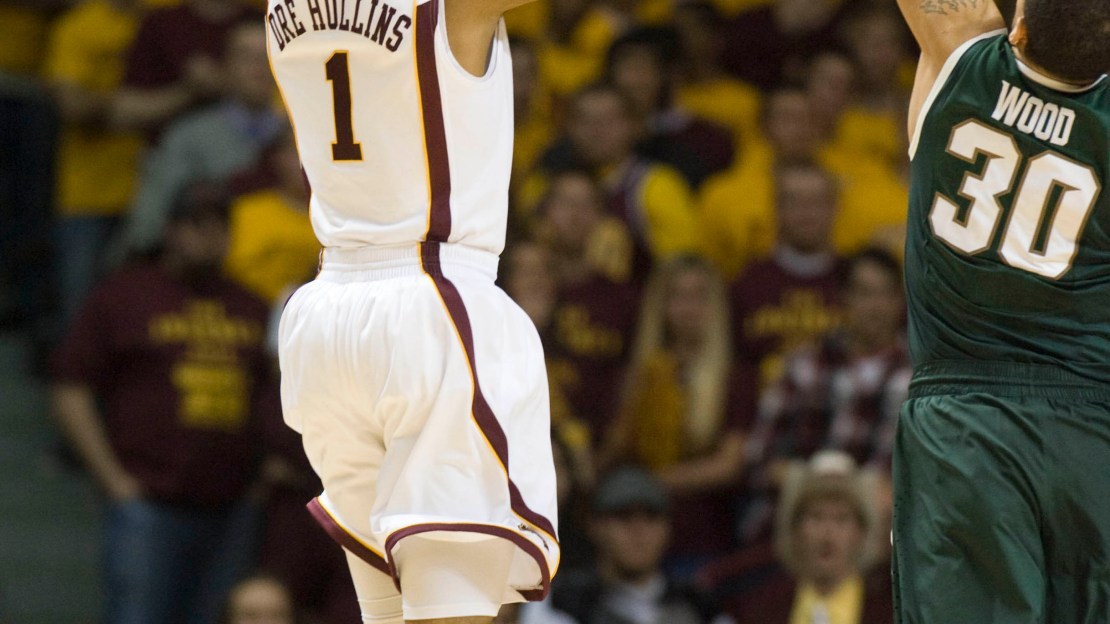 Another night, another set of at-large hopes dashed. On Wednesday evening, Minnesota hoped to keep their NCAA Tournament hopes alive, at least for another few days, with a crucial home matchup against Michigan State. Things were looking up when the Gophers took a nine-point lead with just over 10 minutes remaining. Maybe Minnesota really would pull this off and get back onto the bubble.

Maybe not. The Gophers made just two field goals over the final 10 minutes, with one of them being a meaningless three with two seconds left. The split of efficiencies completely changed over the final 16 possessions:

Remember this post, where we talked about Minnesota's missed opportunity at home against Ohio State? That was a game where the Gophers played quite well outside of a horrific window in which they gave up a 20-0 run, driven mostly by an atrocious turnover rate. Well, the same thing happened against the Spartans, except this time it was even more excruciating given that the bad stretch came at the end of the game. Like in the Ohio State game, it was a barrage of inexplicable turnovers that doomed Minnesota.

For whatever reason, these Gophers have shown a propensity to turn it over like crazy for stretches, even when they've had no turnover issues for most of the game. This awful finish effectively bounces Minnesota from the bubble discussion. Short of winning out, which would include a home win over Indiana and a win at Wisconsin, the Gophers will head to Indianapolis needing four wins in four days to reach the NCAA Tournament.

Purdue took out some frustration on Nebraska on Wednesday, posting a scalding 1.38 points per possession in an 18-point blowout. The Boilers bombed away from deep, taking over half of their shots from three and converting them at a 45 percent clip. Things didn't go any better for the Huskers defense inside the arc either, where Purdue shot 65 percent. All told, it was Purdue's second-highest output of the Matt Painter era, bested only by the November 2007 blowout of Loyola Chicago.

Highlighting the team's sudden lack of depth, only seven Boilers played more than a minute, despite a lead that never got smaller than 14 points in the second half. Robbie Hummel led the way with 29 points on 18 shots, and his B1G numbers are firmly back into all-conference territory (Offensive Rating 112, Possession Percentage 26).

Purdue is in very good shape as pertains to an at-large bid, as simply winning next week's home game against Penn State would just about clinch it. With the unlikelihood of wins in their other games (at Michigan, at Indiana), the Boilermakers are over 50 percent likely to finish right at 9-9 according to KenPom's odds, but almost all of the other scenarios represent upside. It's been a bit of a disappointing season for Purdue, but it could certainly be worse.

In a strangely scheduled nonconference game, Indiana smoked North Carolina Central by 19. Tom Crean took advantage of the opportunity to get deeper into his bench, as 11 Hoosiers played at least five minutes each. Not surprisingly, this led to a sloppier-than-normal game, but Indiana cruised anyway thanks to their dominance on the glass. Cody Zeller and Victor Oladipo combined for nine offensive rebounds and 33 points.

On Thursday night, Iowa picked up a surprising home victory over Wisconsin, propelled by more ridiculous shooting from Matt Gatens. The red-hot senior scored 33 points and didn't commit a single turnover, and he shot seven for 10 from three for the second straight game. Gatens is now hitting 48 percent of his threes in conference play, a huge jump from his previous three seasons.

This second-straight win over a ranked opponent prompted some to wonder aloud if the Hawkeyes could somehow get into the at-large discussion. True, a 10-8 conference record is still in play for Iowa, and the Hawkeyes do have four very nice wins (Wisconsin twice, Michigan, Indiana), but it still feels like a stretch. Losing five games against one of the nation's weakest nonconference schedules certainly won't help Iowa's case come Selection Sunday, though we Geeks thought something similar about Penn State for much of last season. If Iowa can finish at 10-8 and win a couple games in the Big Ten Tournament, maybe there really is some hope. A free-falling Illinois squad will look to dash those dreams on Sunday in Champaign.