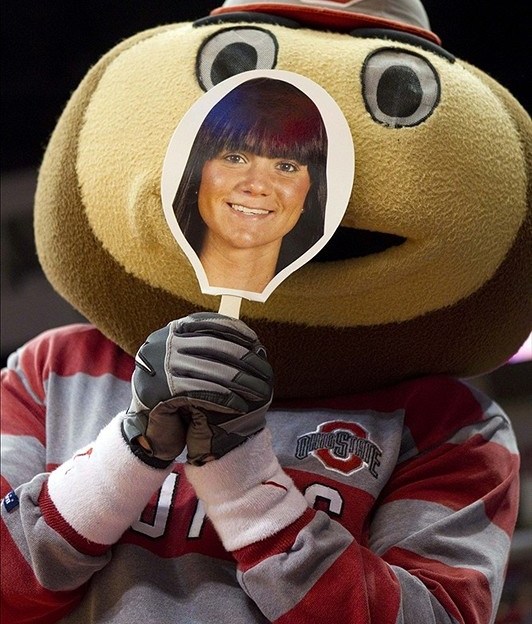 On Thursday night Ohio State's Samantha Prahalis had a game for the ages as the Buckeyes senior guard scored a school-record 42 points in her last home game and Ohio State beat Minnesota 81-56. She finished with six rebounds, four assists and three steals before leaving to a standing ovation with 2:27 left after breaking Katie Smith's 1994 record by hitting two free throws.

?My teammates found me," Prahalis said. "It says a lot about them that they kept giving me the ball to shoot. It shows they have faith in me. The fact I can go out like this in my senior night is really unselfish of them. I have 12 other girls who are great and it?s just special.?

?I just got into a pretty good rhythm and it was almost like one of those nights when you don?t see the defenders, you just get hot,? Prahalis said.

"That is what makes it tough to play her on senior night," Borton said. "To play a competitor that wanted to finish things like that. I didn?t believe that she was going to have 42, but she didn?t miss. She made some shots that she hasn?t made all year. She is averaging two made threes per game and she made seven tonight. A lot was going her way.?

Here's a look at Senior Night at Ohio State:

A red-eyed Jim Foster on Prahalis' record-breaking night: "I don?t know who wrote the script, but somebody did."

Oh and by the way: 0 turnovers in 38 minutes for @Sammy_Prahalis. What a game!!

Prahalis is now six assists away from tying the All-Time Big Ten assist record. Have a look at this stellar montage of some of her greatest assists.

Listen to an audio interview Prahalis gave to BTN.com earlier this season as part of our Gimme 5 segment.