Big Ten Mailbag: The Latest Answers Are In 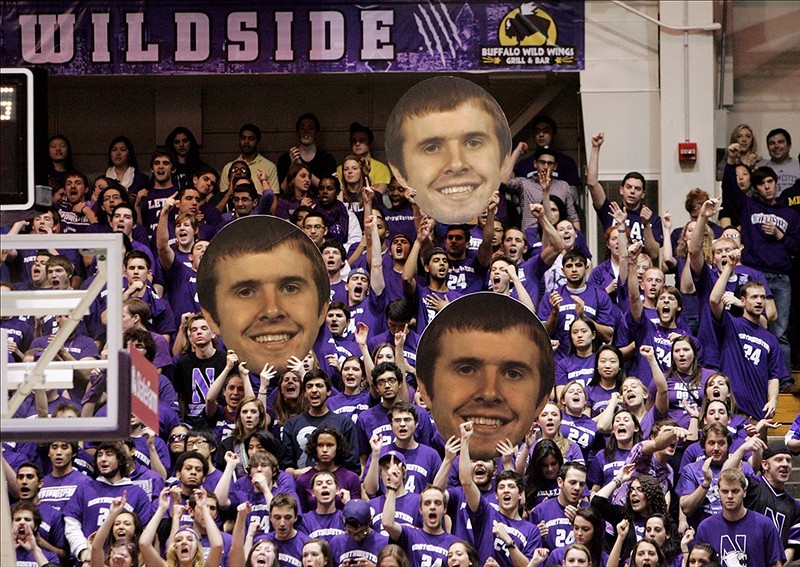 You have questions, I have answers in my weekly Big Ten mailbag. For instance, why was San Francisco 49ers coach Jim Harbaugh working at a recent Indiana Hoosiers game? Watch the video to find out. There were plenty of other hoop queries in my mailbag this week with the season winding down. In case you were wondering, the Big Ten tourney kicks off March 8 in Indianapolis. Tickets are available Monday.

Don' forget: I'm on @BTNTomDienhart on Twitter and I enjoy hearing from you. We've also launched a little video Q&A experiment on the BTN Facebook page where you can send me questions and comments and I'll reply with a video response. Check it out.

Now, let's get to the questions …

There was a situation with a prospective college football player in the West who he didn't show up to a Letter-of-Intent signing ceremony. It seems like every year, student-athletes try harder and harder to "stand out" and have ceremonies. Is there any end in sight ,and what is to blame for all of this (TV, Internet, media attention, social media, etc.)? – Tim

I don?t see any end to the attention-mongering. People love the attention-until things in their careers don?t go as planned. Then, the media gets chastised for writing about an "innocent kid who is just trying to grow up." Well, you can?t have it both ways. Kids that seek attention just raise expectations on themselves that often times are unattainable. And when they don?t reach those unattainable levels, their careers are labeled as "busts."

What?s the cause of this need to seek the spotlight? I do think the me-me-me culture of social media has made things worse.

I am hoping that Iowa can make some noise in the Big Ten Tournament and grab an invite to the Big Dance! The team pairings are important, but the Hawkeyes? weapon will have to be an improved defense and team play. What?s your input? -Tom

You are correct about matchups and pairings being key in the Big Ten tourney, but the Hawkeyes? unique go-go style can cause problems for every Big Ten team because they don?t see it often and it?s difficult to prepare for. Defense will be key for Iowa. At times, it has been spotty for the Hawkeyes, who entered the week with a 14-13 overall mark and 6-8 Big Ten slate.

In fact, Iowa is last in the Big Ten in scoring defense (72.1 ppg). Opportunity awaits Iowa, which has games left vs. Wisconsin; at Illinois; at Nebraska; vs. Northwestern. The Hawkeyes will need to win all of those games-and it?s possible-as well make a run in the Big Ten tourney to get an NCAA at-large bid.

What do you think will be some of the bigger questions for Wisconsin in spring football? – Pete

For a team coming off of consecutive Big Ten titles, the Badgers have lots of questions. No. 1 is working on chemistry with six new assistant coaches on board. Wisconsin also must retool an offensive line that lost three All-Big Ten picks in Peter Konz, Kevin Zeitler and Josh Oglesby. And, perhaps biggest of all: Who will replace Russell Wilson at quarterback? Jon Budmayr and Curt Phillips are coming off surgeries, so who knows how capable they will be this spring. Joel Stave and Joe Brennan figure to get long looks. Bottom line: This is a critical spring for Bret Bielema and the Badgers.

Do you think Michigan can win the Big Ten? – Janet

After that gutty overtime victory at Northwestern-Michigan?s fourth in a row and fifth in six games-you have to like the Wolverines? chances. Michigan is 21-7 overall and 11-4 in the Big Ten, a half-game behind front-running Michigan State (12-3 league mark). A big key for Michigan?s success: For the first time under John Beilein, the Wolverines are playing good defense.

And they are tough at home, boasting a 15-0 mark in Crisler Center. Michigan will have a good chance to win out, with a visit from Purdue next followed by season-ending trips to Illinois and Penn State prior to the Big Ten tourney. But, of course, the Wolverines will need the Spartans to lose one down the stretch. And that could happen, as Ohio State finishes the season with a game in East Lansing.

What has happened to Illinois? – Matt

It's been sad to watch the wheels come off the Fighting Illini. After Brandon Paul went off for 43 points in that home win over Ohio State, Illinois was 4-1 in Big Ten action and thinking of challenging for the league title. But since then, the Illini are 1-9 with any NCAA hopes likely being tied to winning the Big Ten tourney. Several factors have contributed to Illinois? demise.

There?s a lack of leadership that hampers the team in bad times and even in good teams as a voice of reason to keep things in perspective. And point guard play has been spotty-at best. Bradley transfer Sam Maniscalco hasn?t had the expected impact, and Tracy Abrams is just a freshman. Illinois also has been hampered by poor shot selection and soft defense. Add it all up, and you have a team in distress.

Do you think Purdue will make the Big Dance for a sixth season in a row under Matt Painter? – Randall

When you look at the Boilermakers? resume, it isn?t impressive. Purdue is 18-10 overall and 8-7 in the Big Ten. And the Boilers are 0-7 vs. ranked teams, making them the only Big Ten squad with no victories over Top 25 teams. Also, the Boilers have some ugly losses, blowing big leads vs. average Butler and Xavier teams and getting hammered by 20 points at Penn State by a Nittany Lion team that?s currently in last place.

The "big" wins? Miami (Fla.), Temple and Iona. Still, most mock brackets include Purdue in the NCAA tourney. And the sentiment seems to be that if the Boilermakers finish 9-9 (and perhaps win at least one game in the Big Ten tourney), that may be enough to get them in the Big Dance. And there?s a good chance for that to happen, as Purdue plays host to Penn State and also has games at Michigan and Indiana before the Big Ten tourney.