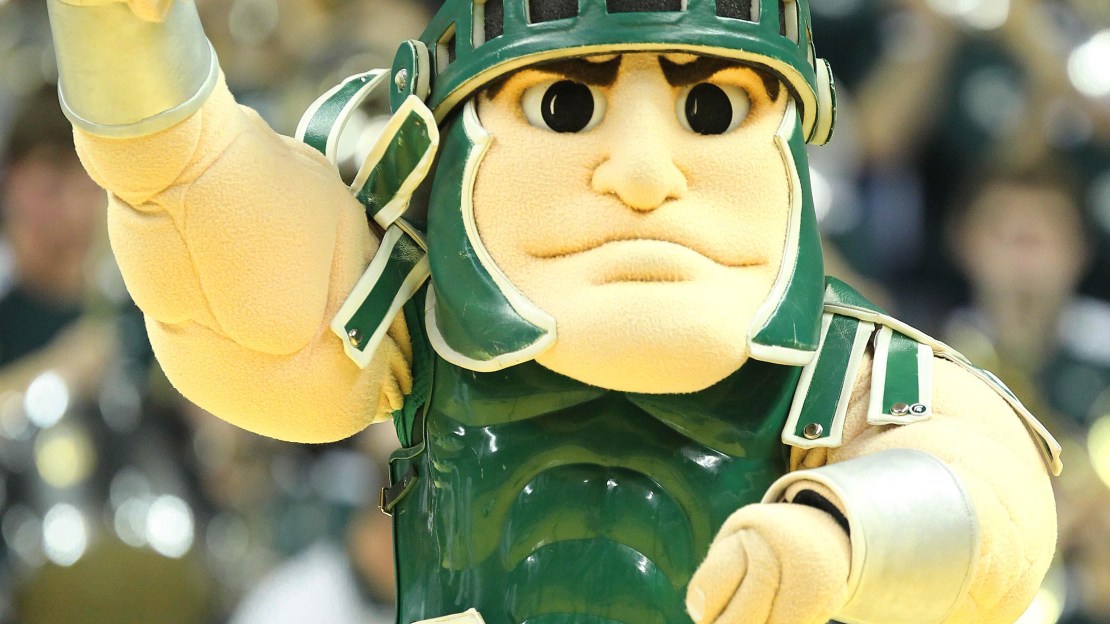 It has been an interesting week, with the league title chase coming into sharper focus with Michigan State?s big win at Ohio State. It will come down to Sparty vs. Brutus for the title, which is what we thought would happen back in October. So, it looks like the other Big Ten teams are relegated to a chase for third place.

The out pouring of brutal honesty by Illinois coach Bruce Weber after a tough home loss to Purdue on Wednesday may have been the biggest story of the week. Still, on the court, there?s lots to look forward to for Illinois and many other teams the rest of the way. Check it all out here in my weekly Three-Pointers.

STOCKS TO BUY
1. Michigan State. There is no hotter team in the Big Ten than Sparty, which is coming off a huge week that saw it win at Ohio State-ending the Buckeyes? 39-game home winning skein–and then topple Wisconsin in East Lansing last night. That?s six wins in seven games, if you are scoring at home. Let?s call this the ?best? team in the Big Ten-at least for now.

2. Indiana. Those losses at home to Minnesota and at Nebraska? They seem like they never happened. The Hoosiers have won five of their last seven and seem to be developing a real mojo and resolve down the stretch. Will Indiana-which notched its 20th win for the first time since 2007-08–win the Big Ten? No. But the Hoosiers have a shot to finish among the top three, getting a bye in the Big Ten tourney and nice NCAA seed.

3. Purdue. The Boilers have a little bit of mojo, winning two games in a row to greatly enhance their NCAA resume. Purdue hadn?t won consecutive games since ripping off three victories in a row at the end of December. Yes, it?s has been that type of year for the Boilermakers.

STOCKS TO SELL
1. Illinois. It?s seven losses in eight games for the free-falling Fighting Illini, as questions abound about Illinois? NCAA hopes and Bruce Weber?s future. The defense has been bad. And where?s the leadership? More bad news: Illinois still has games at Ohio State and at Wisconsin, along with a visit from Michigan.

2. Nebraska. The Huskers are slumping down the stretch, losing four in a row and five of six. Center Jorge Brian Diaz is done for the year. A losing overall record looks like a lock. Yeah, it?s not fun right now to lace ?em up in Lincoln.

3. Northwestern. Those NCAA hopes? They are looking bleak. It?s too bad because it would have been a great story to see the Wildcats reach the Big Dance for the first time ever, but Northwestern has followed a three-game winning streak with back-to-back losses to drop the Wildcats to 5-8 in the Big Ten. At least opportunity lurks, with games left vs. Minnesota; vs. Michigan; at Penn State; vs. Ohio State; at Iowa. The Wildcats likely need to win four of those to get in the tourney-and it may be possible.

THINGS I LEARNED
1. The Big Ten lacks explosive and athletic wing players. Where are all of the dynamic off-guards and small forwards who can run the floor to drain jumpers or explode to the rim? They just aren?t there in the Big Ten, which is loaded with good point guards and several strong big men. Guys like Ohio State?s William Buford, Illinois? Brandon Paul and Michigan?s Tim Hardaway, Jr., have the tools on the wing, but each has been inconsistent.

2. Indiana may not lose another game. Yes, you read that correctly. The Hoosiers have a toughness and grit about them that has emerged the last few weeks. Indiana has won three in a row with Cody Zeller rolling. Up next: at Iowa, followed by North Carolina Central (How did that get in there?), at Minnesota, Michigan State, Purdue. It?s fun in Bloomington again!

3. Iowa?s Aaron White is the most underrated freshman in the Big Ten. It?s difficult to get notice with other freshman sensations like Cody Zeller, Trey Burke, Branden Dawson and Dave Sobolewski also in the Big Ten. But White is averaging 10.2 points and 5.3 rebounds. And he plays with passion, too.

TRUTHS
1. The title chase is down to Michigan State and Ohio State. No surprise there, huh? Each team is 10-3 in the Big Ten and seemingly headed for a de facto Big Ten regular-season title game on March 4 in East Lansing. I can?t wait.

2. The most intriguing race is for the other two first-round byes in the Big Ten tourney. We all know the Spartans and Buckeyes are locks for two of the byes. But Wisconsin, Michigan and Indiana will engage in a fun battle down the stretch for the two final slots. Interestingly, none of the teams plays each other down the stretch.

3. For all of its woes, Illinois still may make the NCAA tourney. Really. The Fighting Illini are 5-8 in the Big Ten, but they have wins over two top-10 teams (Ohio State and Michigan State), as well as a nice victory over a then-ranked Gonzaga in the non-conference. And opportunities lurk in the remaining schedule. But can Illinois keep it together emotionally, improve its shot selection and tighten its defense? This will be one of the most-watched storylines the rest of the way.

IMPRESSIVE WINS
1. Michigan State 58, Ohio State 48. Let?s go ahead and call this the most impressive conference victory by any team in the Big Ten this season. The Spartans played suffocating defense in limiting the Buckeyes to 26.4 percent shooting. Michigan State also got an unexpected lift from big man Adreian Payne, who notched a team-high 15 points.

2. Michigan State 69, Wisconsin 55. There was no let down after that big win at Ohio State, as the Spartans demolished the Badgers with another enveloping defensive effort. Wisconsin shot just 34 percent in a game that essentially was over at halftime (31-19). Draymond Green was, well, Draymond Green, firing a salvo for Big Ten Player of the Year honors with another double-double (20-10).

3. Purdue 67, Illinois 62. Behind four players who scored in double-figures, the Boilermakers scored a crucial road win over Top 50 RPI team. Robbie Hummel (19 points) and D.J. Byrd (13) hit the big shots, and the Boilermakers turned up the defensive pressure down the stretch as the Illini hit just 3-of-21 three-point attempts to send Bruce Weber into that oh-so-public-and-painful-to-watch confessional.

GAMES TO LOOK FORWARD TO
1. Ohio State at Michigan, Saturday, Feb. 18. The iconic football rivalry plays out on the hardwood. Ohio State got back on track with a win at Minnesota following that home loss to Michigan State. The Buckeyes know they can?t afford any more slip-ups if they want to keep pace with the Spartans. The Wolverines are trying to end a six-game losing streak to the Buckeyes and score a program-defining win under John Beilein.

2. Minnesota at Northwestern, Saturday, Feb. 18. This is all about survival. The Gophers are still in some NCAA tourney mock brackets, but their resume needs some polishing with three losses in the last four games. The Wildcats? situation is more tenuous, having lost two in a row. It?s vital for Northwestern to protect its home court if it wants to remain in the NCAA conversation. Tourney talk in Evanston is turning into a whisper.

3. Michigan State at Purdue, Sunday, Feb. 19. The Boilermakers? NCAA credentials are improving. A home win over the Spartans may be enough to make Purdue an NCAA lock. But it won?t be easy vs. the hottest team in the Big Ten. Sparty has won four in a row, with the last two being impressive triumphs at Ohio State and vs. Wisconsin. Purdue will have ample motivation after getting hammered, 83-58, in East Lansing in January. In that game, Robbie Hummel went 0-for-11 from the field and finished with two points.