Get Ready for the Weekend with Friday's Headlines 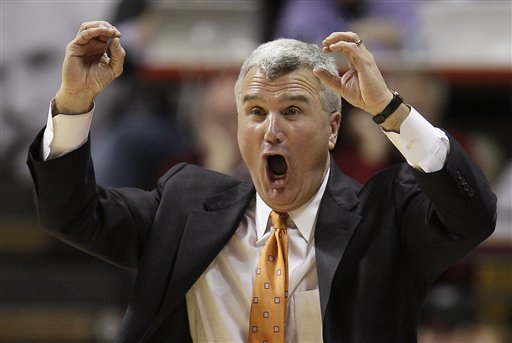 What better way to end your work week than by getting caught up on all the Big Ten news right here?  Selection Sunday is March 11. Until then, here?s a projection of the NCAA field from one of the smartest men in the business, Mike Huguenin of Yahoo! Sports.

Illinois
Bruce Weber should have zipped his lips, advises David Haugh of the Chicago Tribune.

Bruce Weber is honest-and as good as gone, writes Steve Rosenbloom of the Chicago Tribune.

Bruce Weber apologizes after post-game comments, David Mercer, Associated Press. But-don?t you wonder-is it too late for that?

Indiana
Jordan Hulls may have had a goose egg vs. Northwestern, but it still was a strong effort for the little guy, writes Terry Hutchens of the Indianapolis Star.

Michigan
It?s never too early to talk Heisman. Where does Denard Robinson sit in the early 2012 pecking order? Kyle Meinke of AnnArbor.com takes a look.

Junior Hemingway is buried on most draft boards, but draft guru Todd McShay believes in the wideout, says Kyle Meinke of AnnArbor.com.

To a man, Michigan State refuses to relent, says John Niyo of the Detroit News. I have to admit, I can?t recall Tom Izzo ever having a more cohesive unit.

Keith Appling turned in a complete game in that trouncing of Wisconsin, writes Joe Rexrode of the Lansing State Journal. The kid is gonna be good. Real good.

Nebraska
The Nebraska and Illinois coaches each face heat with recent slides, says Lee Barfknecht of the Omaha World-Herald.

Familiar names are among those attending Junior Days, says Brian Christopherson of the Lincoln Journal Star.

Ohio State
Attention, recruiting freaks: The Buckeyes have added a cornerback to the Class of 2013, says Tim May of the Columbus Dispatch.

Purdue
That victory at Illinois is a boost for the Boilermakers, writes Jeff Washburn of the Lafayette Journal-Courier. Now, those NCAA dreams don?t seem so far off.

Wisconsin
Ex-Maryland quarterback confirms he will take a close look at Wisconsin, says Adam Mertz of the Wisconsin State Journal. Another Russell Wilson?