Dienhart: Illini's Weber Poured It All Out 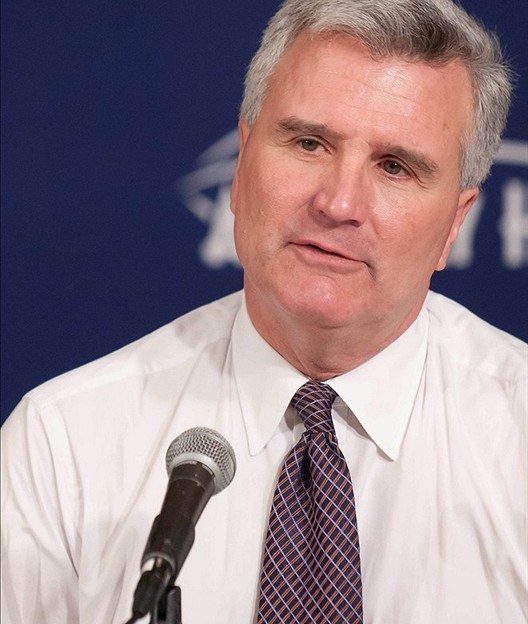 Say what you want about Illinois coach Bruce Weber. Debate his in-game strategy, complain about his inability to land the mega recruit, lament his seemingly kid-glove treatment of players. All legit beefs. But no one can argue with Weber?s sincerity and honesty.

Both came pouring out in an emotionally charged postgame press conference following Illinois? excruciating 67-62 home loss to Purdue. and you can watch the video of his comments here in this post. It was a game many felt the Illini had to win to steady their listing NCAA tourney dreams.

That?s four defeats in a row and seven in the last eight games, making the Illini 16-10 overall and 5-8 in the Big Ten. The debate on if Illinois will make the Big Dance rages. And speculation about Weber?s future intensifies.

"You have to develop a culture and the last three years all I did was worry about winning instead of developing a culture and toughness," Weber said. "That?s my fault.

"You?re trying to please everyone instead of pleasing yourself. That's my fault, in hindsight."

The Purdue loss had a familiar look. Soft defense, poor shot selection, an inability to feed the post. We have seen this movie before. And we may be seeing it for the last time. It was difficult not to jump to that conclusion after listening to Weber empty his heart in the wreckage of Wednesday night.

"The sad thing about the whole thing, and I guess it?s my fault, is instead of creating toughness and developing a team, I coached not to lose all year," Weber said. "That?s really sad, to be honest. We?ve got six games left. We have to see if we can get a win."

It won?t be easy. Look at the to-do list. It features trips to Ohio State and Wisconsin, as well as a visit from Michigan. Will an 8-10 Big Ten record be good enough for Illinois to punch its Big Dance ticket? 9-9? Will the Illini need an extended run in the Big Ten tourney?

No one knows. And that?s why we are here, at this point, wondering about the future of Weber and the Illini.

Amazingly, the lone victory in Illinois? horrid stretch was at home against No. 9 Michigan State. Earlier in the season, the Illini toppled No. 5 Ohio State. That?s two wins over top 10 teams. Of course, there also have been losses at home to Northwestern and at Penn State.

No doubt, Weber?s season isn?t going as planned. Yes, this is a young team with six freshmen, featuring just one senior of note who is a transfer. Still, the pressure was mounting on Weber as 2011-12 dawned.

The time was now. There was a sense of urgency, a need for tangible results as Year Nine of Weber?s tenure unfolded. New athletic director Mike Thomas was watching, waiting and evaluating.

Show us something, Bruce. We all are waiting.

Weber is in this spot because he has led Illinois to the NCAA tourney just two times in the past five seasons, winning just one game. It?s a far cry from his first two seasons in Champaign, when he guided the Fighting Illini to a Sweet Sixteen, and then a trip to the 2005 national championship game.

That seemed like 100 years ago last night listening to Weber?s uncut, unplugged and unfiltered words that dripped with painful truth.

"Sooner or later they have to take accountability and do things they practice," Weber said. "It still comes down to myself and the staff. If they?re not doing it, I guess we're not instructing them well enough."

Here are a few tweets from around Twitter last night as I surveyed the scene from @BTNTomDienhart:

#Illini coach Bruce Weber: 'The sad thing about this is that instead of developing a team, I coach not to lose' – http://t.co/765gIwCy

The last time I recall a coach sounding as defeated as Bruce Weber tonight, Steve Lavin was naming potential successors for himself at UCLA.

Weber's comments sounded like the losing side on election night. Sounded defeated and listed many regrets.

Weber said he has "molly-coddled" players. "You're trying to please everyone, instead of pleasing yourself. that's my fault."

In my view the Weber coaching era ended tonight. He admitted 3 years of failed strategy and that can't be undone. #dechr

Bruce Weber said Illini lack a culture/toughness S. Illinois possessed. Why? "You're trying to please everyone instead of pleasing yourself"

Find all of BTN.com senior writer Tom Dienhart?s work at www.btn.com/tomdienhart, follow him on Twitter at @BTNTomDienhart, send a question to his weekly mailbag here, and  subscribe to his RSS feed. If you were a Big Ten Digital Network subscriber,  you could have watched this press conference and others live. Check out all that the BTDN offers today.