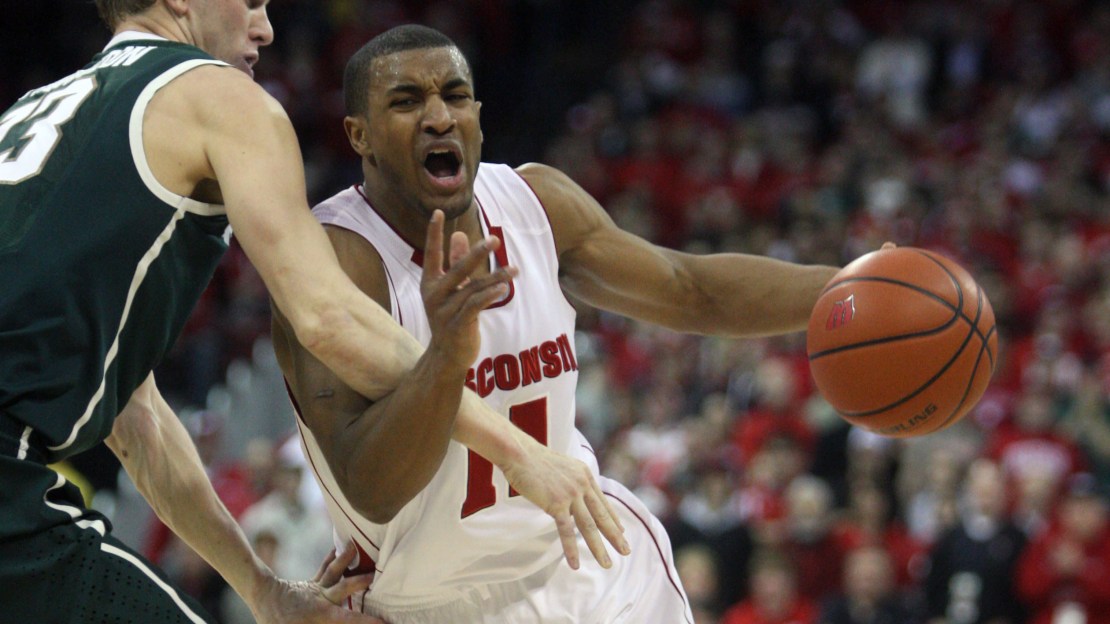 The roster of games this week is littered with some intriguing matchups that will go a long way toward determining the pecking order at the top of the Big Ten standings as we enter the final few weeks of the season. And no tilt on this week?s list of contests is bigger than Wisconsin?s visit to Michigan State on Feb. 16. Now that you know BTN.com senior writer Tom Dienhart's No. 1 game for this week, what about the others? Dienhart ranks them all, from 1 to 11, in this post.

1. Wisconsin at Michigan State, Thursday, Feb. 16. These schools played two epic football games in the fall. And the first hoop encounter this season was a classic, as Michigan State took a 63-60 overtime decision on January 3 after a game-tying 3-pointer by Ryan Evans was waved off (watch the play!). If the Badgers lose this time, their Big Ten title dreams may be over.

2. Ohio State at Michigan, Saturday, Feb. 18. Nothing like a matchup between rivals to get the blood boiling. These teams met just a few weeks ago, with the Buckeyes claiming a convincing 64-49 victory. The Wolverines haven?t lost at home. The Buckeyes have a new sense of urgency following that home loss to Michigan State.

3. Purdue at Illinois, Wednesday, Feb. 15. Only about 90 miles separate these schools. But proximity isn?t the only thing these fine institutions have in common. There also is an air of desperation, as both need the win to stay in the hunt for an NCAA bid. The Boilermakers won the first meeting, 75-60. 4. Ohio State at Minnesota, Tuesday, Feb. 14. This is no place for the Buckeyes to spend Valentine?s Day, as the Gophers have won five of their last eight games and are thinking NCAA tourney. I?ll just say this: Beware The Barn, Brutus, who is stinging from that home loss to Michigan State. This is the only time these teams will meet this season.

5. Michigan State at Purdue, Sunday, Feb. 19. Yes, the Boilermakers are struggling with five losses in their last eight games, but a raucous Mackey Arena crowd will fuel their effort to stay in the NCAA tourney talk. Still, how can Purdue match Michigan State?s defense, rebounding, tenacity and toughness?

6. Minnesota at Northwestern, Saturday, Feb. 18. Two teams that still have their eyes on the March prize. Each coach has been resourceful, as Bill Carmody is winning with basically a six-man roster, while Tubby Smith has kept the Gophers relevant without his best player (Trevor Mbakwe) most of the season. Amazing.

7. Northwestern at Indiana, Wednesday, Feb. 15. Neither team excels on defense. Each has ample offensive weapons. What?s it mean? A fun game with lots of up-and-down action and points. For what it?s worth factoid: This is the lone meeting between these teams this season.

8. Penn State at Wisconsin, Sunday, Feb. 19. The Nittany Lions likely have little chance to win in the Kohl Center, but the battle between point guards Tim Frazier and Jordan Taylor makes this a fun game.

9. Illinois at Nebraska, Saturday, Feb. 18. The Cornhuskers seem to be in a free fall with four losses in a row and little seemingly to play for. The Fighting Illini? They are battling for their NCAA life but enter the week having lost six of their last seven.

10. Indiana at Iowa, Sunday, Feb. 19. The Hoosiers scored 103 points against the Hawkeyes the last time they met. It could happen again, but Iowa has gone 3-1 in its last four home games.

11. Iowa at Penn State, Thursday, Feb. 16. The Nittany Lions typically are tough in Bryce Jordan. Just ask Purdue and Illinois, which both lost in State College, Pa. The Hawkeyes? have lost four in a row on the road after opening 2-0.