Three-Pointers: Who's Got What It Takes? 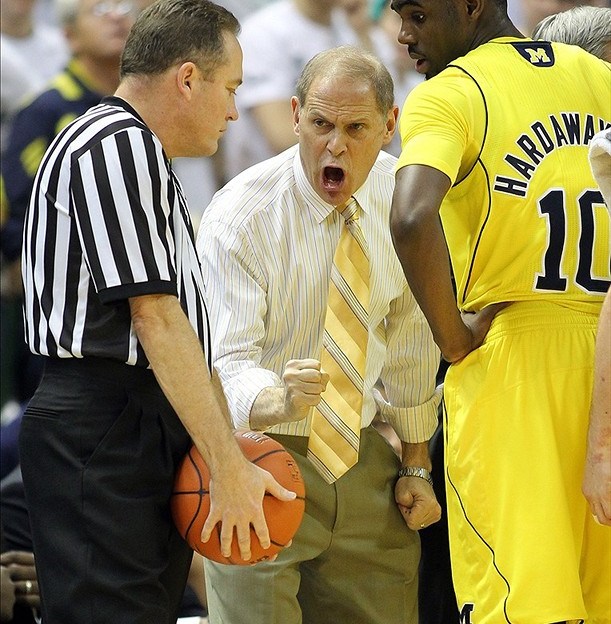 The calendar says February, and the sense of urgency builds for teams with NCAA dreams. Ohio State, Michigan State, Wisconsin, Michigan and Indiana look like locks. But Illinois, Purdue, Minnesota and Northwestern? Work must be done down the home stretch.

Here?s a look back and forward in my weekly Three-Pointers while you wait for the Michigan State at Ohio State game to start (column archive here). Tell me where your head is at when it comes to the rest of this Big Ten season. How will this whole thing shake out? How do you think the Big Ten tourney shapes up? Drop me a comment at the end of this post or shoot me your questions for my weekly Big Ten mailbag.

THREE STOCKS TO BUY
1. Ohio State. Look, just hang on to this stock until March. The Buckeyes-who are riding a six-game winning streak–are looking more and more like Final Four gold with each passing week.

2. Michigan State. Since that loss and knee injury scare to Draymond Green at Illinois last week, the Spartans have looked great. No Big Ten team rebounds or defends with Michigan State?s ferocity.

3. Indiana. Gotta love me some Hoosiers, what with that big win at Purdue on Saturday perhaps being the team?s biggest victory of the season. Yes, even bigger than the triumphs over Kentucky and Ohio State. Indiana has won three of four coming off a home win over Illinois and is rolling. Go ahead, punch your Big Dance ticket.

THREE STOCKS TO SELL
1. Purdue. I sure hope you didn?t hang on to this stock for too long. The bottom appears to have fallen out of a team that struggles to shoot, defend and rebound. And effort? It?s spotty from game to game. Other than that, the Boilermakers are great.

2. Illinois. You want ugly? Check out this factoid: The Fighting Illini have lost five of their last six. Among those defeats are losses at Penn State and at home against Northwestern. Even worse, four of remaining seven games are against ranked foes. Is it getting hot in here?

3. Minnesota. I was right there with you, Goldy, until that home overtime loss to Wisconsin. I love the effort, love the depth, love the physicality ? but I?m not sure if Minnesota is gonna get over the proverbial NCAA hump with Ohio State, Michigan State, Indiana and Wisconsin still on the to-do list. Heck, even a trip to Northwestern scares me, and should Tubby, too.

THREE THINGS I LEARNED
1. No team is deeper than Indiana. And that?s a big reason for the Hoosiers? run of success. Indiana can summon Remy Abell, Derek Elston, Will Sheehey, Matt Roth and Tom Pritchard off the bench-and not miss a beat. Scary, isn?t it?

2. Ohio State doesn?t shoot that well-and it could be costly. The Buckeyes entered the week ranked just ninth in the Big Ten in three-point accuracy (32.9 percent). The team?s overall field-goal percentage is second in the league (48.9), but that?s inflated by a bunch of shots around the rim by Jared Sullinger. So William Buford and Lenzelle Smith, Jr., need to be on-or else ?

3. Nebraska may not win another game. The loss of big man Jorge Brian Diaz to what looks like a season-ending injury only exasperates the situation for Doc Sadler. Check out the rest of Husker slate: at Penn State; Illinois; at Purdue; at Michigan State; Iowa; at Minnesota. Gut-check time in Lincoln.

THREE TRUTHS
1. Illinois? Brandon Paul may be the most underrated player in the Big Ten. Yes, I know he has issues at times with turnovers and was pretty much locked down last night at Indiana. Still, the junior is a suffocating defender. He also is the Big Ten?s top scorer in conference games entering the week with a 20.0 average. Paul also ranks No. 10 in rebounding (5.9); No. 11 in assists (3.1); No. 3 in steals (2.0); No. 5 in blocks (1.2) and No.1 in 3-pointers made per game (2.7). Not many more well-rounded players than Paul.

2. The two most athletic, explosive and exciting players in the Big Ten are Michigan State?s Branden Dawson and Minnesota?s Rodney Williams. Each is worth the price of admission, guaranteed to bring you out of your seat at least once and give you a memory to remember with an I-can?t-believe-it move.

THREE IMPRESSIVE WINS
1. Indiana 78, Purdue 61. This was Tom Crean?s first Big Ten road win that didn?t come at Penn State. And it will provide the Hoosiers with a big dose of confidence down the stretch. Victor Oladipo seemingly came out of nowhere with 23 points. And Cody Zeller? Well, he was Cody Zeller, tallying 16 points.

2. Northwestern 74, Illinois 70. The Wildcats may look back at this win as the one that sent them onto an NCAA trajectory. If so, thank John Shurna and his 24 points. And how about Reggie Hearn and his 20 points? Northwestern did all of this playing just six players. Take a bow, Bill Carmody.

3. Ohio State 58, Wisconsin 52. Jared Sullinger put the Buckeyes on his back and carried them to perhaps their best Big Ten victory of the season, notching 24 points and grabbing 10 rebounds.

THREE GAMES TO LOOK FORWARD TO
1. Michigan State at Ohio State, Sunday, Feb. 11. The heavyweight battle we all have been waiting for. The Buckeyes and Spartans should be required to wear helmets and shoulder pads. Each team can defend and rebound. The difference? The Buckeyes are more skilled offensively. Plus, they are playing at home.

2. Ohio State at Minnesota, Tuesday, Feb. 14. The Gophers are tough to beat in the Barn. If the Buckeyes aren?t dialed in, they could get tripped up by a deep, physical and well-coached Gopher team. I said "could."

3. Wisconsin at Michigan State, Thursday, Feb. 16. The Badgers are road warriors, winning five of six Big Ten contests away from home. But without a doubt, this trip to the Breslin Center will be Wisconsin?s most stern test away from the Kohl Center.