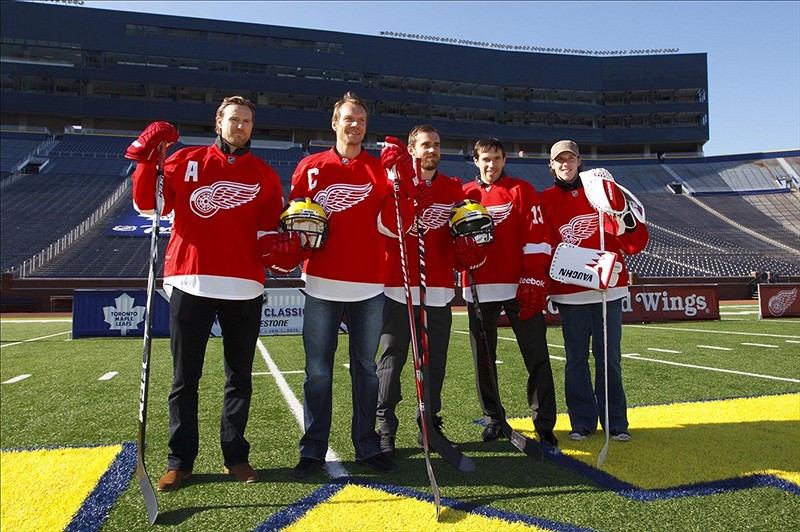 With the news that the NHL rivals Detroit and Toronto will face off in the University of Michigan's football stadium next winter for the league's Winter Classic on Jan. 1, 2013, we thought of another hockey game played there two years ago. Remember back in 2010? Michigan won that game, 5-0.

As for the NHL game in 2013, it looks like they're going for a record, according to NHL.com.

The opportunity to play the Winter Classic game at Michigan Stadium and go for a Guinness World Record crowd proved to be a successful pairing.

The record for a NHL game was set in the inaugural Winter Classic when 71,217 fans filled Ralph Wilson Stadium for the 2008 Amp Energy NHL Winter Classic, in which Pittsburgh defeated the host Sabres in the shootout. Boston's Fenway Park (2010), Pittsburgh's Heinz Field (2011) and Philadelphia's Citizens Bank Park, this past January, have been the other hosts of Winter Classic games.

None of those hosts, however, have come close to the capacity provided by the Big House.

For the NHL and 2013, it also looks like the usual hockey fan festival will be at Comerica Park in Detroit with the big game in Ann Arbor. Read more at NHL.com.