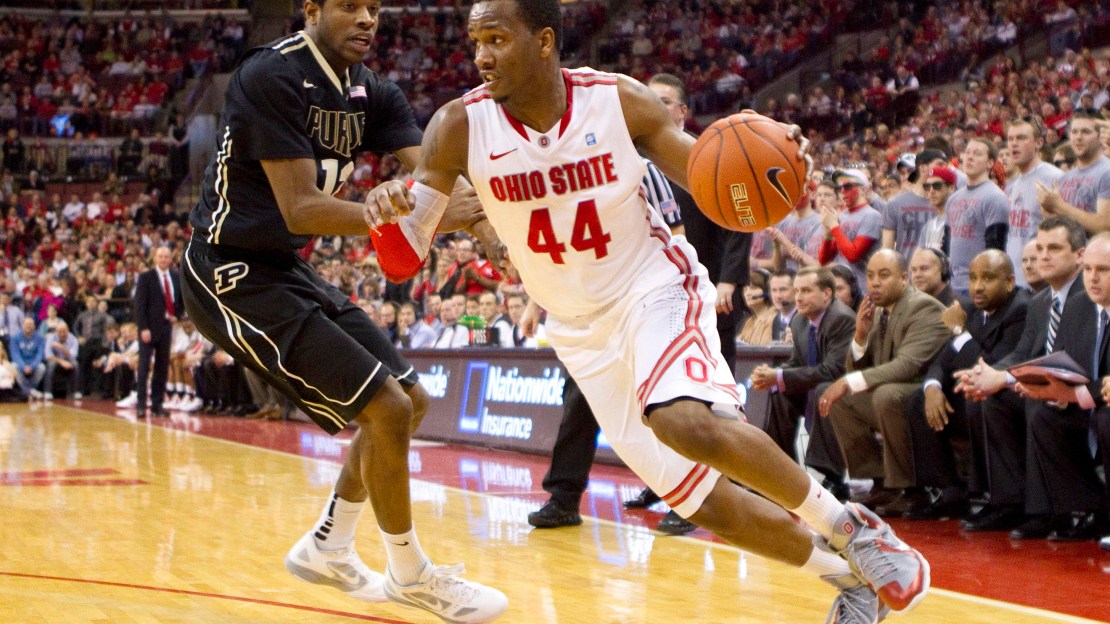 (AP) William Buford scored a career-high 29 points and capped his night with a pivotal dunk in the final minute to power No. 3 Ohio State past Purdue 87-84 on Tuesday. The win was Ohio State's 40th in a row at home – since losing to Purdue two years ago at Value City Arena. Buford scored 21 points in the second half to carry the Buckeyes (21-3, 9-2) while Jared Sullinger and Aaron Craft were on the bench with foul trouble. He scored seven straight points as Ohio State took the lead for good. D.J. Byrd, averaging 6.5 points a game, had a career-best 24 for the Boilermakers (15-9, 5-6), while Kelsey Barlow and Lewis Jackson had 14 each and Robbie Hummel added 13.

FINAL: William Buford scored a career-high 29 points and grabbed seven rebounds to lift No. 3 Ohio State to an 87-84 win over Purdue on Tuesday at Value City Arena. Buford hit a big field goal with 4:30 remaining, giving Ohio State (21-3) the crunch time lead. Defense was an afterthought as both teams shot 52 percent. Ohio State was hot from long range, hitting 9-of-16 threes for a 56 percent night from beyond the arc. The Buckeyes shot 26-of-34 from the free throw line. Ohio State gave itself second chances during the game, snatching 11 offensive rebounds. The Buckeyes also got double-digit games from Jared Sullinger, who scored 18 and Deshaun Thomas and Aaron Craft, who each scored 13. D.J. Byrd had 24 points, corralled six rebounds, made 8-of-12 shots from the floor, and shot 7-of-9 from long range for the Boilermakers. Purdue shot 11-of-19 from three-point range during the game, good for 58 percent. Purdue also got solid contributions from Robbie Hummel, who scored 13 and Lewis Jackson and Kelsey Barlow, who each scored 14.

HALFTIME: No. 3 Ohio State and Purdue go into the half even at 40, with a standout performance from the Boilermakers' D.J. Byrd, who hit five 3-pointers and scored 17 points. Trailing 25-24, the Buckeyes used a 12-0 run to blow past Purdue and take an 11-point lead. Ohio State made it rain from long range, shooting 63 percent (5-of-8). Seven Ohio State players scored in the first half. The Boilermakers shot 7-of-10 from beyond the arc in the first half (70 percent). Aaron Craft is putting together a nice game so far for the Buckeyes. The sophomore has 10 points and three rebounds.