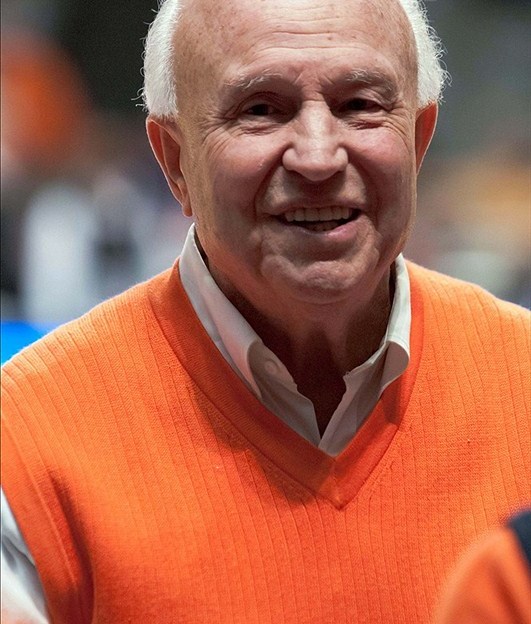 Henson guided the Illini to 11 NCAA Tournament appearances, including the 1989 Final Four and the 1984 Elite Eight. Upon retiring in 1996, his 214 conference wins ranked third all-time in Big Ten history. His early success helped create a pipeline from the fertile recruiting grounds of Chicago to Champaign, which remains more than 25 years later.

"A lot of people don?t know that we were all from the state of Illinois," Gill said of the 1988-89 "Flyin Illini" squad. "Not one player on that team was from another state. I don?t know whether there?s ever been a team in history like that, to become a Final Four team with all homegrown talent."

Henson?s impact helped invigorate fan support for Illinois basketball. He was instrumental in bringing Illinois students closer to the court to create a more hostile environment for opposing teams, collaborating closely with them to establish their section, called the Orange Krush.

"I think he was a great visionary," Gill said. "Coach Henson, when he established the Orange Crush, when he allowed us to wear the baggy shorts, he was breaking the mold. That?s what separates Coach Henson, because he can see into the future. He was two steps ahead of everybody else in college basketball."