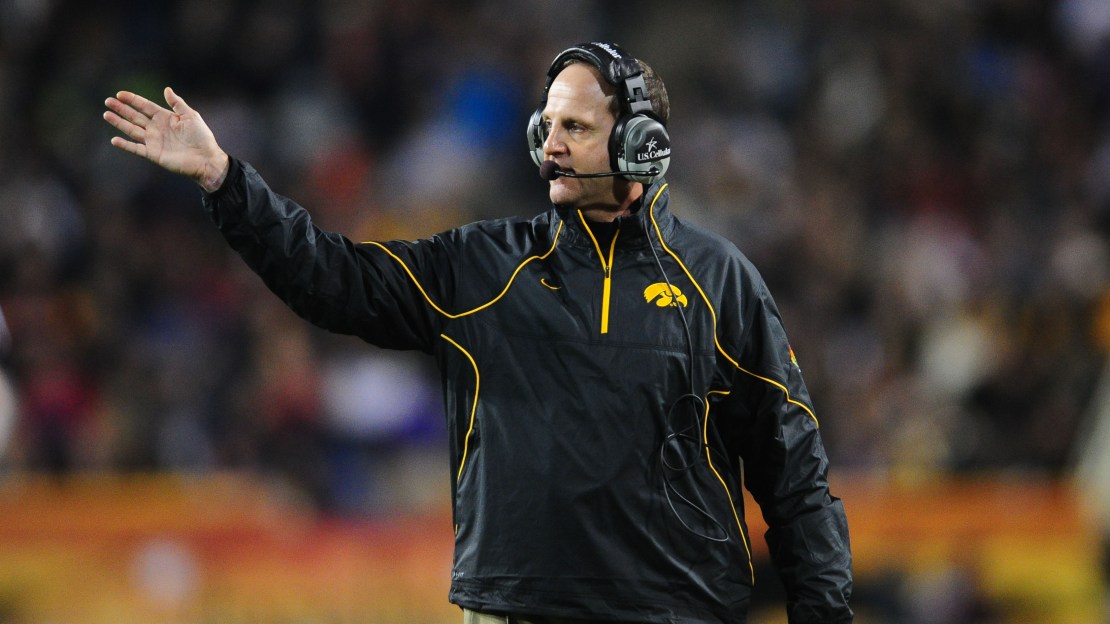 Phil Parker, defensive backfield coach at Iowa the past 13 seasons, has been named defensive coordinator. In addition, Darrell Wilson and Reese Morgan will take over new assignments on the Hawkeye coaching staff. The announcement was made Tuesday by head football coach Kirk Ferentz.

?Phil, Darrell and Reese have all done an outstanding job in our program for a significant period of time,? said Ferentz. ?I am confident they will have a very positive effect on our team as we transition forward.?

Parker, a member of the Iowa staff since Ferentz took over as head coach, replaces Norm Parker, who retired following this past season. Phil Parker was named by Rivals.com in March, 2011, as a first team member of its College Football Assistant Coach Dream Team.

Over the past four seasons, Iowa is tied for fifth in the nation with 72 interceptions. Iowa?s secondary in 2011 was led by senior Shaun Prater, who earned first team all-Big Ten honors for the second straight season, and junior Micah Hyde, who earned second team honors.

Iowa was second in the Big Ten in pass efficiency defense (115.1) and interceptions (19) in 2010. Iowa tied for 11th in the nation in interceptions, returning four thefts for touchdowns. Defensive backs Tyler Sash and Shaun Prater were both named first team all-Big Ten, while Brett Greenwood earned second team honors and Micah Hyde was honorable mention.

Iowa, in 2009, ranked third in the nation in pass efficiency defense and fourth in pass defense while leading the Big Ten in both categories. The Hawkeyes tied for fifth nationally with 21 interceptions while ranking eighth in scoring defense and 10th in total defense.  In 2008, Iowa ranked fourth in the nation while tying a school record with 23 interceptions. The Hawkeyes led the Big Ten and ranked fifth nationally in pass efficiency defense (98.3) and scoring defense (13.0).

Wilson has coached all the linebacker positions and special teams after working with special teams and outside linebackers in his first six seasons with the Hawkeyes. Wilson was named by Rivals.com in February, 2011 as one of the top 25 recruiters in the nation.

— Read the whole story at HawkeyeSports.com

Congrats to My position coach at Iowa- Phil Parker on getting named Defensive Coordinator. Very much deserved.