Dienhart: Time to rank the games 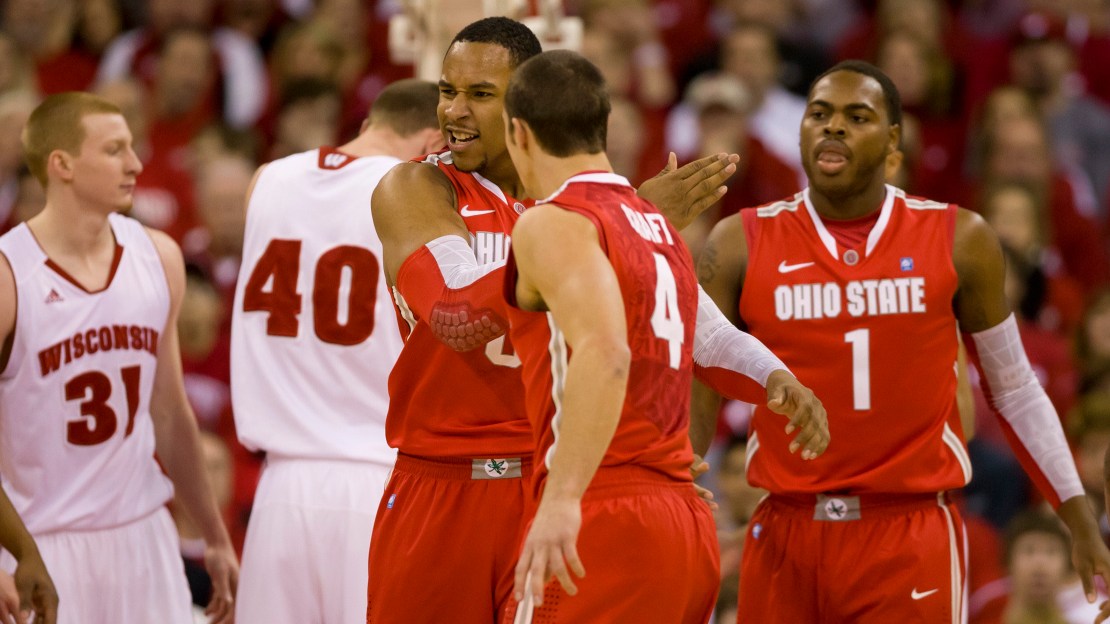 This is a nice week of action with five matchups that will go a long way toward determining the Big Ten title chase-and possible NCAA bids. The steak vs. lobster match between the first-place Buckeyes and second-place Spartans is a five-star affair. Don?t miss it.

What about the other games? Dienhart ranks all 10 of the week's upcoming games in this post. Watch our interview with Michigan State's Draymond Green before the week's festivities tip off Tuesday night.

1. Michigan State at Ohio State, Saturday, Feb. 11. Save the date. It doesn?t get any better than this, a battle between the Big Ten?s two best teams. Please tell me you are not surprised it has come down to these two teams with a month left in the season.

2. Illinois at Indiana, Thursday, Feb. 9. The Hoosiers are bubbling with confidence following a big road win at Purdue. The Illini? Who knows what they are thinking from game to game? An Illinois win wouldn?t be a shock-neither would an Illinois loss. Poor Bruce Weber.

4. Wisconsin at Minnesota, Thursday, Feb. 9. It?s never easy to win in the Barn. The Badgers-who had a six-game winning streak end last week–know that. They also know the Gophers-winners of five of their last seven–need some big victories to build their case to be a tourney team.

5. Northwestern at Purdue, Sunday, Feb. 12. Neither team can rebound or defend. The difference? The Wildcats can shoot more consistently, but the Boilers may have a bigger sense of urgency having lost three of its last four games. The one win? At Northwestern.

6. Iowa at Northwestern, Thursday, Feb. 9. Looky, here! The Hawkeyes have won two games in a row. And their go-go offense should find little resistance from the Wildcats. But Northwestern also should find plenty of room to operate on offense. Fun game. Can John Shurna and Matt Gatens each go for 30?

8. Michigan at Nebraska, Wednesday, Feb. 8. The Cornhuskers can be tough at home, though they have lost their last two in Lincoln. Still, Nebraska matches up well with the Wolverines, who need more production and toughness inside.

9. Penn State at Michigan State, Wednesday, Feb. 8. Looking for drama? Keep looking. OK, it will be fun to see if Draymond Green can out rebound the Nittany Lions ? by himself. Time to clear the bench, Coach Izzo.

10. Nebraska at Penn State, Saturday, Feb. 11. The bad news? These are the two worst teams in the Big Ten. The good news? One will get a win. Love the point guard clash between Bo Spencer and Tim Frazier.