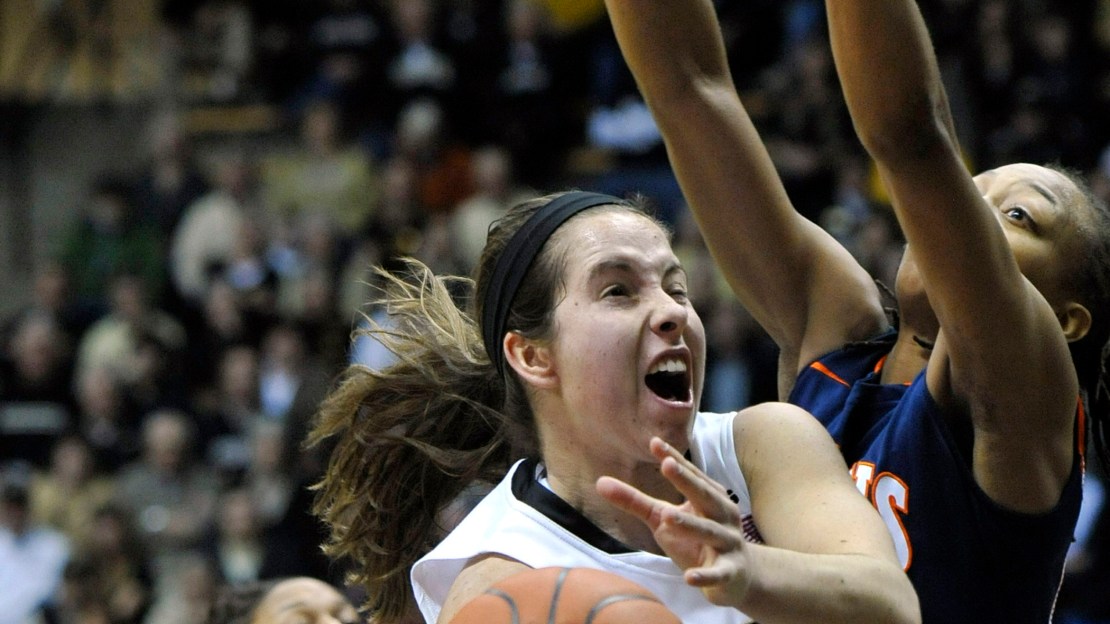 There were a quartet of Big Ten women's basketball games Sunday afternoon, including a pair featuring ranked teams. No. 17 Purdue dropped Illinois, 77-66, behind Sam Ostarello's double-double (21 points, 13 rebounds), while No. 21 Penn State rallied past Minnesota, 68-65, at The Barn. Catch up on all the action on our Big Ten scoreboard and get stats, video and recaps in this post.

Freshman Melissa Dixon shined in her first career start, scoring a career-high 19 points to lead the University of Iowa women's basketball team to an 83-64 victory over Indiana on Sunday afternoon inside Assembly Hall. Read the full recap at HawkeyeSports.com.

(AP) Sam Ostarello scored a career-high 21 points and matched her season-high with 13 rebounds to help No. 15 Purdue remain on top of the Big Ten with a 77-66 victory over Illinois on Sunday. Courtney Moses also had 21 points for the Boilermakers (19-5, 9-2 Big Ten), who were coming off a thrilling triple overtime loss to Nebraska on Thursday. They moved a half-game in front of the Cornhuskers in the conference standings.

Despite making only one of its first 18 shots and trailing by 15 points in the first half, No. 19 Penn State rallied for a 68-65 victory at Minnesota on Sunday. Mia Nickson scored a game-high 20 points to help the Lady Lions tally the comeback victory.