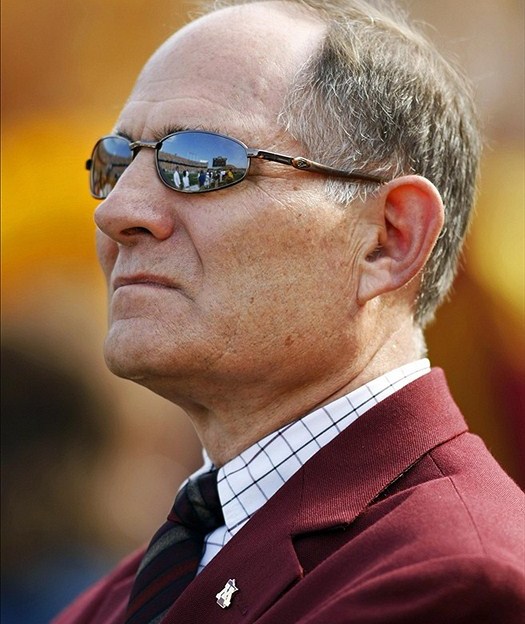 Effective June 30, Joel Maturi will resign as Minnesota athletic director. Like him or not, Maturi did some good things for Minnesota and chief among those was the construction of $288.5 million TCF Bank Stadium, which opened on campus in 2009. Watch Thursday's archived press conference video here.

The stadium is a glistening 50,805-seat facility that the university and football program can build around, allowing the program to leave the dreary and moribund Metrodome located in downtown Minneapolis.

But in the end, Maturi?s tenure likely will be remembered for an inability to get the football program to another level. He will remain with the university as an assistant to the president upon his resignation this summer.

Maturi?s biggest misstep: The catastrophic hiring of Tim Brewster as football coach in 2007. Maturi tabbed Brewster-a tight ends coach of the San Diego Chargers at the time-despite the fact he never had been a head coach or coordinator on any level. The end result was a 15-30 overall record and 6-21 Big Ten mark with two middling bowl trips.

That resume paled compared to Glen Mason, the coach Maturi hastily fired after Minnesota?s epic meltdown in an Insight Bowl loss to Texas Tech after the 2006 season. Mason had gone 64-57 overall with a 32-48 league mark with seven bowl trips from 1997-2006. Mason built solid, tough teams built on powerful offenses that excelled at running the ball but Mason never could get Minnesota to play consistent, championship-caliber defense.

Maturi?s massive buyout payments to Brewster, Mason and deposed basketball coach Dan Monson-let go after the 2006-07 season-also rankled many, as did the way Maturi conducted the search for Brewster?s successor that resulted in the hiring of Jerry Kill. The jury remains out on Kill, but give Maturi credit for landing Tubby Smith to lead the basketball program.

Maturi was hired in July 2002 to help meld together the men?s and women?s athletic departments, and he did a good job of that. Then, when new university president Eric Kaler took over in July, he said he would evaluate Maturi. And, in the end, Kaler has decided to turn the page.