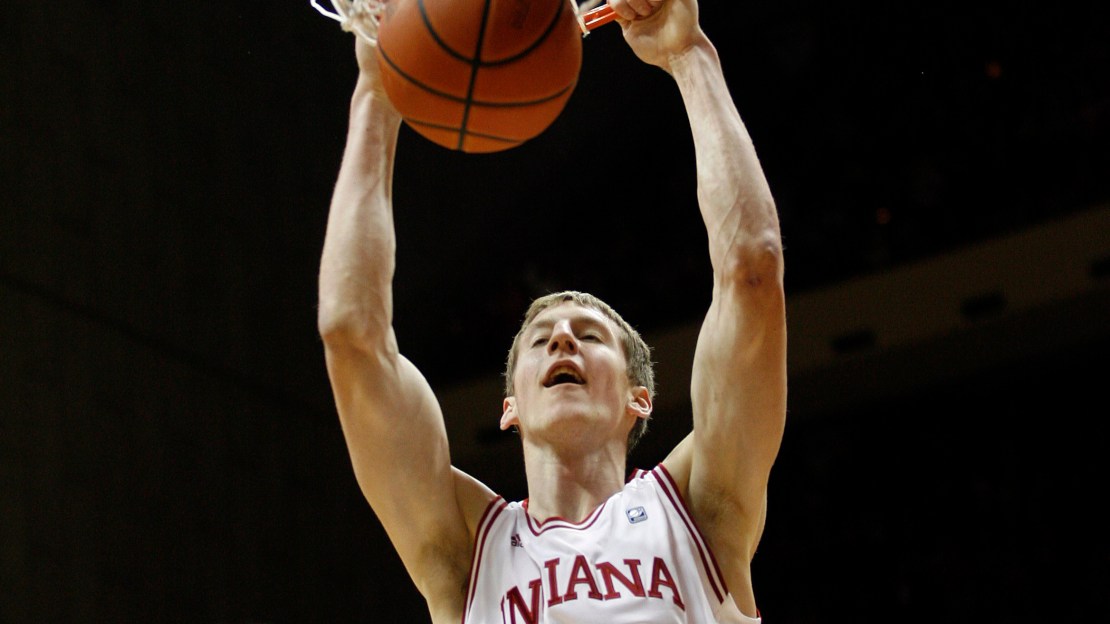 You have questions, I have answers. Hey, at least you can count on something, right? There is a lot going on right now, with basketball season at its zenith and Signing Day has come and gone. Yes, life is good.

Who would you put on your All-Big Ten teams, as we are at the halfway point in the season? – Phillip

Here is how I would do it, trying to keep the "teams" as teams, and not just have, say, five guards on the first team.

Signing Day is coming up. Who do you think has some of the better classes? – Bob

Without a doubt, Ohio State and Michigan are at the top. The Buckeyes are loading up with some monster defensive linemen, getting two Scout.com five-star defensive ends in Noah Spence of Pennsylvania and Adolphus Washington of Ohio, along with a five-star defensive tackle in Tommy Schutt of Illinois.

If that isn?t enough, the Buckeye also will get a five-star running back in Brionte Dunn of Ohio. Ohio State also is set up to land 10 four-star players, according to Scout.com. In the end, this will be one of the top five or so recruiting classes in America. Urban Meyer has done well.

So has Brady Hoke at Michigan. The Wolverines? class is headlined by Scout.com five-star offensive lineman Kyle Kalis. Michigan also has 13 four-star players, according to Scout.com, in a class that will be heavy on defensive players.

Can you remember when the Big Ten had more good big men than it does this year with guys like Meyers Leonard of Illinois, Jared Sullinger of Ohio State and Cody Zeller of Indiana? – Zack

I have been following and watching the Big Ten since the 1970s, and I am hard-pressed to remember a better collection of big men. All three guys are destined for the NBA, as some felt Sullinger may have been the first pick in the draft had he come out after last season.

They all are special players and future lottery picks. Leonard intrigues me the most. At 7-1, he runs extremely well. And he?s also strong to go along with some nice moves on the blocks and a developing mid-range game. The guy could be a monster at the next level, but his game needs to mature.

OK, who is your pick for Big Ten Player of the Year so far this season? – William

If I had to tab someone at this very moment, I think I would go with Michigan State?s Draymond Green. I think his all-around game is unmatched. He ranks in the top 10 in the Big Ten in scoring, rebounding, assists, steals and blocks. No other player does that. And he?s the only Big Ten player who averages a double-double (15.3 ppg/10.4 rpg). Want more? He?s a great leader with an off-the-charts hoops IQ.

But, unfortunately, he hurt a knee last night in a loss at Illinois, casting some doubt on his future prospects. Let?s Hope Green is OK.

You also would have to consider Ohio State?s Jared Sullinger, and to a lesser degree Wisconsin?s Jordan Taylor. And I also have a soft spot for Penn State?s Tim Frazier, a true one-man-gang.

What do you think has been the best game so far this season? – Scott

That is a tough one! The Big Ten has been blessed to have many great games so far. Just talking about Big Ten league games, there have been some fun upsets, like Minnesota winning at Indiana; Nebraska toppling the Hoosiers in Lincoln; Northwestern dumping Michigan State in Evanston; Michigan?s win over Michigan State in Ann Arbor was fun. And last night, we saw Illinois beat the No. 10 Spartans in Champaign.

But, it comes down to two games: Indiana beating Ohio State in Bloomington, 74-70, and Illinois topping the Buckeyes in Champaign, 79-74. And I think I will go with the Illini?s victory over Ohio State. Illinois was unranked, while the Buckeyes were No. 5 in the nation. And Illini guard Brandon Paul posted the single most-spectacular effort of the season in the game, totaling 43 eye-popping points.

What do you think of the hires Bret Bielema has made to his staff? – Big Ten Fan

I think he?s done a great job replacing six assistants. To review, offensive coordinator Paul Chryst left to be head coach at Pitt and took offensive line coach Bob Bostad and linebackers coach Dave Huxtable with him. Both will be coordinators under Chryst at Pitt. Chryst also took tight ends coach Joe Rudolph with him to the Steel City, where he will be assistant head coach. Bielema also saw receivers coach DelVaughn Alexander take the same job with Arizona State. And DeMontie Cross, Wisconsin?s safeties/special teams coordinator, left to coach linebackers at Kansas.

To counter those moves, Bielema hired Matt Canada to be offensive coordinator, a post he held with Northern Illinois. Bielema also tabbed Zach Azzanni of Western Kentucky as receivers coach; Andy Buh of Nevada to coach linebackers; Mike Markuson of Ole Miss to coach the offensive line; Ben Strickland was promoted from G.A. to assist with the secondary and be involved with special teams.

Bottom line: This staff is looking good, as the Badgers are coming off consecutive Rose Bowl appearances. Tom Dienhart is the senior writer for BTN.com specializing in Big Ten football and men's basketball. Throughout the year he answers selected emails from readers in his BTN.com mailbag.  Use the form below to drop him your football and basketball questions and read all of his weekly BTN.com mailbag posts over here. Note: If you have a question or comment to BTN customer service, please check out our FAQ page or click over to our BTN Contact Us page and send us your note there. We read all of our customer's letters.