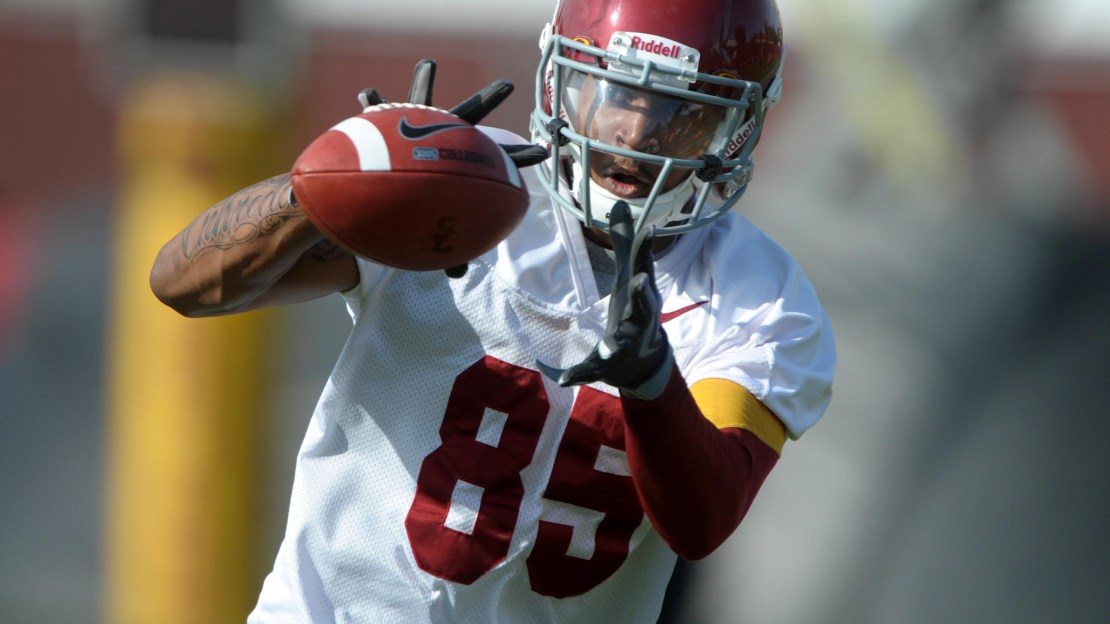 "We're extremely excited for Kyle to be able to come home to Chicago and join our Northwestern football family," Fitzgerald said. "He is a tremendous young man from a great family and is a product of a high school program we really respect in Proviso West. Kyle's decision to attend Northwestern made sense for everyone involved and we're looking forward to him contributing to our program on and off the field."

A standout wide receiver during his high school career, Prater was named a Parade and Super Prep All-American as well as the Super Prep All-Midwest Offensive MVP in 2009. As a senior, Prater recorded 64 receptions for 1,151 yards (18.0 yards per catch) with 13 touchdowns, building on a junior season in which he caught 60 balls for 948 yards and nine scores.

Prater redshirted his freshman season at USC and battled injuries in 2011, catching one pass for six yards.

"This is one of the best days in my life for me and my family and I'm just happy to be back close to home, my family and my support group," Prater said. "I'd like to thank USC and their administration for my release. I have the utmost respect for USC and the coaching staff, players, fans and everybody I was in touch with there. This Northwestern degree will take me far and help me become a better person. The dynamics of the school and the team have shown me a lot and I'm just happy to be a Wildcat."

Northwestern will announce its class of incoming freshmen on Wednesday, Feb. 1, as part of 2012 Signing Day.