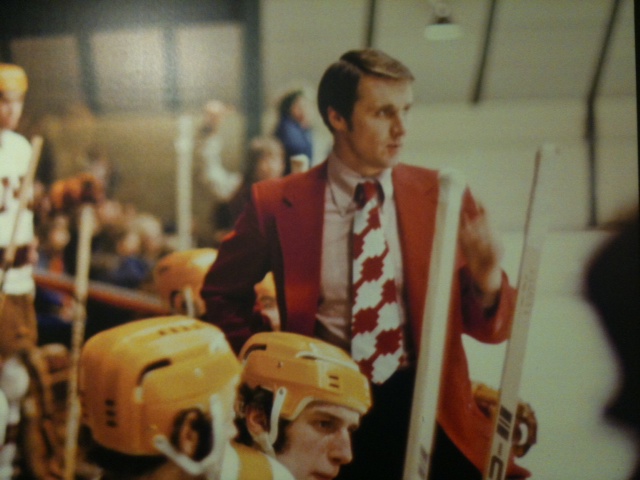 Brooks, a St. Paul, Minn., native, won three national championships in his seven seasons coaching the University of Minnesota hockey program, including titles in 1974, 1976 and 1979. Learn more about Brooks at GopherSports.com plus here's a really great photo gallery of the former player and coach. There also more at www.herbbrooksfoundation.com.

McClanahan says of the 1980 medal-round game, "I don't think there's another coach around that would have been ready to take the lead against the Soviet Union with ten minutes to go and be prepared for that. Herbie was, and all he said was, 'play your game.'"

After leaving Minnesota, Brooks coached four NHL teams and the 2002 US Olympic Hockey Team. On the afternoon of Aug. 11, 2003, Brooks tragically died in a single car accident north of the Twin Cities. He was 66 years old. That same year, the entire 1980 Olympic Hockey Team was inducted into the U.S. Hockey Hall of Fame.