Reader Mailbag: Who's the Best Player? 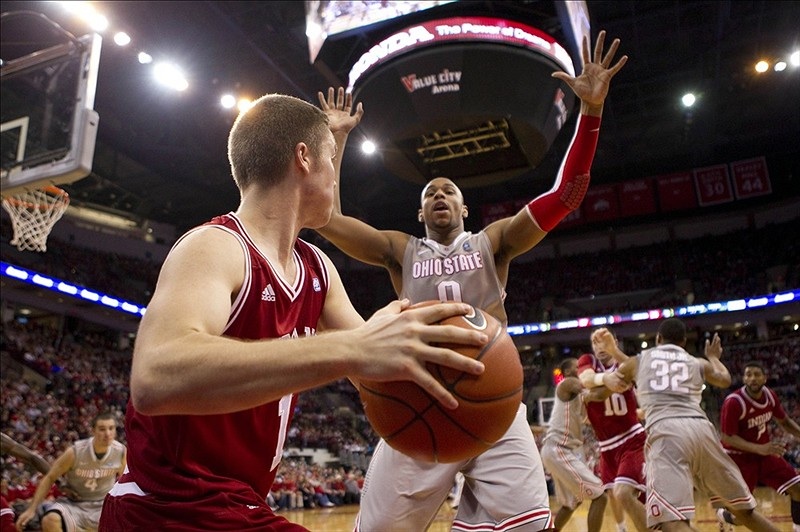 It?s time to reach into the mailbag and answer your questions. Lots of variety with hoops in full swing, Signing Day on the horizon and the Super Bowl around the corner.

Who do you have in the NCAA tourney right now? – Julie

I talk to CBSSports.com bracketologist Jerry Palm each week, and as of Tuesday afternoon, he had nine Big Ten teams in: Ohio State, Michigan State, Michigan, Illinois, Minnesota, Northwestern, Wisconsin, Purdue and Indiana. With the Boilermakers getting beat at home on Tuesday night by Michigan, I think Purdue is on the bubble or out. And I also think the Wildcats are teetering.

In the end, I think the Big Ten will at least get seven schools. Look for OSU, MSU, Michigan, Illinois, Wisconsin and Indiana to make it fairly easily. That?s six pretty solid bids. So, I think NU, Purdue and Minnesota will battle for bids-and it could be close. But know this: Any team in this league that gets to 9-9 in conference play will be a lock to make the Big Dance. So, that?s what the Wildcats, Boilermakers and Golden Gophers should aim for. Would an 8-10 Big Ten mark get a team in the tourney? Hmmmm.

Who is the best player in the Big Ten? – Joe

I love this debate. In my mind, it?s a three-player race between Ohio State?s Jared Sullinger, Michigan State?s Draymond Green and-are you ready for this?-Penn State?s Tim Frazier. I think there?s a chance for Wisconsin?s Jordan Taylor to get in the discussion, along with perhaps a Michigan player-Trey Burke? Tim Hardaway?

In the end, the race for top player honors probably will come down to which team wins the league. Every player I mentioned plays on a team still in the title hunt-except Frazier, who I think may be the most impressive when you consider he?s the focus of defenses night and night out and still delivers some amazing numbers across the board. Still, it likely will be difficult for Frazier to overcome what figures to be a lower-division finish for the Nittany Lions.

What are the biggest games remaining on the schedule? – Peter

Scanning the schedules from the official Big Ten press release, here are the games I think loom as the most vital when it comes to shaping the Big Ten title chase.

Still waiting for some comment on the Purdue defensive coach hire–and why the changes and what to expect for the Boilers in 2012. Thanks. -Rick

For those of you who missed it, Purdue hired Tim Tibesar, who was coordinating the defense for the Montreal Alouettes in the CFL. He is Purdue?s third defensive coordinator in three years. Tibesar has coached in college at Cornell, North Dakota and Kansas State.

What do you think are the recruiting needs for Michigan? – Larry

Glad you asked. I soon will have a story up that details the top three recruiting needs for each Big Ten team in anticipation of Signing Day on February 1. From the people around the Michigan program that I have talked to, look for the Wolverines to focus on the offensive line, defensive line and linebacker. There also is a need at tight end. Also, look for Michigan staffers to ink some receivers, as that?s another big need for the program as it continues to develop under Brady Hoke. You have to love the momentum of the program, coming off an 11-win season that was capped by a Sugar Bowl victory over Virginia Tech. Few Wolverine fans could have seen that coming back in August.

According to the Big Ten offices, there will be 22 players from Big Ten schools on the rosters of the New England Patriots and New York Giants. Ten of the Big Ten?s 12 schools will be represented on the field. The Big Ten and SEC (23 players) are the only leagues with 20 or more players in the spectacle. The ACC will have 17; Pac-12 13; Big East 11.