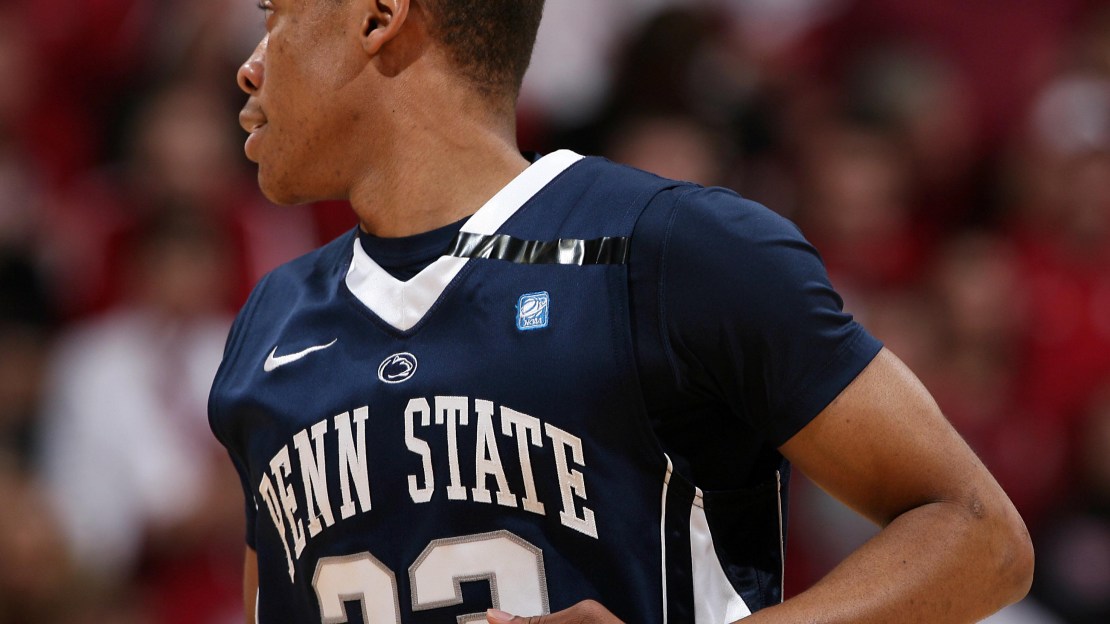 Who?s the best player in the Big Ten? It?s a spirited debate. Many feel it?s Ohio State big man Jared Sullinger. Others think Michigan State?s Draymond Green is the top talent. But what about Penn State guard Tim Frazier? That?s right: A player off of a last-place Big Ten team. Before you dismiss the notion, watch Frazier play-and look at his numbers. Neither lies.

Bottom line: Few players can match the 6-1, 170-pound junior?s overall game and production. And he does all of this while being a marked man of every defense in every game.

"Tim is the fastest player I have ever coached and I have coached some fast players,? said first-year Penn State coach Patrick Chambers. ?He's faster than Kyle Lowry (Villanova) who's in the NBA now. He has to be a scoring point guard but he is also going to have to get some guys like Cam (Woodyard) and Billy (Oliver) some open shots too. He is going to ? have to push the ball because that is our strength and to not do so would be taking away from his strength."

The Houston, Texas, native (Strake Jesuit) enjoyed perhaps his biggest moment of the season in a 54-52 win over then-No. 22 Illinois earlier this month, when Frazier hit a floater in the lane with eight seconds left for the game-winning points. It was yet another illustration of Frazier?s skills, this time as a clutch performer who can deliver with the game on the line.

I caught up with Frazier as he prepared for tonight?s game at Ohio State.

Q: How has the season gone so far?
A: The season is progressing well. I?m trying to learn each time out and get better. It has been a challenge, but we are coming together and improving.

Q: What have you wanted to work on to improve this season on and off the court?
A: The No. 1 thing was being a leader. Last year, we had five seniors on the team that played and led, and now those guys are gone. So one of the biggest things I have to do is become a better leader on and off the court. As far as my game goes, it?s just every aspect, getting better, working on my jump shot the most and working on my relationship with these new guys, being able to find them on the court.

Q: What has it been like adjusting to a new coach? Coach Chambers seems passionate and intense.
A:It has gone pretty well. Coach Chambers is very outgoing and very energetic. We are building a good relationship. He?s a very fun guy. He knows a lot about basketball and life, and he tries to push us to be men for the long run. So, I think the transition has been easy.

Q: Is there anyone you pattern your game after?
A: I try to be myself and use my strengths as much as possible and also work on my weaknesses. If you ask Coach, he would say I?m a (former Villanova player who Chambers worked with as an assistant with the Wildcats) Kyle Lowry kinda guy, who he coached and knows pretty well. But I?m just trying to play to my strengths and improve my weaknesses.

Q: Penn State has a reputation for being a football school. Are you recognized on campus?
A: Definitely, especially this year. And definitely after the Illinois game. People stop you and tell you that you did a good job. They basically recognize every basketball player now. Coach has brought so much energy around the program that everybody is recognizing everybody.

Q: Do you still talk to Talor Battle?
A: I do. We talk from time to time, but he has a busy schedule and a time difference as well (Battle plays in Europe). But we work on staying in contact. He tells me to keep playing hard and doing well, keep working on my game. He tells me from time to time things I need to do, like coming off ball screens harder when he gets a chance to watch a game.

Q: What has been the high point this season?
A: It all has been. It?s a great place to be. Hitting the shot against Illinois was great, but that definitely was a team effort from top to bottom. We hope more high points are to come, that the best is yet to come.