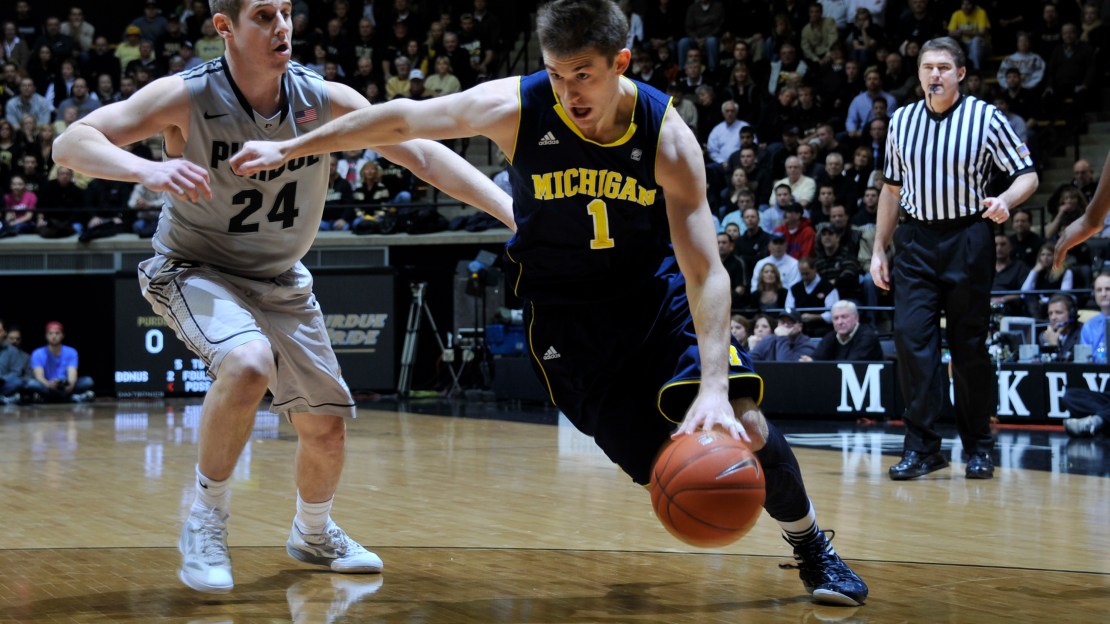 Michigan picked up its first road win of the season in a hard fought two-point victory over Purdue. This was a mild upset, as Vegas had the homestanding Boilermakers favored by five points and KenPom had Purdue by four. This outcome certainly changes the season outlook for both squads.

The Wolverines led most of the way, and the advantage even touched double digits early in the second half. From there, Purdue responded with an amazing 17-3 run that spanned just seven possessions. The Boilers couldn't miss over that five minute span, showing how dangerous this jump-shooting team can be when those jump shots are falling. Mackey was rocking, and Michigan was staring at a four point deficit.

Credit the Wolverines for responding with an outburst of their own, scoring 19 points over the game's final 12 possessions to claim the narrow victory. It's surprising how much Michigan dominated this game outside of Purdue's splendid five minute run–check out the teams' efficiencies:

Michigan pulled off that great efficiency with a fantastic shooting night. Against script, the Wolverines took only 28 percent of their shots from three–well below their season average of 43 percent–but it's a sound strategy to ignore the deep shot when you're able to convert 58 percent of your twos.

Jordan Morgan and Tim Hardaway Jr. played the biggest parts in this success, as they combined to shoot 11 of 16 on twos (69 percent, dudes!). Indiana natives Stu Douglass and Zack Novak were the surprising leaders on the glass, pulling down 13 of the team's 23 defensive rebounds.

Lewis Jackson was heroic in defeat, posting 17 points on eight shots and dishing eight assists while fighting through back pain. The diminutive senior has turned out to be a much better player than we Geeks ever imagined, and the Boilers will need him on the floor as much as his body will allow down the stretch of the season.

This home loss puts Purdue in a precarious situation. With a 4-4 conference record, the Boilers now face two consecutive toss-up games (at Northwestern, home against Indiana) and an arduous trip to Ohio State. If things don't bounce right, Purdue could be sitting at 4-7 with trips to Illinois, Michigan, and Indiana still on the docket. This still looks like an NCAA Tournament team if it can get to nine B1G wins–and I believe it will–but Matt Painter needs to get that defense figured out in a hurry.

Michigan answered the question of whether it can get a quality road win, but now it has to prepare for a much tougher test in Sunday's trip to Columbus. It can go into that contest playing with house money, as a loss at Ohio State is hardly a resume killer. With that game followed by a hosting of Indiana and a trip to Michigan State, we shouldn't be shocked if the Wolverines pick up two or three losses over the next two weeks. Any other result would be a raging success.

Tonight we've got a doubleheader on BTN, with Ohio State hosting Penn State (5:30pm CT) and Michigan State hosting Minnesota (7:30pm CT). The nightcap should be rather interesting–the Gophers have played as well as anyone over the past two weeks, but playing in East Lansing could change that in a hurry. If Minnesota is able to keep it close, their progress is for real.