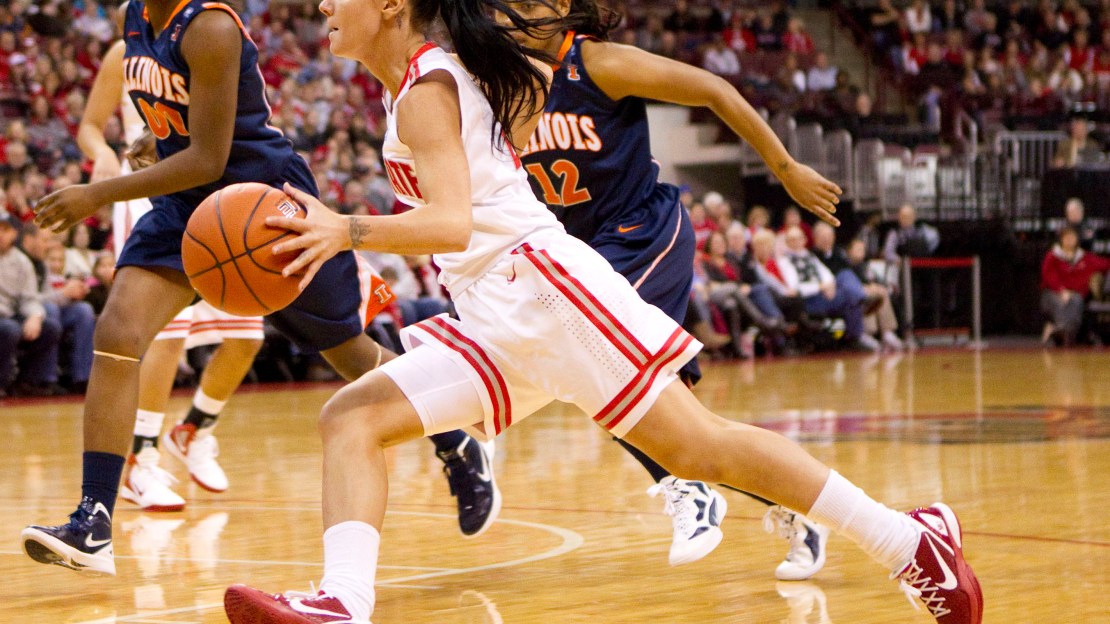 Ten of the 12 Big Ten women's basketball teams were in action Sunday, including No. 12 Ohio State, which took down Illinois 96-84. Samantha Prahalis scored 28 points in the victory to move the Buckeyes one-half game behind Purdue for the Big Ten lead. Track all the action on our Big Ten scoreboard and find stats, video and recaps in this post.

Michigan utilized a balanced scoring attack en route to a 66-48 victory over Indiana on Sunday afternoon at Crisler Center. Junior Rachel Sheffer led the Wolverines with 16 points on 7-of-9 shooting from the floor, including 2-of-2 from the line. Senior Courtney Boylan chipped in 15 points on 7-of-13 shooting while contributing five rebounds. Jasmine McGhee led Indiana with 15 points as Aulani Sinclair finished with 14 for the Hoosiers. Read the full recap at MGoBlue.com.

(AP) Samantha Prahalis scored eight straight points down the stretch for No. 10 Ohio State on Sunday, leading the Buckeyes past pesky Illinois 96-84. Prahalis finished with 28 points, Tayler Hill added 26 and Amber Stokes 16 for the Buckeyes (19-1, 6-1 Big Ten), who have won four in a row since their lone loss.

(AP) Alex Bentley scored 21 points and No. 22 Penn State beat Iowa 68-52 on Sunday, hours after longtime Nittany Lions football coach Joe Paterno died of cancer. There was a pregame moment of silence for Paterno, the winningest coach in college football. The Lady Lions also sported black bands on their uniforms as a tribute. Down 48-50 with 6:32 remaining, Penn State (15-4, 5-2 Big Ten) closed with a 20-2 run.

It all came together for the Wisconsin women?s basketball team Sunday afternoon as it put up a season-high 75 points to defeat Northwestern, 75-55, in front of 8,585 fans at the Kohl Center. Anya Covington?s career-high 23 points and 12 rebounds paced the Badgers. Read the full recap at UWBadgers.com.

(AP) Jordan Hooper scored 15 of her 23 points in the first half and No. 20 Nebraska broke a two-game losing streak with a 64-49 victory over Minnesota on Sunday. The Cornhuskers (16-3, 5-2) pulled into a three-way tie for third place in the Big Ten with Michigan and Penn State, 1 1/2 games behind league-leading Purdue.