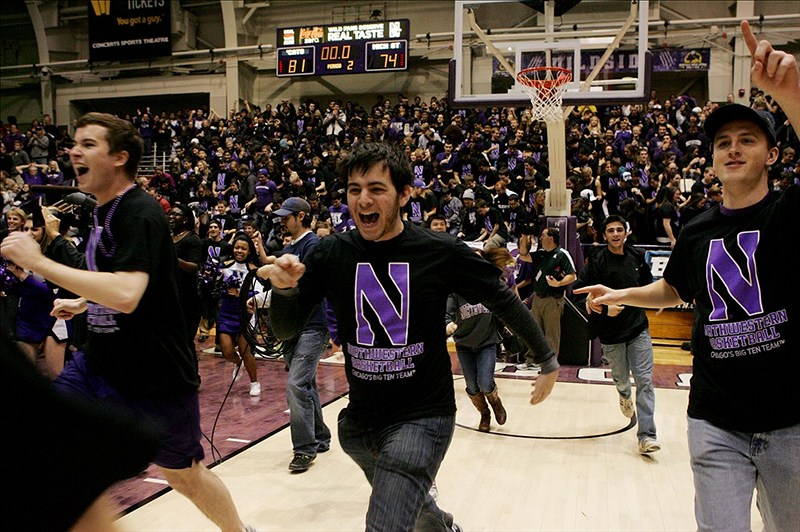 While I wait for some Big Ten team – any Big Ten team – to take charge of this way-crazy, makes-no-sense Big Ten race, it?s time for this week?s 3-pointers from a cornfield somewhere outside Decatur, Illinois, on I-72.

Check out my latest mailbag and drop me a note, read my Q&A with Ohio State's William Buford, and let me know what you think of the season so far in the comments box at the and of this column. I also plan to attend and cover Wisconsin at Illinois on Sunday, and who knows how that one could go?

Three Stocks to Buy ?
1. Wisconsin. Those reports about the Badgers? demise? They are overrated. After three wins in a row, Bucky is alive and well and playing annoying defense, draining threes and shooting more free throws than your team.

2. Minnesota. Let?s hear it for Orlando "Tubby" Smith. He loses top player Trevor Mbakwe to a season-ending knee injury in November ? watches his team stumble to an 0-4 Big Ten start ? then rips off back-to-back victories at Indiana and at Penn State. Bravo!

3. Ohio State. Yes, there have been a few blips, but this still is the best team in the Big Ten and it will show it the next month and a half. Priority No. 1: Getting William Buford out of his slump.

Three Stocks to Sell ?
1. Indiana. Those reports about the Hoosiers? return to elite status? They are also a bit premature. After three losses in a row, Indiana has to regroup. Top 15 teams don?t lose at home to Minnesota and at Nebraska.

2. Purdue. It?s true, the Boilermakers are 4-2 in the Big Ten. But life is about to get very tough with games at Michigan State; vs. Michigan; at Northwestern; vs. Indiana and at Ohio State on deck.

3. Michigan State. Remember when this team had a 15-game winning streak and was the talk of the Big Ten? Ya, so do I. And it seems like weeks ago after consecutive losses on the road to Northwestern and Michigan. But Sparty will bounce back, right? Right?

Three Things I Learned
1. For all the plaudits being heaped on Indiana center Cody Zeller-and they are deserved-I think Michigan guard Trey Burke may be the most impactful freshman in the Big Ten. The nifty Burke plays the more critical point guard slot and has run the Wolverine attack with aplomb, scoring and making his teammates better.

2. Purdue will go as far as point man Lewis Jackson takes it. And that?s a scary notion for the Boilers, considering Jackson has been battling foot and back issues that have him at less than 100 percent. From game to game, it seems Purdue doesn?t know if it will get Good Lewis Jackson (20 points at Minnesota) or Bad Lewis Jackson (0 points at Penn State).

3. John Shurna is the best player to watch. Gotta love the guy?s game. At 6-9, the baby-faced bomber can get up and down the court. Shurna also has a variety of low-post moves and a sweet jumper with limitless range. The guy is just flat-out the best pure scorer in the Big Ten. And he does all of this while baring a remarkable resemblance to Sheldon Cooper of the "Big Bang Theory." Fascinating.

Three Truths
1. Ohio State is the best team. I know the standings don?t say that right now. But by March, they will. The Buckeyes have the best big man in the conference in Jared Sullinger. They also have an elite point man in Aaron Craft and perhaps the top wing man in William Buford. And Ohio State doesn?t lack motivation after last year?s NCAA flop. You?ve been warned, Big Ten.

2. Indiana has issues on defense. The Hoosiers are last in Big Ten games in points allowed (75.7 ppg). This team also is showing a propensity to wilt down the stretch. Cody Zeller is doing his part, but Christian Watford needs to step up and be more consistent. He had just eight points in the loss at Nebraska. It?s also time for Victor Oladipo to rise and shine. And Indiana also needs to learn how to win away from Assembly Hall. It is 2-29 in Big Ten road games the past four seasons. Do the math. It?s bad.

3. Nebraska?s practice facility is out of sight and the best in the Big Ten! TVs in the bathroom stalls? Speakers in the showers? Robin Leach would be speechless. If all of that isn?t enough, the Huskers also are building a new arena. Now, the big question: Will the players come?

Three Impressive wins
1. Nebraska 70, Indiana 69. It just seemed like last week that the Cornhuskers were getting their first Big Ten win. In fact, it was, over Penn State. Now, Nebraska is knocking off ranked teams. Congrats, Doc Sadler!

2. Michigan 60, Michigan State 59. Stu Douglass took a Trey Burke pass and scored the winning basket with 36.5 seconds left to give the Wolverines their third victory in a row over the Spartans. Is Michigan on equal footing as Michigan State? No. The Wolverines haven?t won the Big Ten regular season in 25 years and has won only one NCAA game in the past 12 years. Conversely, MSU has been to the Final Four six times in the last 13 seasons and won 35 NCAA games the last 12 years. Still, there?s no denying the rise of Michigan.

3. Northwestern 81, Michigan State 74. A true shocker, as this one ended the Spartans? 15-game winning streak and made them seem human. Michigan State followed that with a loss at Michigan, which caused Tom Izzo to say his team needed more toughness. In that loss, the Spartans scored with 4:13 left to take a four point lead-and didn?t score another hoop again. Michigan has now won three in a row over Michigan State.

Three Games to Look Forward To
1. Purdue at Michigan State, Jan. 21. The Boilermakers better pack their shoulders pads and mouth pieces. Sparty is gonna be in a bad mood coming off consecutive losses.

2. Wisconsin at Illinois, Jan. 22. While many were shoveling dirt on the Badgers after a three-game losing streak, somewhere commissioning statues of Brandon Paul after the Illini beat Ohio State and bubbled to first place. Ah, but fate is a fickle thing. Wisconsin now has won three in a row, while Illinois is coming off a confounding ? loss ? at ? Penn ? State.

3. Indiana at Wisconsin, Jan. 26. Let?s go ahead and call this what it is: A Big Ten title elimination bout. The loser will be relegated to the curb with a box of popcorn to watch the title chase along with the rest of us. Sorry, but the truth hurts.

2. Michigan State won?t lose two games in a row again. I know, there are some scary stretches, like back-to-back games at Ohio State and against Wisconsin, as well as ending the season at Indiana and against Ohio State. But, c?mon, it?s Michigan State. Tom Izzo isn?t gonna lose this team, not after last year?s disappointment. It?s too good.

3. As I type this, there are five Big Ten teams with two league losses-Michigan; Ohio State; Michigan State; Illinois; Purdue. But don?t forget about Wisconsin, which has three Big Ten defeats. In the end, I see the Badgers crawling over a few of the teams ahead of them and being in contention deep into February.