Reader Mailbag: What a Season So Far 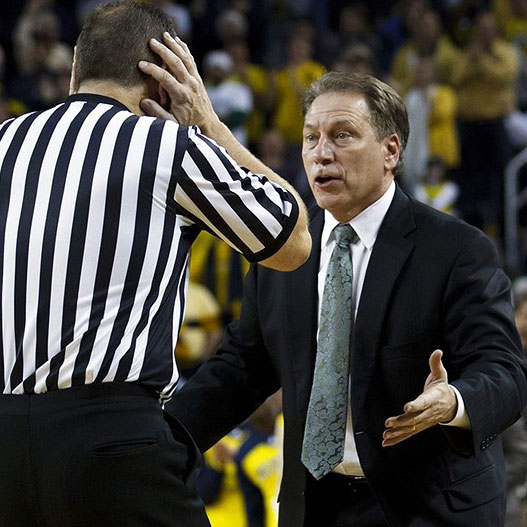 You have questions, I have answers in this week?s Big Ten mailbag. A nice mix of football and basketball queries in this busy time of year. Should new Penn State coach Bill O?Brien be calling his own plays? What about Wisconsin and Matt Canada? Can Northwestern make the tourney? And what?s wrong with the Hoosiers?

Jump into my post to read the latest batch of answers and drop me a question at the bottom. Topics to think about: Big Ten basketball roars on, National Signing Day for football is right around the corner, and don't forget about Big Ten Spring Football. Remember I'm @BTNTomDienhart on Twitter, too.

This Big Ten race is crazy! Who do you think is the best team? – Joe, LaPorte, Ind.

No doubt, chaos rules! Michigan State loses to Northwestern ? Illinois beats Ohio State ? Indiana loses to Minnesota and Nebraska ? Iowa beats Michigan ? and on and on it has gone. In the end, I still think Ohio State is the most talented team-and the best team. Its roster is loaded with studs-and the Buckeyes still have the league?s top player in Jared Sullinger. Now, Ohio State must protect its home court and win some big road games. Trips to Wisconsin, Michigan and Michigan State all will be challenges for a team still motivated by last year?s NCAA loss to Kentucky.

What do you think of Wisconsin?s hiring of Matt Canada as offensive coordinator? – Greg, Madison

I like it Canada ran an offense similar to Wisconsin?s at Northern Illinois. NIU ranked among the top scoring attacks in the country last season and was just one of five squads to average at least 230 yards rushing and passing in 2011. That?s the kind of balance that made the Badger attack so effective under former offensive coordinator Paul Chryst, who is now head coach at Pitt.

Nothing major, honestly. Indiana is just a victim of crazy expectations as a 12-0 start has melted into 15-4 overall mark and 3-4 record in the Big Ten. Everyone seemingly wanted SO badly to stamp the Hoosiers as being "back." Well, we all need to remember this: Indiana is still a work in progress under Tom Crean. Those wins over Kentucky and Ohio State fueled Hoosier mania. Aside from Cody Zeller, the Hoosiers don?t have any mega stars. And this is a team that needs to learn how to win on the road. Other big issues have been turnovers and an inability to consistently get the ball to Zeller. But the biggest issue is soft defense, which has been the worst in the Big Ten (75.7 ppg in conference games). Indiana is a very good team. It?s just not great-at least not yet.

Will Northwestern finally get over the hump and into the NCAA tourney? -Alex, Chicago

I have my doubts, but I sure hope it happens. The Wildcats are 12-4 overall and 2-3 in the Big Ten as I type this. And last week, they showed how good they can be with that triumph over Michigan State. But NU followed that by getting hammered at Wisconsin. So I?m worried. Concerns: Northwestern?s depth, rebounding and defense. Also, John Shurna and Drew Crawford need some consistent help scoring. And will NU win a Big Ten road game? Right now, CBSSports.com bracketologists Jerry Palm has the Wildcats in the tourney. But they still have work to do.

I saw where new Penn State coach Bill O?Brien won?t hire an offensive coordinator and will call plays himself. Do you think that?s a good idea? – Larry, Washington, Pa.

I know O?Brien has forged a reputation as a play-caller with the New England Patriots, but I?m not usually a big fan of head coaches running an offense or defense. I just think a head coach should be involved with the totality of the team-and not focus on one side of the ball. Hire somebody you trust to run the offense. Head coaches are paid to lead-not call plays. In recent years, we have seen Oklahoma State coach Mike Gundy step away from calling plays-and the Cowboy program has taken off. Gundy knew he couldn?t spend so much time each week scheming and developing a game plan, as it detracted from the rest of the team and his other myriad duties. Bottom line: a good leader knows when to let go and trust those he has hired.

Were you surprised by any of the players who turned pro? – Daniel, Utica, NY

To recap, the Big Ten had five players declare for the draft: Michigan State?s Jerel Worthy and Edwin Baker; Iowa?s Riley Reiff; Wisconsin?s Peter Konz; Illinois? Whitney Mercilus. The only guy who surprised me was Baker. He had lost his job to Le?Veon Bell and had some fumbling issues, too. Plus, he lacks size and hasn?t shown to be a great pass-catcher. Is this guy really NFL material? The other four players all made the correct call. In fact, all four have a good shot to be first-round draft choices, I think.

What are your impressions of the staff Urban Meyer has built at Ohio State? – Tom, Dublin, Ohio

I like it a lot. I really like the hires of Tom Herman as offensive coordinator/quarterbacks coach and Ed Warinner as co-offensive coordinator/offensive line coach. Two sharps minds who I think can take the Buckeye offense to another level. New tight ends/fullbacks coach Tim Hinton also is a nice addition. He and Warinner are Ohio natives, which will help the Buckeyes from a recruiting standpoint. And will there be a better coordinator tandem on any defense in America than Ohio State?s duo of Luke Fickell and Everett Withers? I don?t think so. But Meyer recently saw defensive backs coach Taver Johnson leave for Arkansas, so he has a hole to fill. Still, this is a nice staff for Meyer?s maiden voyage in Columbus.

Send Dienhart your Big Ten questions via the form below.