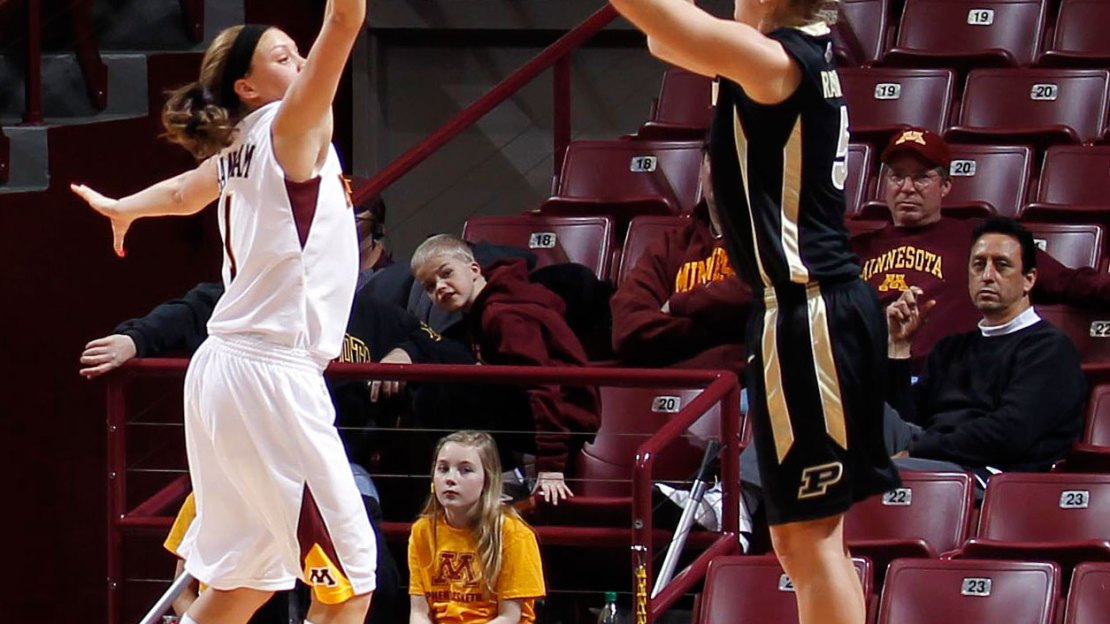 The college basketball world was buzzing last week when Illinois guard Brandon Paul had the game of his life. As if not to be outdone, Purdue's Brittany Rayburn went out and had the game of her life just two days later.  Basketball analyst and writer Patricia Babcock McGraw talks to Rayburn in her latest Gimme 5 audio segment. Jump down in this post to read and hear more.

For her performances in two Boilermaker wins, Rayburn was named Big Ten Player of the Week on Tuesday (full story at BigTen.org). On Jan. 12 she led Purdue to a win over Minnesota by shooting the lights out from 3-point range. She buried an NCAA-record-tying 12 three-pointers on 16 attempts and finished with 38 big points. She followed up her record setting performance by leading Purdue in scoring with 14 points in the Boilermakers' 57-55 victory against Iowa.

As one of the most dangerous shooters in the Big Ten, Rayburn is clearly a major reason Purdue is sitting atop the Big Ten standings with a perfect 5-0 record in league play. She leads the 15-3 Boilers in scoring with 15 points per game. Find out why Rayburn got so hot against Minnesota, how her shooting technique works despite not being "picture perfect," and how she fights through shooting slumps. Also, Brittany discusses how writing relaxes her and how her love for animals will be her life's devotion.

Listen to the interview here:

(Photo by Eric Miller/University of Minnesota)