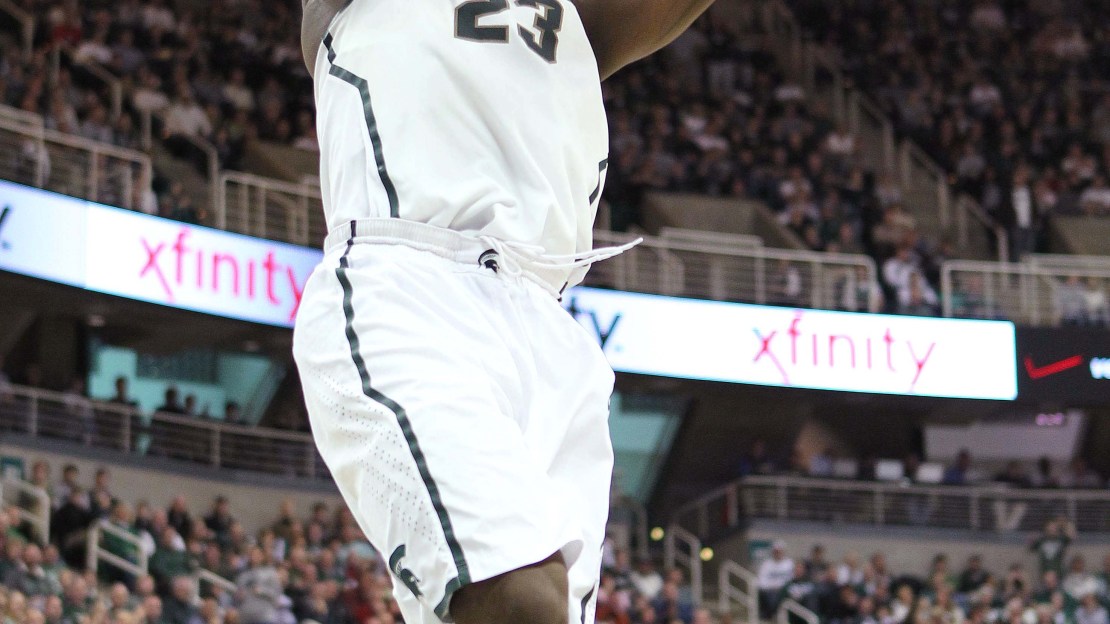 The Big Ten features 11 men's basketball games this week, including an interesting non-league contest that has Michigan playing at Arkansas. Will this week?s slate of games feature as many upsets, further jumbling the conference race? Here?s how I rank the games this week.

1. Michigan State at Michigan, Tuesday. How will the Spartans respond to the end of their 15-game winning streak? Like Michigan State, the Wolverines are coming off a road loss. This could be the road win that stamps the Spartans as the top Big Ten team. Or maybe not.

2. Wisconsin at Illinois, Sunday. Both teams are offensively challenged; both teams excel defensively. Another fun fact: The Illini have the longest winning streak in the Big Ten-three games.

3. Purdue at Michigan State, Saturday. The Spartans rebound and defend as well as anyone, especially at home. Can the Boilers find another consistent scoring option to complement Robbie Hummel? If not, this one could get ugly.

4. Michigan at Arkansas, Saturday. The Wolverines will find an intense environment in Fayetteville and face a go-go system that first-year coach Mike Anderson has installed. Michigan needs to slow the pace and shoot well vs. the 13-4 Razorbacks.

6. Northwestern at Wisconsin, Wednesday. The one thing missing from the Wildcats? resume: an impressive road win. The Badgers already have lost twice in Kohl Center this season. Hmmmm.

7. Northwestern at Minnesota, Sunday. Is there any coach maxing out his roster better than Tubby Smith? Of course not. The Gophers have followed an 0-4 Big Ten start with back-to-back wins. Gotta love Minnesota?s Rodney Williams, an emerging star.

8. Indiana at Nebraska, Wednesday. First the Hoosiers; then the Buckeyes on Saturday. A big week for the Huskers at home. If Indiana isn?t shooting well, it could struggle vs. a Nebraska team that has size and some skill on the perimeter in Bo Spencer.

9. Ohio State at Nebraska, Saturday. Doc Sadler?s team is making strides, but the Huskers aren?t ready for all of the firepower and talent that Ohio State possesses. Still, watch the battle inside vs. the Buckeyes? Jared Sullinger and Nebraska?s Jorge Brian Diaz. Could be fun-for a while, at least.

11. Penn State at Indiana, Sunday. The Hoosiers got clipped by Minnesota the last time they played in Assembly Hall. Look for Indiana to come at the Nittany Lions in waves, as the Hoosiers need to work on interior scoring and being more aggressive attacking the basket.

Agree or disagree with my rankings? Tell me in the box below. If you're looking for TV channel info and game times for these games, our BTN.com scoreboard offers a daily look at these upcoming games and others. On that page, use the calendar in the top right hand corner to choose an upcoming day.